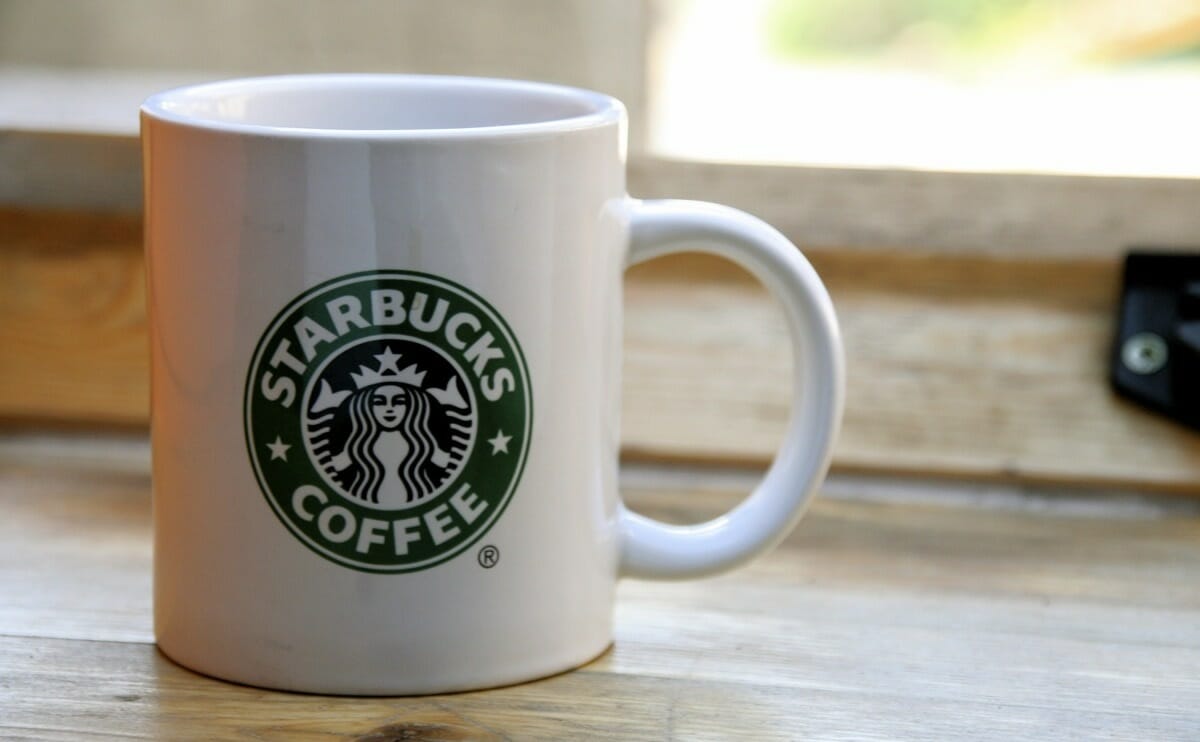 Back in March, a non-profit ethical consumer advocacy group called Green America began an anti-GMO (genetically modified organism) campaign called GMOInside. The goal was to make Starbucks replace all its milk with organic milk by using the #OrganicMilkNext hashtag on social media. GMOInside has been trying to get the campaign going for months, but it really took off this weekend thanks to a big push, including tweets from, among others, a healthy food blogger named Vani Hari. Hari goes by “Food Babe” and has many fans on social media, whom she calls the “Food Babe Army.”

But discussions on social media immediately collapsed into vicious attacks from those opposing the anti-GMO activists, who hijacked the hashtag to the point of out-yelling the original campaigners. The opposition is more varied than the original campaign, ranging from those shouting that “science” has proven the anti-GMO folks wrong (typical tweet: “Organic milk vs not organic? No difference, unless you are an entitled white person that also doesn’t understand science”) to some farmers who don’t believe organic designation should be an indicator of quality or ethics. Some decry the hashtag as “slacktivism,” some as “extremism,” some as “scare tactics,” some as “bullying.” The general tone holds that those campaigning for all-organic milk are dumb, and privileged, and ignorant.

A deeper dive into organic milk and Starbucks in particular reveals, above all else, that the entire issue is a rat’s nest with precious few undeniable facts to hold onto. It’s a total mess! And the chaos on Twitter — the name-calling, the necessity of short-form declarative statements, the inability to add caveats or nuance — shows just how lousy the social network is for actually discussing complex issues.

There’s more to the issue than we could really encapsulate in a single post, but here’s our best attempt at an unbiased, researched look at the what’s going on here.

Starbucks currently does not offer any organic dairy milk — it does offer organic soy milk — though according to a 2011 fact sheet, it sources over 90 million gallons of milk per year. It was chosen as GMOInside’s target not because it is the largest buyer of milk, but because it is a visible one. GMOInside hopes that “shifting to organic milk will create a sea change in the dairy industry.”

So what differentiates organic from non-organic milk? What are the activists upset about?

Those on Twitter who want to claim the all-powerful “science” is on their side can pick whichever one of those two studies reinforces what they already believe.

There are modifications in conventional (meaning, non-organic) milk that really should bring up some ethical qualms. Artificial bovine growth hormones like rBST and rBGH are commonly used in non-organic milk to increase production; these are like supercharged versions of natural cow hormones that essentially stop the cow’s body from shutting down milk production. The milk is not nutritionally different from non-hormone milk, nor is it dangerous to humans, but the practice is decried by animal rights activists. Bovine growth hormones are now banned in many places, including Canada and the entire European Union, due to studies which showed the growth hormones caused painful health defects in cows, from mastitis to lameness. They’re legal in the U.S., but Starbucks, after pressure from environmental groups, dropped all hormone-produced milk back in 2008.

The Department of Agriculture decides what is and is not organic. Currently, after a few changes in 2010, the big basic rules are thus: Organic dairy cows must graze in pastures for at least four months per year, their feed for the rest of the year must not have been grown from GM seeds or been treated with pesticides or synthetic fertilizers, and the cows must not be treated with hormones or antibiotics.

It’s important to note that organic certification can be expensive, finicky, and misleading. A farmer can use boatloads of fertilizer and herbicide, provided it’s approved organic stuff, and still be certified. Plenty of giant factory farms can conform to the letter of the law and remain organic, while still operating in ways ethics-conscious consumers might find troublesome. On the other side, many farmers don’t bother getting certified because of the price, but still operate some of the most ethical and highest-quality farms around. Organic isn’t a synonym for worry-free; it’s only an indicator, and a somewhat flawed one.

The differences between organic and non-organic milk’s effect on human health are not well understood; dairy advocacy groups as well as corporations with a vested interest, like Monsanto, claim there is absolutely no difference in nutrition or ill effects. Studies are varied, but most are inconclusive; the most decisive ones often have ties to corporations with a financial stake. For example: This 2010 study from Cornell found that there is no substantial difference in nutrition between organic and non-organic milk, and was funded in part by Monsanto. This 2013 study from Washington State University found that organic milk is higher in essential omega-3 fatty acids and therefore healthier than non-organic milk, and it was funded in part by Organic Valley, the largest organic farmer cooperative in the world. Those on Twitter who want to claim the all-powerful “science” is on their side can pick whichever one of those two studies reinforces what they already believe.

The main takeaway, again, is that we don’t know anything, and what we think we do know often directly contradicts itself. There are no easy answers!

The primary argument on the anti-GMO side centers around the feed given to non-organic cows. This feed largely comes from grain (corn, soy, and alfalfa, mostly) grown from genetically modified seeds, the majority of which come from three corporations: Monsanto, DuPont and Syngenta. These three companies hold patents on the GM seeds they created, and together have 53 percent of the total seed market in the country. The seeds are modified to be resistant to pesticides and herbicides, especially glyphosate, an herbicide marketed under the name Roundup. Both our own Environmental Protection Agency and the European Union equivalent conducted studies that found that glyphosate residue from farming is not substantially dangerous to humans. That said, long-term studies are limited due to the newness of the product, and it’s pretty easy to make the argument that the hefty lobbying arm of the GMO chemical companies had an impact on legislation. The main takeaway, again, is that we don’t know anything, and what we think we do know often directly contradicts itself. There are no easy answers! 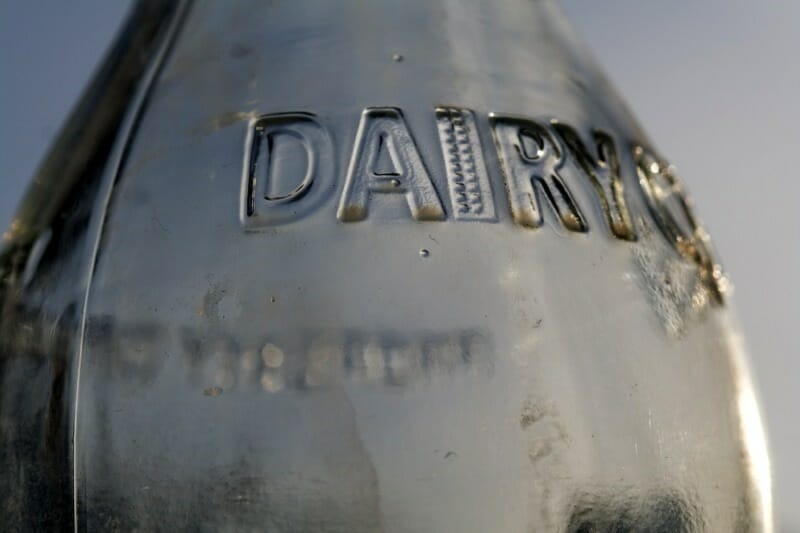 The final argument from the anti-GMO-ers is that the use of these genetically modified crops, in such large quantities, can have a disastrous effect on the environment. Certainly their low cost and near-guaranteed success make them an easy choice for farmers, to the detriment of other crops. It’s pretty well-proven that monoculture, in which a single crop is grown rather than the older tradition of rotating one crop one year and another crop another year, is bad, bad news; the Union of Concerned Scientists notes that monoculture can lead to poor, ruined soil, with excess nitrogen leaking into groundwater.

And relying on one crop, with one kind of herbicide, can allow for the rise of so-called “superweeds,” plants which are resistant to whatever attacks we’ve come up with and can easily take over. Just see our feature on pigweed, a variety of amaranth that invaded cotton fields in Georgia thanks to the use of monoculture tactics.

Starbucks, for its part, has yet to comment on the brouhaha, but MarketWatch notes that switching may not be in their interest, profit-wise; organic milk is much more expensive than non-organic, thanks to both increased cost and decreased milk production. That could make it tough for Starbucks to even offer a choice of organic or non-organic; who would opt for non-organic if given the choice? Or if the organic cost more, how many would really pay an extra $0.50 for a label as nebulous as organic?