Why one of the nation's largest chicken producers is willing to go organic for the sake of cleaner water. 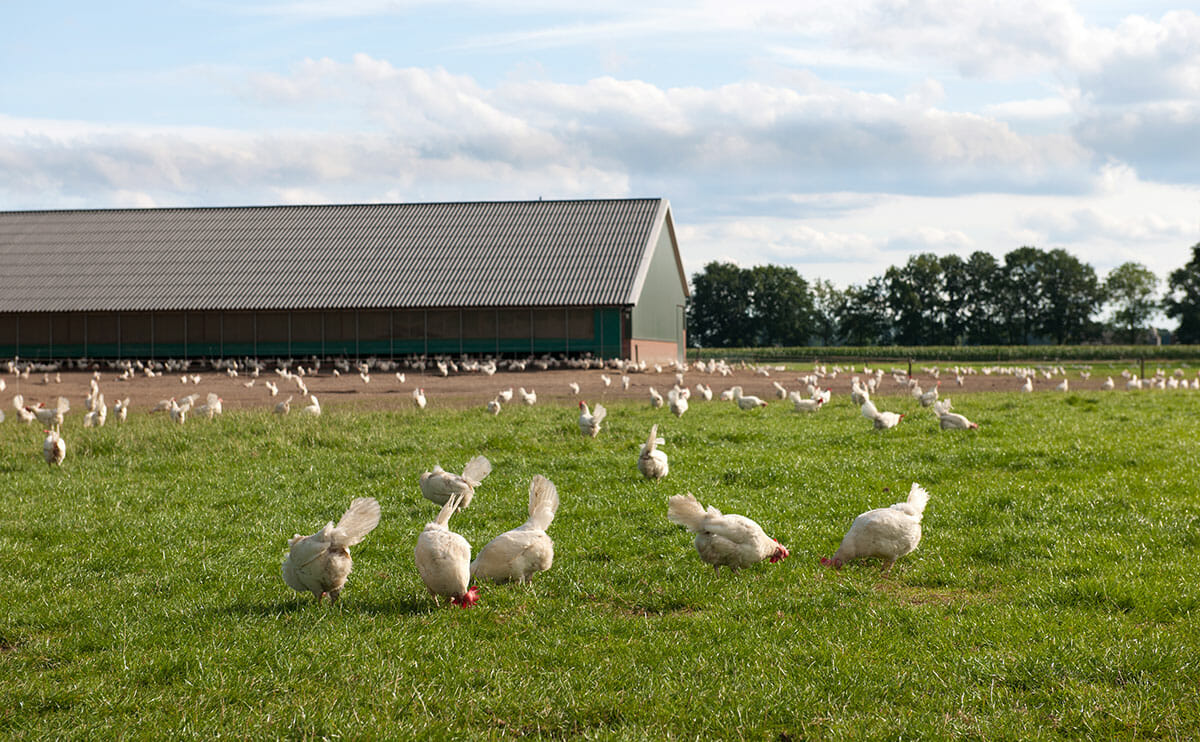 The company, based in Salisbury, Md., is still growing most of its organic chickens in Pennsylvania, which is home to Coleman Natural, the organic grower Perdue purchased in 2011. But with demand strong, Perdue is looking to expand its organic and no-antibiotics offerings.

If it does, it may well look to the 1,100 growers on Maryland’s Eastern Shore, where Arthur Perdue began selling eggs nearly 100 years ago. That move could prompt Big Chicken’s other large companies, Tyson’s and Pilgrim’s Pride, to offer more organic choices. And although organic growing standards have little to do with water quality, raising chickens differently could be good for the streams and rivers that often bisect poultry farms.

Those include some of the nation’s most troubled rivers, among them the Potomac as it courses through West Virginia and an Illinois River that is choking on pollution from poultry operations in Arkansas. The excess pollution from chicken manure has fueled algae blooms in the Chesapeake Bay and the Gulf of Mexico, and is partly responsible for the large swaths of dead zones on both those bodies of water – areas of low or no-oxygen where few critters can live. It is also partly to blame for a recent increase in Lake Erie’s pollution; things have gotten so bad there that the state has put the lake on a phosphorus diet.

Local environmental groups like to blame leaking wastewater plants and unsavory development practices for the sorry state of many waterways. But the truth is that farming is often the culprit. Agriculture is the largest source of pollution to the Chesapeake Bay, and manure is the largest source of agricultural pollution. The EPA estimates that manure accounts for 19 percent of the nitrogen and 26 percent of the phosphorus entering the Chesapeake. That’s one of the highest concentrations in the nation, but others are not far behind, according to the U.S. Department of Agriculture’s recent farm census. Iowa, Minnesota and Wisconsin have high concentrations of chickens, as do Alabama, the Carolinas and the area along the Texas-Oklahoma border.

The Chesapeake Bay remains so vulnerable to agricultural runoff because the lands that make up its Eastern shore are flat, and the water table is low. But every part of the country that grows chickens could be soon counting high phosphorus levels. That’s because of the three-legged stool of Big Chicken.

It works like this: Contract chicken growers raise thousands of birds in long, narrow chicken houses. When the flock is grown, workers clean out their manure from the chicken houses, and farmers apply the manure to nearby grain farms. The manure fertilizes the corn, which is ground into feed for the chickens. The chicken farmer picks up the feed to nourish a new flock, and the process begins again.

So the first leg is raising the birds, the second is applying their waste to fields that grow corn, and the third is grinding that corn into chicken feed for the birds.

Those three legs have meant work in an area where jobs are hard to find: Work for the chicken growers, the staff at the grain elevators, the cleanout crews, the grain farmers and the agronomy consultants. It means that farmers who have manure don’t have to buy expensive, petroleum-based fertilizers, and chicken farmers without any crops have another commodity to sell. It’s been great for Salisbury, which has transformed from a sleepy town into a relatively cosmopolitan city, with a first-rate university that includes many buildings named for Perdue. And it’s meant that the land in Maryland, much of it a commutable distance from Washington, D.C., has remained agricultural instead of turning into more houses.

But there has been a price to pay. In 2012, those Maryland poultry farms generated 332,000 tons of manure, according to the Maryland Department of Agriculture. The bulk of it remained on Maryland’s jangly Shore peninsula, feeding the three-legged stool – fertilizer for corn and grain that feed chickens, which in turn generate waste as they grow, which is destined to be applied to fields and make yet more corn that will be milled into chicken feed.

In the process, manure becomes an ingredient in the toxic soup. Manure runoff, along with stormwater, excess pollution from sewage and leaking septic tanks, has fueled algae blooms, led to high counts of fecal coliform, and contributed to low-oxygen conditions in the waterways.

Many Marylanders decry the pollution, but hold a soft spot for the farmers. In 2010, the Waterkeeper Alliance sued Perdue and one of its growers, Alan Hudson, accusing them of polluting a tributary of the Pocomoke River via a pile of chicken manure. The pile wasn’t manure – it was biosolids, or treated human waste – and the lawsuit unraveled. A judge ruled for Perdue and Hudson in 2012.

Post-Hudson, manure remains a problem in the Chesapeake and elsewhere. Farmers apply manure to meet their nitrogen needs, which means they almost always over-apply phosphorus. That’s because the ratio of nitrogen to phosphorus is not consistent with the crops’ production needs, according to Royden Powell III, assistant secretary of the Maryland Department of Agriculture.

For decades, the science indicated that phosphorus would stay put. Today, Powell said, agronomists know that not only can phosphorus run off the land, but it can also travel through sub-surface pathways.

To address that, Maryland authorities want to roll out new regulations that would limit the phosphorus farmers could apply to their fields. Under the new parameters, half the farms on Maryland’s Eastern Shore would exceed those limits. The phosphorus rules have been delayed three times because of farmer protests, and will be delayed again because of another new law requiring an economic study.

While the state waits, the concentrations of phosphorus are increasing in many Maryland rivers running through Chicken Country. Researchers who work on phosphorus issues have noted that the process of setting limits is challenging everywhere. Rarely, though, has it become as political as it has in Maryland, where a decade of wrangling over limits still hasn’t led to any firm ones.

It’s important to focus on what the birds eat, not what comes out the other end.

Intuitively, the organic-means-less-manure theory seems correct because organic chickens do grow more slowly, said Russ Brinsfield, director of the University of Maryland’s Center for Agro-Ecology and a farmer himself. But it hasn’t been studied; the organic standards, Brinsfield said, focus on what the birds eat, not what comes out the other end. Other factors in reducing the manure burden include raising chickens in less confined quarters, diversifying an operation to include eggs and changing the feed to something less corn-intensive.

More organic production could mean less airborne pesticides and herbicides. But, Brinsfield said, Perdue is moving in this direction because of its bottom line.

“They see this as an emerging market, and they’re trying to capitalize on it.”

Anything that reduces the amount of manure would be a positive for America’s poultry-producing regions. A robust organic operation would not knock over Big Chicken’s three-legged stool, but it might at least hobble it.

Rona Kobell is a staff writer for the Chesapeake Bay Journal and co-producer of the monthly show Midday on the Bay on WYPR radio.