For those not yet familiar with the “poor man’s banana” as it is also known, the pawpaw is an oblong-shaped fruit, light green in color, averaging the size of a standard supermarket potato (though cultivated varieties of the fruit are larger). The inside of the fruit is a creamy, custard texture, varying in color from […] 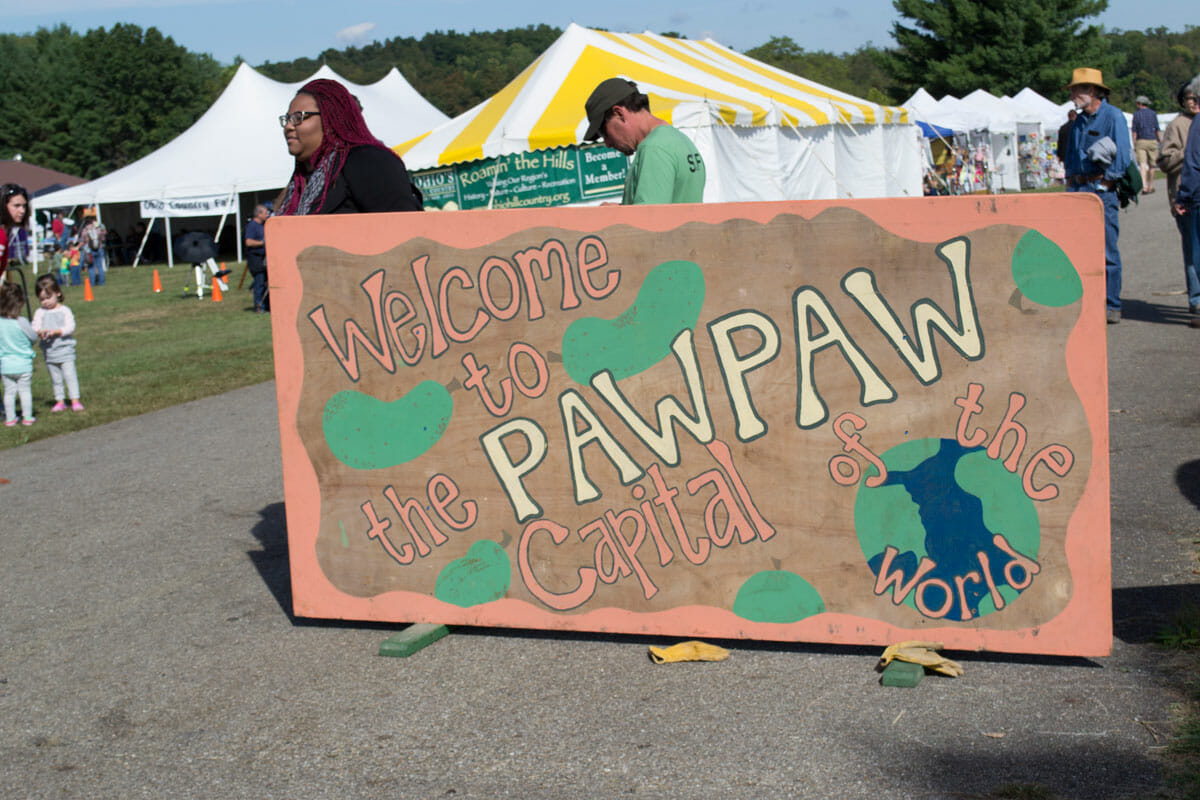 For those not yet familiar with the “poor man’s banana” as it is also known, the pawpaw is an oblong-shaped fruit, light green in color, averaging the size of a standard supermarket potato (though cultivated varieties of the fruit are larger). The inside of the fruit is a creamy, custard texture, varying in color from creamy-white to yellow-orange. Its taste is most commonly described as a cross between a mango and a banana. Pawpaw trees grow wild throughout much of the eastern half of the United States, from eastern Nebraska to the Atlantic coast and as far north as New York.

According to nutritional information provided by the Kentucky State University Cooperative Extension Program, the pawpaw fruit has a higher amount of protein than the banana, apple or orange. It also has higher concentrations of most minerals and essential amino acids. Add antioxidants to the mix and you have some wondering if the pawpaw has the potential to become America’s own superfruit.

The pawpaw fruit has a higher amount of protein than the banana, apple or orange.

Most likely, that’s not going to happen overnight. While it’s no secret that the pawpaw was popular with our country’s early European settlers (including some founding fathers), the fruit has unfortunately followed powdered wigs and quill pens into relative cultural obscurity. Even as local and foraged foods have risen in popularity, the pawpaw has managed to keep a rather low profile.

Despite the fruit’s humble status, however, Integration Acres in Ohio has been in business selling pawpaws for over a decade. Owner Chris Chmiel doesn’t seem at all concerned that pawpaws aren’t more popular. He says that business has been growing “slowly and steadily” since he started the company in 1996. Chmiel acknowledges that the pawpaw faces challenges to being offered on grocery store shelves, and he isn’t convinced that the fruit will ever be available year-round.

That season is only from around mid-August until mid-October, however. So to extend the fruit’s availability, Integration Acres started processing and selling pawpaw pulp. While Chmiel says that individuals and “pawpaw enthusiasts” account for a substantial amount of sales, there is also a newer sales trend helping to grow the fruit’s popularity: pulp purchases by micro-breweries.

“That industry is always looking for new things to try, and [pawpaws] provided an opportunity for brewers to create something that is different and satisfying,” says Chmiel.

Kelly Sauber, who runs a micro-distillery in Southeast Ohio, coordinates beer sales for the Pawpaw Festival. Before hitting the hard stuff two years ago, Sauber was also brewmaster at the Marietta Brewing Company, where he created the world’s first pawpaw beer back in 2002.

According to Sauber, the pawpaw did not disappoint:

“Pawpaw is a wonderful fruit in beer. It is surprisingly subtle considering how strong the flavor and aroma are when eaten straight. The tropical flavor blends very well with both wheat malt and esters produced by yeast during fermentation.” Kelly decided on using a wheat beer to introduce the pawpaw, saying that although it can be used in most styles of beer, his preference is for the “lighter-bodied, milder-flavored styles” that highlight the fruit’s flavor.

“Pawpaw is a wonderful fruit in beer. It is surprisingly subtle considering how strong the flavor and aroma are when eaten straight,” says Kelly Sauber

Twelve years later and there are now seven pawpaw beers on tap from six breweries, all from Ohio. Thanks to the success of Sauber’s pawpaw-wheat prototype, and to a population that has become increasingly interested in craft beers, the pawpaw may have finally found the market it had been lacking; at least in Ohio.

Jerome Welliver, of Black Box Brewing Company, points out that it is less complicated for small brewers to keep their product in-state, avoiding some of the headaches that come along with federal regulations. Now in his third year making pawpaw beer for the festival, Welliver will be bottling a limited amount of his Belgian-style pawpaw beer this fall. Jackie O’s brewery in Athens, Ohio, and Cleveland’s Buckeye Brewing Company have also released pawpaw beer in bottles, expanding the reach of their products.

Outside of Ohio there are signs that pawpaws are being embraced as well. Integration Acres has shipped pawpaws to breweries in Michigan, North Carolina, and Indiana. Although Chmiel takes a modest approach when discussing the pawpaw’s potential, he seems optimistic that pawpaws and beer have a future together.

“I would like to see this continue on its path of growth. And it seems like it will. If this is any indication, the last 16 years, things happen slowly but surely.”

Though it is still unclear whether pawpaws will ever end up in the produce section of a grocery store, while you wait to find out, you may want to check the beer aisle.