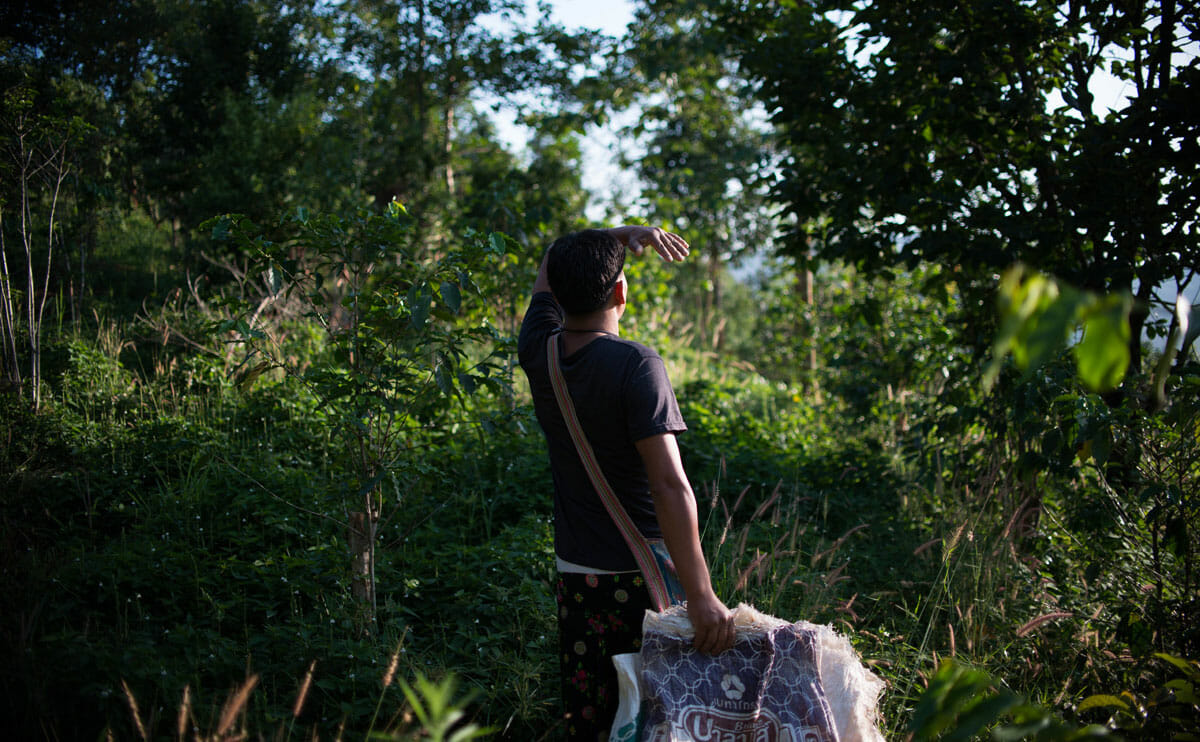 In the later half of the 20th century, as westernization and the modern world spread into the highland and mountain regions, government pressure began to phase out the growing of opium, a traditional cash crop for the Lahu people. Along with this push towards sedentary agriculture came the culturally harmful ban on traditional hunting. This, coupled with further restrictions from the authorities, had a devastating impact on the lives, livelihood and cultural practices of the Lahu people.

Recently, large agricultural and farming companies have begun pushing new and often harmful products onto these now sedentary and agricultural communities (with little regard for the long-term effects on the people or the land). This is where the pivot towards organic and community-based initiatives began. Empowering the local community and village with the knowledge and skills to both protect the land as well as to improve their current conditions.

The farm grows a variety of fruits and vegetables that are sold both locally as well as in Chiang Mai and Chiang Rai in the lowlands. Its largest and most important crop is coffee, which is sold throughout the north of Thailand as well as in North America and Europe.