A Bacon-Powered Motorcycle Is Cruising Your Way 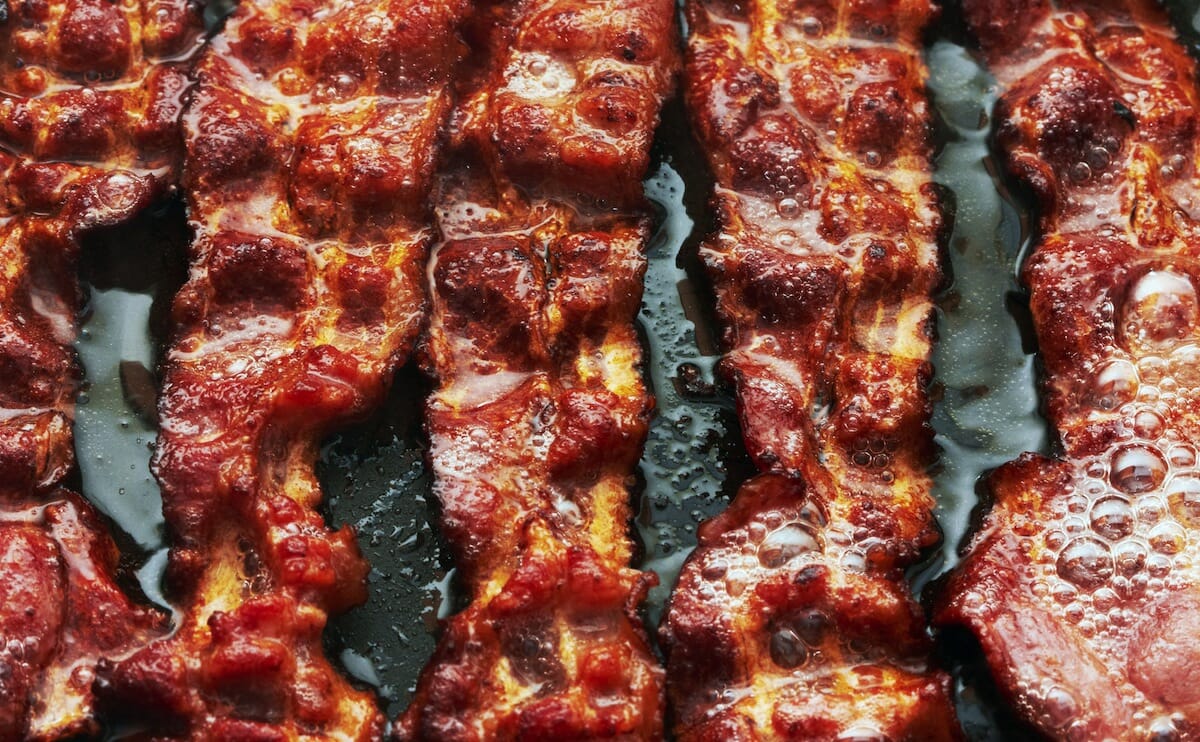 Austin, Minnesota-based meat brand Hormel Foods has collaborated with a biodiesel production company to create a B-100 fuel from the company’s bacon grease. “We actually had the grease from our Rochelle, Illinois plant so it is all 100 percent Black Label,” Nick Schweitzer, Hormel brand manager, told Austin’s KAAL TV. Running about $3.50 and 75 to 100 miles per gallon, the bike will be the star of a documentary, “Driven by Bacon,” where one lucky bacon-phile will ride from Austin to San Diego and talk to other “passionate people” along the way.

‘The exhaust smells like bacon. So when we cruise past you, you’ll thank us.’

“The whole goal was to really find people that are to the core about something,” said Scott Schraufnagel, who works for an advertising agency in charge of the project, to KAAL. “We’re obviously bacon to the core, but [we want to find] people that have a passion or have something they really believe in.” The film is scheduled to debut at the end of August at the International Bacon Film Festival in San Diego, which takes place at San Diego Bacon Fest – a Hormel Black Label Bacon-sponsored event, naturally.

The real question, though, is whether bacon grease could be the fuel of the future. Back in 2009, the Los Angeles Times reported briefly on Bio-Blend Fuels, a Wisconsin-based company that was turning bacon grease into diesel before it was cool (Bio-Blend Fuels was founded in 2005). Sadly, the company permanently shut down its fuel production, according to an announcement in January. But perhaps the press from Hormel’s marketing push will generate future interest in this eco-friendly option.

“If there were a bacon biodiesel tanker spill in the ocean, the fuel would be safe and mouthwatering fish food,” the project organizers told the Washington Times. “This bacon biodiesel is nearly carbon-neutral, meaning it contributes almost zero emissions to global warming.”

No doubt, those claims will need to be verified, but there is a more important factoid to be shared: “The exhaust smells like bacon. So when we cruise past you, you’ll thank us.”