The Goats of Detroit: A Q&A With Billionaire Urban Farmer Mark Spitznagel

We talk to Mark Spitznagel about why he brought his goats to Detroit and how he thinks urban farming can turn the city around. 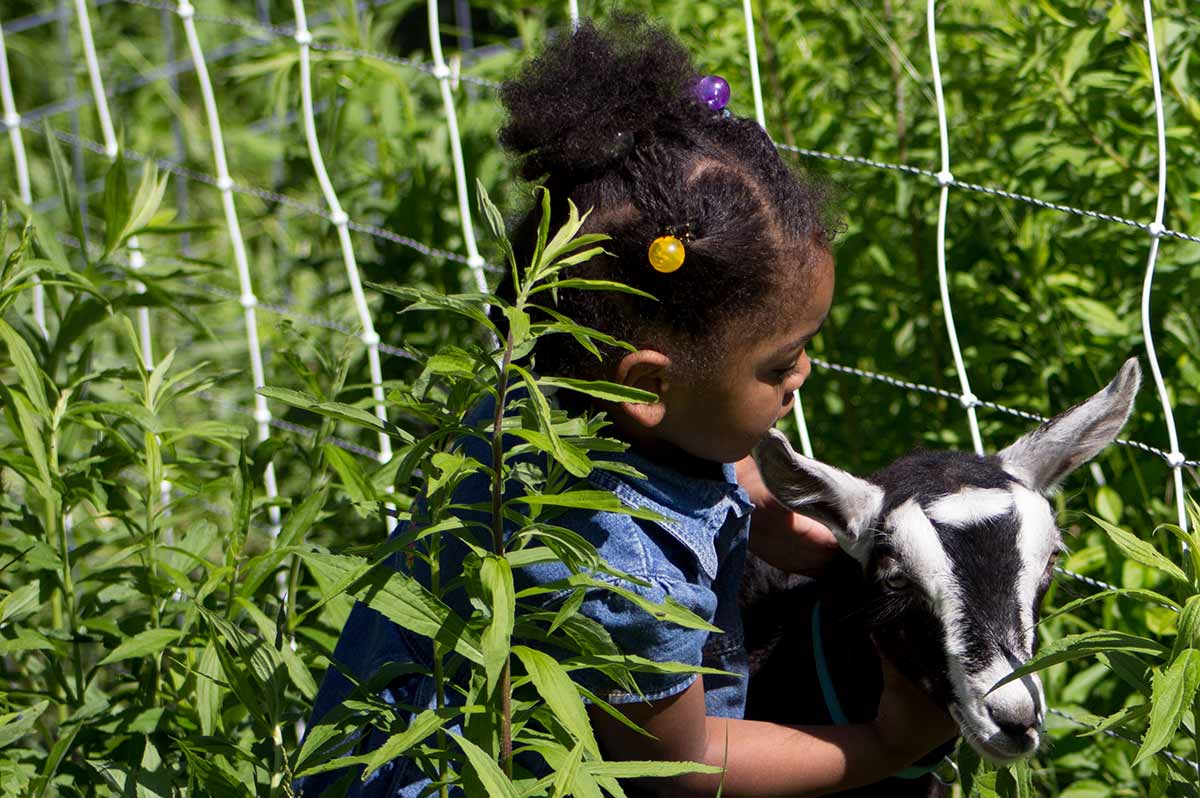 Not that’s all been smooth sailing. Spitznagel, owner of Idyll Farms, has been in the news a lot lately after he tried to introduce some of his goats to one of the hardest hit neighborhoods in Detroit, Brightmoor. A dust-up with local politcos put the plan on hold, but Spitznagel says he is not bowing down.

We caught up with him over the phone at his farm in Northport, Michigan to talk about Detroit, goats and the future of urban farming.

Modern Farmer: You made headlines recently after bringing some of your goats to the neighborhood of Brightmoor without permission from the city. Why Brightmoor, was there already an urban farm established there?

Mark Spitznagel: Oh yeah, this is a very active community. They’re doing all kinds of things, like creating community gardens and turning abandoned homes into community structures. We’ve told the press this before, but I’m not sure if they picked up on it. The community has been doing this on their own, without the permission of the city, before we came in. That’s just the positive entrepreneurial spirit that exists within the community. We’re just trying to take that spirit and help scale it up by offering any resources and expertise we have. That’s why we brought the goats in.

Guerrilla farming brings attention to pieces of publicly controlled land within the city that have been abandoned and converts them from a nuisance to an asset.

MF: How do you think guerrilla farming tactics, like bringing your goats to Brightmoor, can help renew a city like Detroit?

MS: Detroit is very much a place that lives by what I call ‘home rule.’ The people are bound by a lot of laws from years ago that restrict them from doing things that can help their community. The people of Brightmoor have decided to step up to ensure the survival of their families and the community. One of the ways they are doing this is with guerrilla farming. Guerrilla farming brings attention to pieces of publicly controlled land within the city that have been abandoned, left vacant or have been left to grow wildly out of control by absent owners. It cleans these areas, brings them into a productive capacity and converts them from a nuisance to an asset within the community.

The community of Brightmoor has seen a lot of former residents leave the community, and as a result the area has become a dumping point for refuse and other unsavoury things. Through planting, growing and gardening the residents have put their stake in the ground, literally, and are saying we need to do something to turn this around. Guerilla farming has been a really positive thing in Brightmoor.

MF: Why goats, what do they offer the people and the land?

MS: Brightmoor is the perfect place for goats. The area is pretty dire, there are plenty of vacant lots and abandoned buildings, and the whole area is growing up with brush and coarse vegetation. If you’re looking for a definition of an ideal diet for a goat, that’s pretty much it. Placing goats in these areas is the best value-adding way to turn these wild thickets into areas of controlled growth. Instead of costing dollars to clean up an area, they create dollars. Goats are resilient animals and they kind of represent the irrepressible spirit of a determined neighborhood like Brightmoor.

What exists in Detroit is an amazing opportunity to redefine the place and capacity of agriculture as a component of civic development.

MF: You’re a goat farmer yourself. How did become interested in working the land?

MS: Well it started in 2010 when we bought a dilapidated farm in northern Michigan, near the area where I grew up. The area is really starting to become known as a hub of sustainable farming and has a growing foodie culture. We knew we wanted to get into farming and we also wanted to try to capture the identity of the area. Wine and cheese are two rapidly growing industries in the region so we decided to go with one of those. Making goat cheese and goat farming is a very interesting and integrated process. Pastoral, sustainable goat farmstead cheese making, to me, is a great example of what’s so cool about getting, and giving, back to the land.

MF: The city has evicted your goats, but surely this isn’t the end. What do you think is next for Brightmoor?

MS: I think Brightmoor has the potential to be an incubator for economic innovation around urban agriculture. This holistic, sustainable system could very much be a driver for economic development in the area and be established as a foundation for success in the community. Brightmoor is a great place to showcase how urban farming can be a model for development because it’s such an extreme example. I mean, urban farming is happening in wonderful ways all over the world, but Brightmoor offers a unique opportunity to see the effects because there really is nothing else going on there.

MF: Do you think this model can be expanded for use all over the world?

MS: Absolutely. Detroit offers a great opportunity to bring agriculture back to the consumers. Ever-increasingly, food production is moving further and further from the people who actually consume the food. What exists in Detroit is an amazing opportunity to redefine the place and capacity of agriculture as a component of civic development. Having a chance to develop an integrated model of commercial agricultural within an urban environment is unparalleled and may, in fact, become a design for the future. I think it gives people a chance to reconnect with the land, to understand how what they do at home effects their food, to recouple cities with the farms that supply them and demonstrate the reality of conservation, values and sustainability.

(This interview has been edited and condensed)