Care for a Glass of Donkey Milk?

Spurred by interest in using donkey milk for both cosmetics and culinary reasons, Europe is experiencing a donkey milk revival. 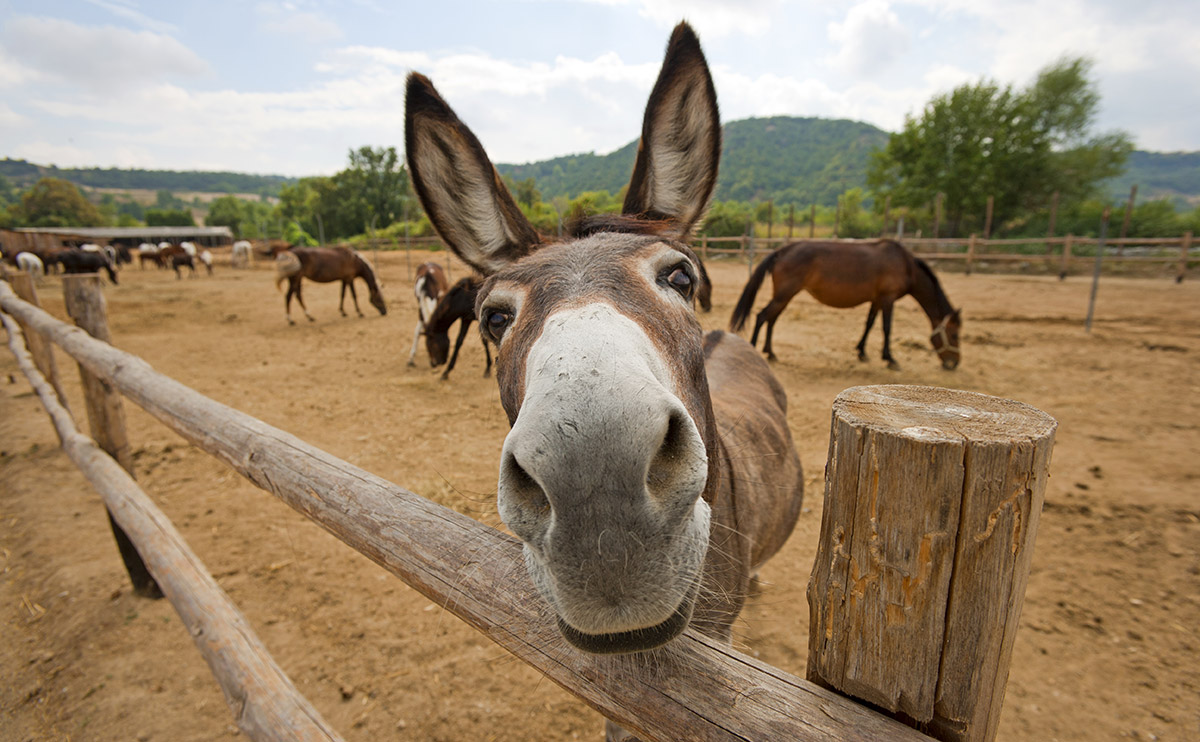 Over the past couple of months, Jean-Michel Evequoz, a chef and teacher at Les Roches International School of Hotel Management in Switzerland, has been experimenting with donkey’s milk, with a view to figuring out just how well it lends itself to traditional European cuisine.

Thus far, he’s made a simple panna cotta, a “mousse au chocolat blanc” and he’s working on an emulsion of donkey’s milk and wild flowers to complement a poached lobster.

‘Donkey milk works very well in a number of recipes, and when you add in sugar and chocolate in particular, the taste is amazing.’

“The milk works very well in a number of recipes,” says Evequoz, “and when you add in sugar and chocolate in particular, the taste is amazing.”

Evequoz is one of a small yet growing number of donkey milk aficionados in Europe, all of whom are instrumental for what’s become a sort of renaissance of both the milk as well as the animal that produces it.

The Truth About Ass Cheese

Although donkeys played an important role in European history and were key to everyday life up until the Industrial Revolution, the advent and widespread use of machinery very quickly relegated the donkey to relative oblivion. Except for a few villages where a more traditional lifestyle prevailed, donkey milk is remembered mainly because Cleopatra allegedly bathed in it, says Pierluigi Orunesu, founder of Eurolactis, a company based in Switzerland and Italy focused exclusively on donkey’s milk.

Orunesu is originally from Sardinia and grew up seeing donkeys around his native village. Fascinated by this “gentle and special animal,” in 2007, Orunesu found a farm that had bred donkeys for over 20 years and launched Eurolactis.

At that time, the farm had 350 donkeys. Today, Orunesu says, the number has grown to over 900, in response to the increased demands Eurolactis is getting for donkey’s milk, both for cosmetic reasons (the firm supplies the milk to a large French cosmetics company that makes soaps and creams) as well as for dietary ones, since a number of studies have shown that donkey’s milk is ideal for those who suffer from traditional dairy allergies.

That’s because the ratio of casein to whey protein in donkey’s milk is almost identical to human milk, Orunesu says, and like human milk, donkey’s milk is also rich in lactose and low in fat. These similarities inspired Eurolactis to produce powdered donkey milk formula in Europe for babies and children with allergies to both dairy and soy milks. Earlier this year, the company also experimented with ultra-high temperature (UHT) technology to package liquid donkey milk in Tetrapaks.

Donkey’s milk is light and easy to digest, and across Europe, demand continues to increase, Orunesu says. In the first four months of this year, he says he has doubled his business and now is actively looking in the U.S. to connect with companies interested in using donkey’s milk for cosmetic purposes. Although the consumption of donkey’s milk in America may still be a ways off, “I get a question from the U.S. just about every week from people looking for dairy milk substitutes who have heard about donkey’s milk,” he says.

Raising donkeys is much easier than raising either horses or cows, says Jean-Francois Wanbeke, a computer engineer-turned-donkey breeder.

He and his wife, Benedicte, were novices the field: They started raising donkeys in 1997 and today run a successful farm in the foothills of France’s Pyrenees mountains, where they not only produce and sell donkey’s milk and experiment with it in their cooking, but also educate visitors to their farm about the animal.

“In the years I’ve been raising donkeys, I’ve seen more people getting into breeding, some of whom are just in because they think it’s going to be a quick way to make money,” Wanbeke says.

Wanbeke believes that the greatest challenge for those who are serious about donkeys and donkey milk is to make sure that the supply and demand dynamics remain in balance.

“The whole point is that donkey’s milk shouldn’t become a mass-produced industry like bovine milk,” he says.

Fortunately, the donkey’s milk-producing ability may do that naturally, since a female can only give between 1.5 and two liters of milk a day (compared to around 50 or 60 liters for a cow), Orunesu says.

This automatically rules out the possibility of mass production (also, female donkeys can only be milked by hand, he says), and will limit the use of donkey’s milk to a smaller, more select market.

Which means for now, donkey milk will remain a rare and highly specialized commodity — but if the wider world starts to develop a taste for donkey all milk, all that could change.

Hi can you please let me know how or where I can buy organic donkey milk? And can I use donkey powder? Will be the same
If you let me know I really would be appreciated
Thank you
Betul

Hi,
please let me know if you supply donkey milk powder.if yes, how much would be the price of 1 pack (about 1 LB)
Thanks
Firooz

want to buy donkey milk for my niece, because Jesus also rode a donkey and I feel he has a miracle for my niece Lenora. If there is any way you can help me obtain some I believe my prayers will be answered. Someone hear my cry and respond. Mary Murray

Popular
Could Dissolvable Cranberry Film Replace Plastic Packaging Someday?Emily Baron Cadloff
Alaskan Salmon Face a Stream of New MinesBecki Robins
7 Smokable Plants You Can Grow That Aren’t MarijuanaBrian Barth
Why Don’t We Eat Turkey Eggs?Dan Nosowitz
Goat Sex: Everything You Wanted to Know But Were Afraid to AskAndrew Amelinckx
Explore Modern Farmer
Related
Environment, Food & Drink
Where Has All the Mustard Gone?Chloe Faure
Animals, Environment, Technology
Alaskan Salmon Face a Stream of New MinesBecki Robins
Animals, MTMF
Meet the Maine Teenager-Turned-Landscaper Thanks to Grazing GoatsBridget Shirvell
Animals, Environment, Health
To Stop New Viruses Infecting Humans, We Must Protect Bat HabitatAlison Peel, Peggy Eby, Raina Plowright
wpDiscuz
We use cookies on our website to give you the most relevant experience by remembering your preferences and repeat visits. By clicking “Accept”, you consent to the use of ALL the cookies.
Cookie settings ACCEPT
Privacy & Cookies Policy