The Dog Kings of Scandinavia

A look back at a time when dogs were kings. 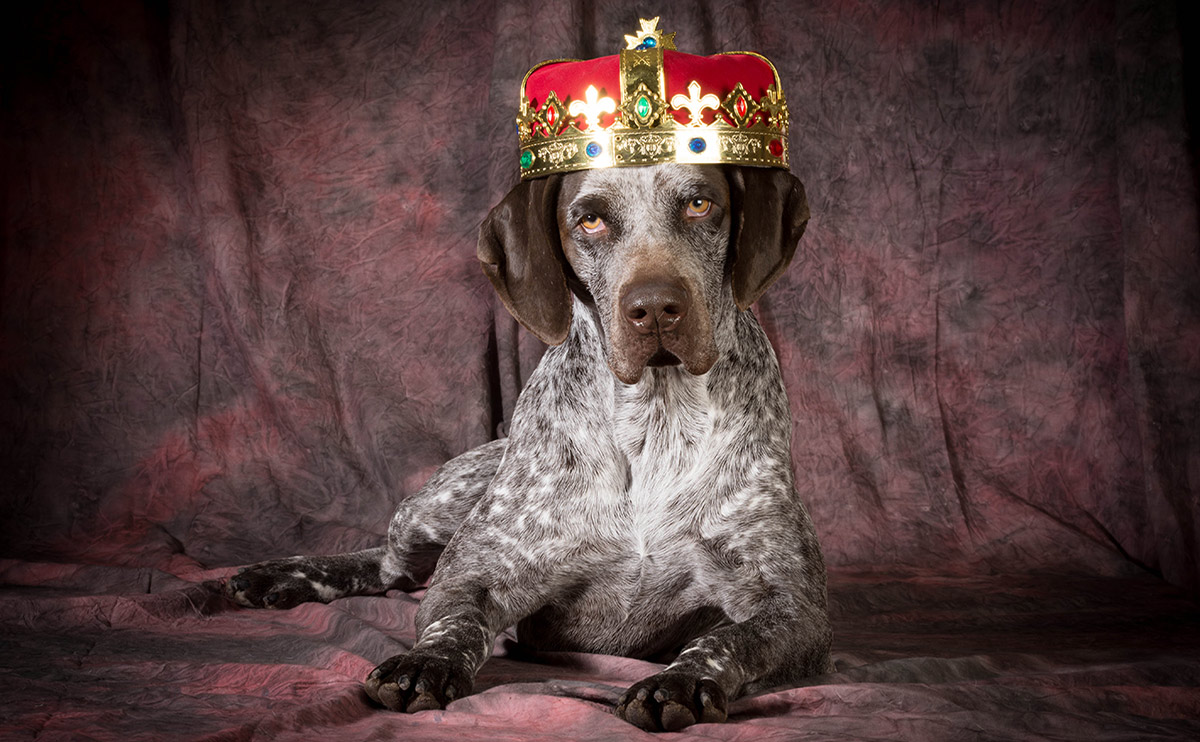 “All three were put in place by an over-king over a people he had just conquered, usually as an insult,” Lindow says.

Such is the case of Saurr, a dog that served as the king of the Norwegian region of Drontheim in the 11th century. Eystein, a king of the Norwegian Uplands, instated Saurr as king after the recently conquered people of Dronthiem killed his son. Eystein gave the people a choice between his slave, Thorer Faxe, or his dog, Saurr. Thinking they could get rid of the dog sooner, the people of Dronthiem chose Saurr.

Saurr was not just a king, he was also the shepherd of a royal fold of cattle.

As written in the epic Heimskringla, the story of Saurr tells that the dog king was gifted the wisdom of three men, and was able to speak a broken language of words and barks. He sat upon a regal throne at his palace in Inderoen and wore a jewelled collar of gold and silver.

But Saurr was not just a king, he was also the shepherd of a royal fold of cattle. It is written that one night a pack of wolves broke into the fold and, upon the nefarious urging of his advisors, Saurr leap in to defend his property. No match for a pack of wolves, he was torn to pieces, thus ending the reign of Saurr.

The Heimskringla, a collection of sagas of the Norwegian Kings, holds the modern version of the story of Saurr, although similar tales appear in several other historic volumes of Swedish and Norwegian origin.

Saurr is not the only notable dog king in Nordic history. Lindow says a Danish text tells the story of Rakke ”“ the Old Danish word for dog ”“ a canine king appointed to rule over the Danes by the Swedish over-king Adils. As the story goes, King Rakke saw a pack of dogs fighting one day and tried to intervene. Like Saurr, Rakke was torn to pieces by the feuding pack and cast into the pages of history.

The Danish texts tell of yet another story of a dog king — whose name has been lost in time — again, in Norway. It is written that the Swedish over-king Gunnerus made the unnamed-canine king to humiliate the Norwegian people. It is not known for how long this mysterious ruler served. (Although presumably, he too was eventually torn to pieces.)

What all these mythic dog kings have in common in that they were put on the throne as an insult. However, with Congressional approval ratings hovering around 13 percent nowadays, we don’t think it’s out of the question that a dog could get elected to office these days. Representative Scooby-Doo has a certain ring to it.