A duck egg, fertilized for 17 days, hard boiled and then consumed right out of the shell is a popular Filipino bar snack. But it has its fans in the U.S. too. 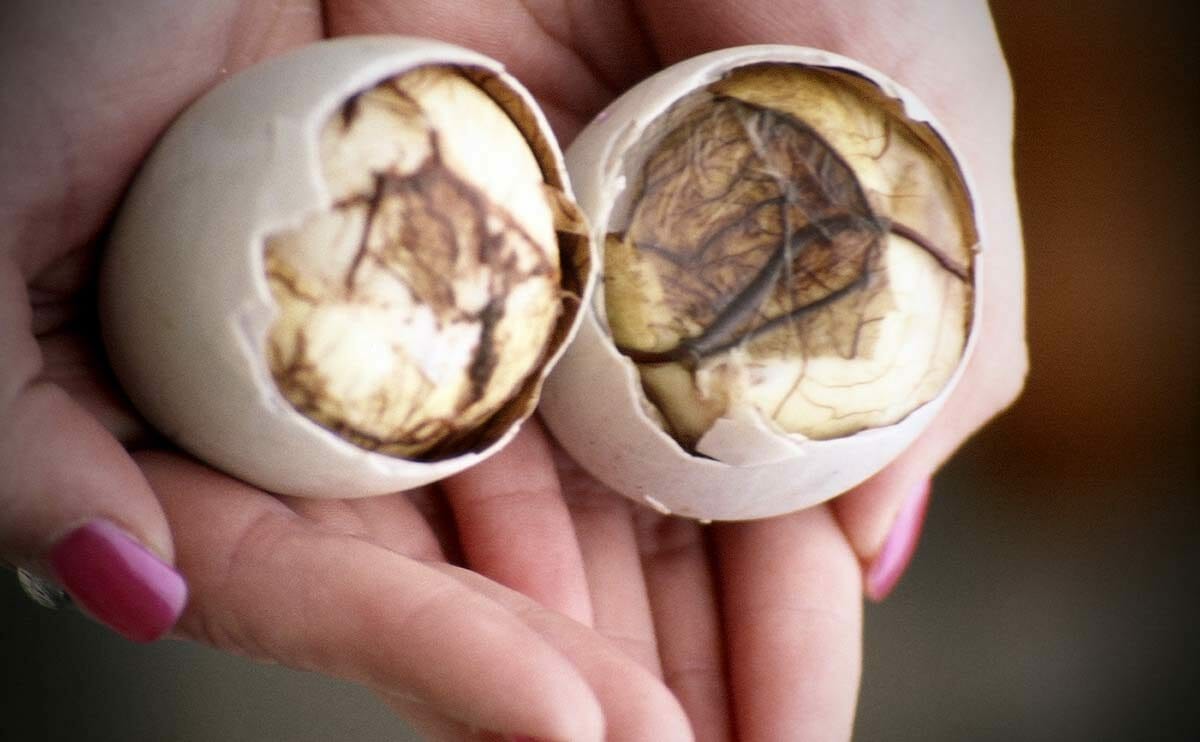 More than 30 years ago, Metzer saw opportunity where others might have seen a product suitable only for “Fear Factor”.

“My father had ducks as a hobby during his retirement. He was approached while I was a junior in college asking if he could supply 10,000 balut per month,” Metzer remembers. The request inspired Metzer to turn his father’s hobby into a full-time balut-selling business. Although he never sold any balut to the distributor who asked for 10,000 per month, local demand was more than enough to sell all of the balut Metzer could produce.

In the Philippines, balut are usually eaten as a street food or to go with a beer, explains Lars Roxas, Editor-in-Chief of Pepper.ph, a popular food blog about Filipino cuisine. “You don’t really see it at parties. You see it at low-class drinking occasions,” Roxas says. Indeed, Roxas says that although balut is recognized as a Filipino food around the world, it is consumed less and less in the Philipines, both because of increasingly Western tastes but also because of balut’s association with poverty.

‘A lot of men prefer to eat a fertilized egg that is much more developed, so that it looks gross, because that is a way to prove your manhood.’

How to Eat a Balut

“If you’re a man, if you’re a real man, you should buy balut, they say,” Roxas explains. “Some people think of it as like a natural Viagra.” Filipinos understand that balut doesn’t look appetizing to everyone. “A lot of men prefer to eat a fertilized egg that is much more developed, so that it looks gross, because that is a way to prove your manhood,” Roxas says.

In the Philippines, balut are generally still produced without modern incubators. The fertilized eggs are buried in sand and incubated there for 17 days. Once they’re developed enough to be sold as balut, the eggs are removed from the sand, boiled and then sold on the streets, usually by street vendors who carry the balut in buckets.

These vendors used to be ubiquitous on the streets of Manila, Roxas says, but as tastes change, they have become rarer. But as balut disappears from the streets of Manila, it is moving on to the menu at upscale restaurants both in the Philippines and elsewhere. Although Roxas considers eating balut in a restaurant unauthentic, he does say it is helping erase balut’s social stigma and ensuring that at least some balut producers survive.

In the United States, John Metzer has slowly shifted his focus from selling balut to selling ducklings, seeing more of a profit in hatched birds – which are sold for more than four times as much as balut. Nonetheless, he is probably the top producer of balut in the United States, selling around 250,000 balut eggs per year. Demand for his balut is fairly steady, and he often receives more requests for balut than he can fill during the fall and winter.

Metzer isn’t the only farmer to see potential in balut. There are a handful of smaller balut producers who sell at farmers’ markets, particularly in California, but none would agree to be interviewed for this article. They didn’t give a reason for declining to be interviewed, but balut production can be controversial: Metzer has had animal rights activists leave nasty comments on blog posts that mention his balut business. Nonetheless, balut is not sufficiently well-known to attract attention from major animal rights organizations.

Not all farmers who raise ducks for eggs and meat are 100 percent comfortable with the idea of balut, but duck farmers across the United States do report getting repeated requests for the Filipino delicacy. Some, like Luke Anderton in California, are convinced that producing balut would be the best way to make a profit as a duck farmer. Metzer wouldn’t necessarily agree: he says the balut part of his business operates at about break-even.

Most Americans are still most familiar with balut from scenes in “Fear Factor” or “Survivor”, if they’ve heard of it at all. But for a small number of duck farmers, balut represents opportunity.

Balut – there are only two options – you love it or you hate it..

Only sick and heartless people would want to eat something as vile as this. Is there nothing humans won’t exploit?