Stink Wars: When a Foul Wind Wafts From a Farm, Is it a Problem? - Modern Farmer
Lifestyle

Stink Wars: When a Foul Wind Wafts From a Farm, Is it a Problem?

The fight between homeowners and farmers over stinky farms is driving new science and techniques aimed at taming the most eye-watering emanations. 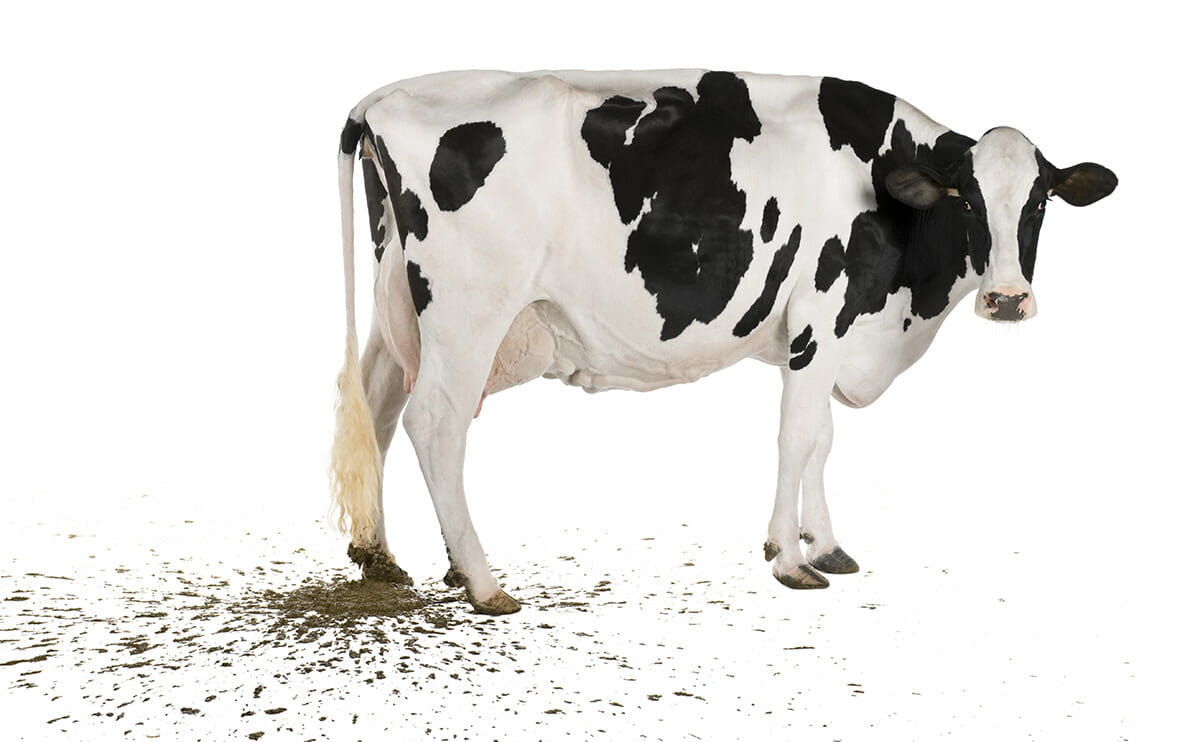 That’s John Klein speaking. He’s a graphic designer and photographer who lives in Michigan’s dairy country, just north of the Ohio border. Klein also serves as director of the Environmentally Concerned Citizens of Southern Central Michigan, and he is describing the smell produced by the farms around his home.

Klein is one of a growing number of rural and suburban residents who consider agricultural odors a problem – or, to use an oft-invoked legal term, “a nuisance.” The issue is driving new science and techniques aimed at taming the most eye-watering emanations.

At the same time, these powerful smells have become a flashpoint for nasty conflicts pitting farmers against their neighbors. Scientists often find themselves caught between these two entrenched sides.

As one expert, Robin C. Brandt of Penn State University, explained in a manual on farm odors: “The non-farming community views odors as strictly a nuisance. A farmer or food processor, however, sees odors as an unavoidable consequence of their livelihood.”

Accordingly to Charles McGinley, a Minnesota engineer specializing in odors, there are a number of things on farms that produce characteristically offensive odors, including insecticides, chemical fertilizers, and compost.

For sheer stink power, though, experts say manure is the worst, with pig manure the worst of the worst. “There are over 200 compounds in swine odor,” Colin Johnson, extension program specialist at the Iowa Pork Industry Center of Iowa State University. Among them are many of the usual suspects of the odor world, including ammonia, hydrogen sulfide (think rotten eggs), and something called “cadaverine,” which (you guessed it) smells of rotting flesh.

A lot of farmers contend that odors are simply part of farming – end of story. Patricia Roeske raises hogs and turkeys not far from John Klein’s home. She hasn’t noticed any strong odors and still dries her clothes on a line. Moreover, she worries that odor complaints will drive farmers out of business.

“Odor comes with the territory. If you don’t want imported foods, you got to think about what you’re doing to the American farmer,” she says.

For centuries, farmers spread un-composted, “green” manure on their fields as fertilizer. This still happens, mainly in spring and fall. But now, with dramatic increases in the number of animals per farm since the 1980s farm sizes, there’s a lot more manure to deal with.

Farmers know that expansion brings increased odor. “A lot of the calls I get about odor are from farmers being proactive,” says Johnson. “They’re planning to expand their operations and want to know how they can do so without getting odor complaints.”

Not that complaints will necessarily lead to action. Every state has “right to farm” laws that protect farmers from odor complaints produced in the normal course of farming. That means farmers are not liable for reducing livestock odors.

Klein traces the problem in his area to the late 1990s, when a number of large, new confined animal feeding operations, or CAFOs, began generating odors so extreme that residents’ health is affected.

“We’ve had people get sick in their home due to manure smells. When you have 66 million gallons of manure a year in a small area, you’re going to have that problem.”

The nature of that “problem,” however, depends in part upon what one expects the country to smell like. “Say you moved to the country for the clean air,” says Robin Brandt, who directs the Penn State Odor Assessment Laboratory. “If you are hosting your daughter’s wedding reception while your neighbor is spreading manure, it will spoil the young woman’s special day.”

To help prepare new residents for manure smells, Ottawa County, Michigan produced and distributed a brochure in 2003 called “If You Are Thinking about Moving to the Country.” It included a scratch-and-sniff area that smelled of cow dung. The brochure reportedly led to a dramatic reduction in odor complaints.

Other rural residents say “nuisance” is in the nose of the beholder.

Julie Craves, for instance, is an ecologist and writer who moved to the Michigan countryside after years in the city. Her home outside Ann Arbor is surrounded by farms and farmers – including one guy who, as part of going organic, manured the field across the street twenty times this past summer.

Craves didn’t like it, but she didn’t consider it a nuisance, either. “Compared to industry and city odors, like truck exhaust and factory fumes, I will take cow poop any time.”

If and when a farmer decides to curb odors, there are a lot of different ways to do so. Moreover, they can on a small cadre of stink fixers – scientists like Brandt and extension educators like Johnson.

For farmers looking to build a new hog or cow facility, Johnson likes to run an odor modeling software that “helps determine which location will have the least impact on a nearby city.” (John Klein, however, disputes that such models are sophisticated enough to predict complex factors such as weather.)

Johnson also encourages farmers to plant trees around animal facilities to break the wind and absorb odors. The effect, he says, is partly psychological. “If people see a farm, they smell a farm.”

Brandt has researched and helped teach farmers to use an odor-reducting technique called shallow-disk injection. It’s a bit like no-till farming. Instead of spraying manure on top of a field, it is placed beneath the surface in a narrow slot that is pushed closed immediately, cutting odors by up to 60 percent, according to Brandt.

Besides better odor management, technology can sometimes help. Installing an anerobic digester is expensive – averaging more than $1 million – but it eliminates odors by allowing the manure to rot in a sealed chamber. Over the long term, farmer can earn back a good deal of his or her investment through the methane produced by the digester. For instance, a Pennsylvania farmer named Steve Reinford makes $200,000 a year with his digester by accepting waste for a fee and selling electricity back to the local utility.

Agricultural scientists are also busy researching improvements to animal diet, odor-cutting bedding for barns, and odor-fighting amendments that can be mixed with manure when sprayed on fields.

The digester is the only one of these improvements that wholly remove manure’s stink, however. As Brandt explains, “For a successful amendment, we’re talking a 20 to 30 percent reduction in odors. If you take something that smells bad to begin with and reduce it by 20 to 30 percent, doesn’t it still smell pretty bad?”

That means the stink wars are not going to end anytime soon.

Lets make a distinction, and agree that these “farms” that are injecting our AIR with some of the nastiest, most putrid of odors, are not farms at all. Not in the traditional sense. They are mega-factories that are r*ping our otherwise pleasant oxygen and atmosphere. Nobody should be forced to smell this pi$$ and $hit from mega factory farms.

I love real farms, farmers, and farming, but putrid and toxic, airborne nastiness should not be acceptable or be allowed. Other industries have control measures for their waste and odors, they should too. It is pollution of the highest order.

I’m a homeowner who is looking for suggestions on things I can do in my garden to mitigate the smell. I love watching the cows across the street play. Most of the time we don’t smell anything at all but every once in a while (particularly foggy mornings) it’s overwhelming. I’m new to all this…never had a yard before. Would spreading hay on flower beds help? I love the smell of horse stables.

We own an RV Campground in between Kalamazoo in grand Rapids Michigan near a prominent dairy farm prairie Farms. They spread cow manure and I believe pig Minaur many times all year long! This is a detriment to our business and the smell was so bad a few times last year I almost vomited
And we are inundated by flies so bad that we cannot sit out on our deck and enjoy our lake.
Where can I make my complaints what can I do?

We live in Maine. We used to live in the town next door, and the dairy farm a mile down the road would spread manure all over the town. They own tons of land, plus other people let them use their land to spread manure, so it would be all over. They also used an open truck to haul the poop everywhere, not one of those newer trucks. Thus, the manure would end up all over the road, too as it would fly out of the top while they were driving. They spread it on the field across and on… Read more »

1
Reply
How I ended my family farm business - ckalist

[…] is hauled for miles in huge tanker trucks or pumped through irrigation lines onto crop fields. The smell, the flies and the airborne pathogens that go with it have effectively done away with much of the […]

Just another way farmers are ruining this nation. First literal crap, then MAGA.

Distinction between odors vs gases need to be distinguished in your discussion. Farms smell like manure, methane, which normal to an extent. Gases such as hydrogen sulfide and ammonia are due to tank/pit storage of manure combined with urine. Ammonia and hydrogen sulfide are toxic in high doses and carcinogenic. Dunn County Wisconsin farmers pump their manure and urine into lakes waters and streams. Farmers purposefully vent manure storage tanks to harass neighbors and would be home buyers. Variable frequency drive agriculture pumps are used by farmers to shut off neighbors power, when a common transformer is shared. Farmers need… Read more »

A couple of ways to clean this $hit up – Catchment – collection of urine can be formed and sold a urea .Manure is by volume -so add lime and grass cutting and then transport to dump or to a topsoil company .This eliminates many hours or field work -lees smell in neighbourhood and is now useful recycling .

If you’re moving to the country don’t expect the country to move away because you don’t like the way it smells.
Do your due diligence before you move. The city has noise and industrial pollution as well as crime, high taxes, congestion to name a few. Make your choice wisely and blame yourself if you haven’t.
“Going up the Country” may prove not to
be as idyllic as the Canned Heat song.