We follow the Sami people of Lappland, who have been herding reindeer in the wild since the 17th century. 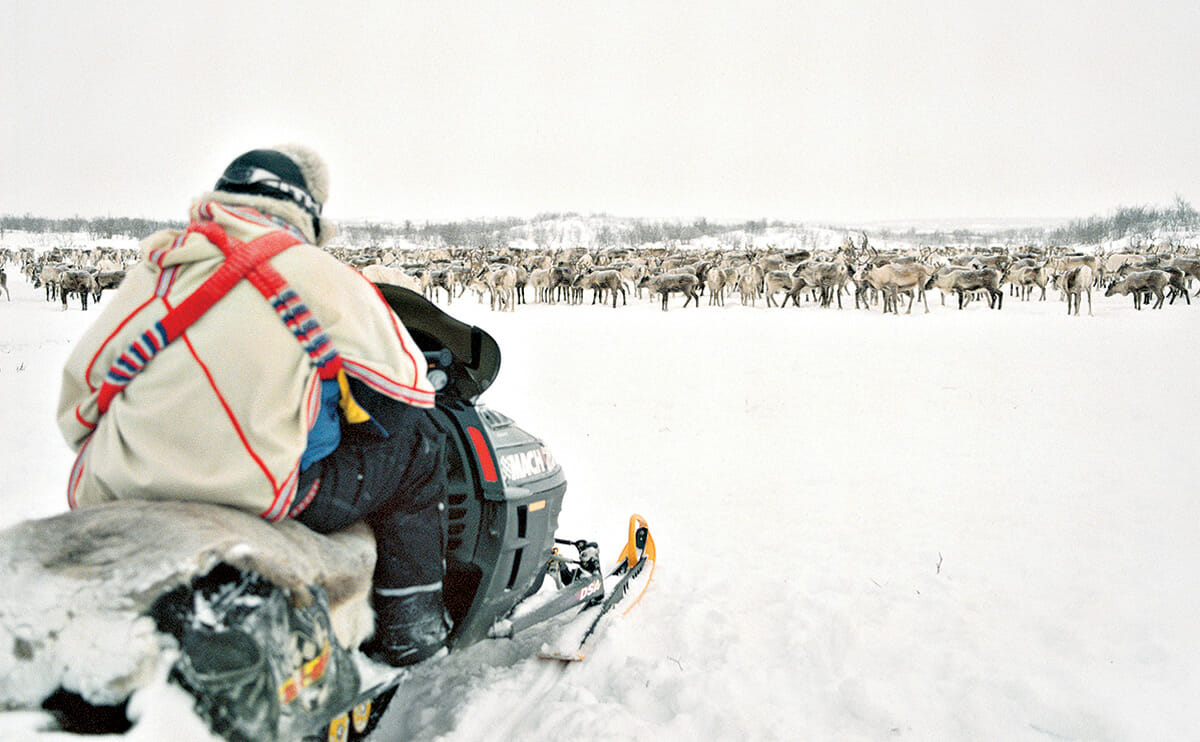 But the once-nomadic Sami people, who have been living and farming in this area for hundreds of years, captivated her. “I studied a lot about Sami culture; I think I read everything ever written,” says Clanet. By 2005, she had learned Norwegian and saved enough money to return. Clanet bought a car and drove to Norway from Paris, staying for three months with a Sami painter. Returning every year for four more years, her resultant series of photographs (called “MÁ¡ze”) chronicles the unique lives of the Sami people, including their reindeer herding practice.

‘It’s a very fragile way of herding. One mistake and the whole herd can die because it’s such extreme weather. It’s arctic. It’s farming with wild animals.’

The Sami have been keeping reindeer since the 17th century, allowing them to live in the wild while herding and caring for them. “It’s a very fragile way of herding,” says Clanet. “One mistake and the whole herd can die because it’s such extreme weather. It’s arctic. It’s farming with wild animals.” The reindeer herds are passed down from generation to generation, and some herds have centuries-old bloodlines. Traditional marks on the animals’ ears designate their owners. The herds are minded by siida, family groups that travel in covered wagons called gompi. The Sami are often far away from their charges, spending hours spying on the creatures with binoculars. “You can’t leave them out there for two days and not know where they are,” says Clanet. “It’s a 24-hour watch.”

The reindeer travel to the sea in the north to calve, where they must sometimes cross the water to give birth on an island. “There’s nothing you can do,” says Clanet. “It’s instinct. They have to go there.” Whole herds can be lost to drowning, so the Sami rent boats and shuttle hundreds or thousands of reindeer across the expanse. The reindeer are harvested for skin, bones and meat (which is a luxury item), but wealth is not the Sami’s sole motivator. “They’re doing it not just for the money,” says Clanet. “They do it to exist.”