The U.S. Is Farming More Fish than Ever (But Nowhere Near What China Does) - Modern Farmer
Food & Drink

The U.S. Is Farming More Fish than Ever (But Nowhere Near What China Does)

Numbers from N.O.A.A. make one fact abundantly clear: When it comes to aquaculture, the U.S. remains a tiny fish in an growing Asian pond. 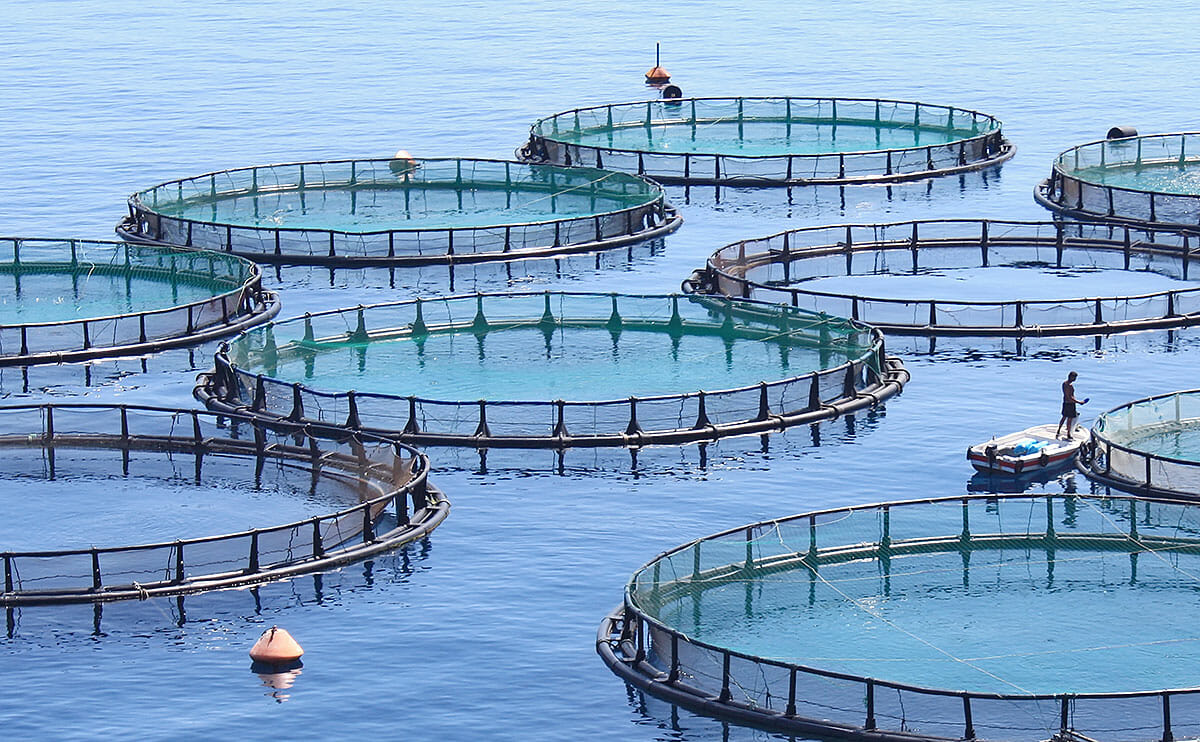 In a report out last week, the National Oceanic and Atmospheric Administration (N.O.A.A.) reported a total catch of 9.2 billion pounds of seafood for American ports, beating averages for the last 10 years. That’s good news for the wild fisheries off our coasts, but aquaculture — the broad term used for fish farming and stocking sea creatures in wild bodies of water — only made a small increase to account for 5 percent of the American catch.

Not so bad, right? After all, fish farming has a well-documented set of issues. The waste, space and antibiotics fish farms require often have a huge impact on surrounding ecosystems and human water supplies. Fish farms could even quicken the pace of rising sea levels. Still, more than 45 percent of the fish Americans eat come from aquaculture enterprises beyond our borders, so at the moment, we are having our farmed tilapia and eating it too. 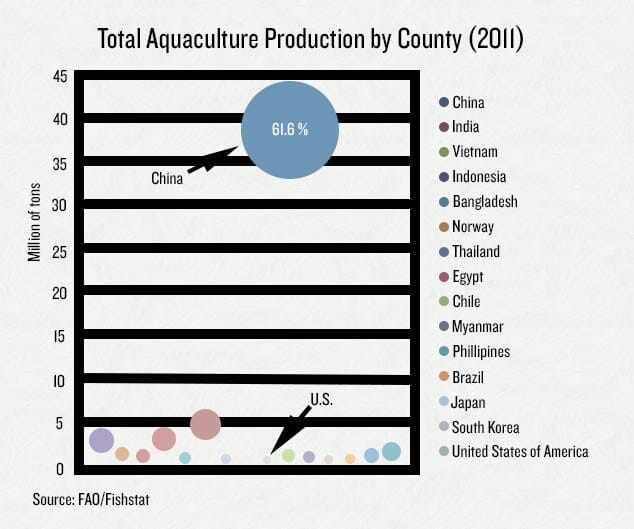 China, in the meantime, has dominated the market for farmed seafood. The graph above speaks for itself, but for a quick analysis, it shows that China’s share of the global production from aquaculture was 77 times the United States’ in 2011. Proponents for domestic fish farming don’t think we should ever try to rival such numbers, but do advocate a modest increase in our aquaculture efforts. A N.O.A.A. memo predicts that doubling U.S. aquaculture would result in 50,000 domestic jobs and a billion dollars of new value.

For now, the numbers from N.O.A.A. make one fact abundantly clear: When it comes to aquaculture, the U.S. remains a tiny fish in an growing Asian pond.

I am totally not egotistical :>