Bull testicles have been consumed by ranchers for centuries, so one Modern Farmer writer tucks into a plateful at home. 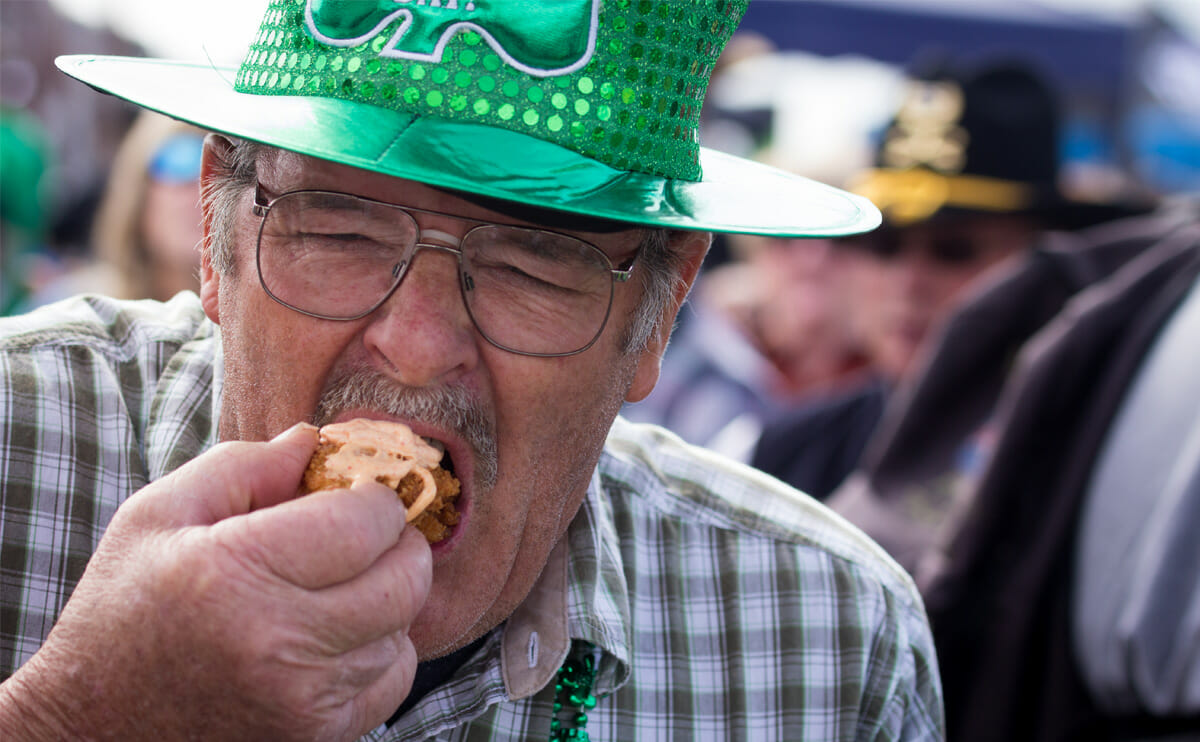 Known by a profusion of catchy euphemisms — Rocky Mountain oysters, prairie oysters, calf fries, huevos del toros (which is literally “bulls’ eggs” in Spanish), cowboy caviar, Montana tendergroins, and swinging beef, to name a few — bull testicles have been consumed by ranchers for centuries. It’s safe to say that the practice has, at turns, appalled and fascinated the uninitiated for about as long.

“It seems to me they have a long history,” says Dr. James Hoy, professor of English at Emporia State University in Emporia, Kansas with a specialty in the folk life of ranching. Hoy grew up on a ranch in Kansas, and never batted a lash when Rocky Mountain Oysters landed on his plate. “Many cultures, hunter and gatherer cultures, would not want to waste anything.”

Just as there are legends about the organ meats such as liver and heart, there’s also the historical notion that consuming testosterone-rich testicles can be a masculinity-booster for those gentlemen seeking that extra edge either on the battlefield or with the ladies.

There is a “supposed Viagra effect,” according to Hoy. Testicles are rumored to be “aids to sexual performance by men, coming from eating the bull, the head of the herd.”

Testosterone or no, for the cowboy culture in the American West in both centuries past and today, livestock testicle consumption is mainly just another part of the animal to eat. In addition to calf testicles, lamb testicles, frequently called “lamb fries” are also eaten. Even turkey testicles are a relatively common meal item.

Logistically and economically, eating testicles makes sense on the ranch. Usually about once a year, young stock born in the spring are rounded up and branded, dehorned and castrated. With a pair coming off each male animal, a rancher could easily end up with hundreds of testicles in an afternoon. Minus a few slung over the shoulder for hard working dogs, a farm could easily end up with more free-wheeling gonads than they can handle. So what’s a ranch to do?

“I know many ranches that will collect them during branding and when they are all done, they will have a party afterwards,” says Hoy. “The oysters will be the main meal — a full course to go along with the beer and whiskey.”

There is a “supposed Viagra effect,” according to Hoy. Testicles are rumored to be “aids to sexual performance by men, coming from eating the bull, the head of the herd.”

Tossing the freshly removed testicles into the branding coals or on the branding iron itself was a common way to quickly cook the organs in days past, explains Hoy. Today, people prefer them fried, even putting leftovers in the freezer for an off-season specialty.

Hoy can attest to their mealtime diversity.

“At home, we always had meat for breakfast and pancakes, so sometimes it would be mountain oysters with the pancakes,” he says.

Like many things in America with a niche, bull testicles have not escaped the “gee-whiz” factor and the potential for local glory. Enter the Testicle Festival.

“The idea came from Montana,” says Brandi Lee, a competitor and multiple-time winner in Virginia City, Nevada’s Rocky Mountain Oyster Fry since it started 22 years ago. (Montana does have its share of testicle festivals. They range from sedate contests for the best tasting to the more unrefined Testy Festy in Clinton, Montana, which could be the drunk, wet T-shirt contest-entering sister of the Rocky Mountain Oyster Fry.)

“We have judges — everything from chefs to chili cooks,” says Lee. With different categories to compete in and cash prizes for first place, the Fry has grown in popularity over the past two decades. Once just an indoor affair, the event expanded outdoors to accommodate the growing crowds.

“The best one to win is Best Overall Taste,” says Lee.

As Lee describes all the creative ways she’s seen entrants concoct a tasty set of testicles, including testicle tacos, chocolate covered testicles, and testicle sushi (one of her own creations) I began to wonder — being the East Coaster I am — how they really taste.

“I never cooked a ball in my life [before competing],” she says. “Someone asked me how come you win so much and I said, ‘Well, I have a taster.’ Then I started tasting them and thought, God, they’re good.”

Soon enough, I find myself at Hemp’s Meats, a butcher not too far from my home in Germantown, Maryland. A friendly and highly rated local store featuring goodies such as tongue, liver and tail, Hemp’s is interestingly the only place within a fifty-mile radius where I could find testicles of any (four-legged) species.

After procuring six pairs of beef testicles for five dollars (Lee confirmed this was a good price), I set to work. Both Lee and Hoy attest that frying is the way to go, although the nuances of how to bread them are left somewhat ambiguous. Internet searches also confirm the myriad ways there are just to fry the things.

“I mix a cornmeal and flour mixture like what you would use on chicken,” says Lee. “I don’t measure anything, I just throw whatever I like in.” Her finishing touch is wrapping the testicle slices in bacon. Lee also acknowledges she didn’t come from a background of eating testicles and spent eleven years competing in the oyster fry before she actually tasted one.

“I never cooked a ball in my life [before competing],” she says. “Someone asked me how come you win so much and I said, ‘Well, I have a taster.’ Then I started tasting them and thought, God, they’re good.”

Hoy prefers pan-frying to deep-frying and his tastes are simpler. “I think they are better with just flour, salt, and pepper,” he says, adding, “It’s a matter of taste.”

I was instructed to remove excess membrane and slice them roughly a quarter of an inch thick. Then, after dipping in egg and tossing in a mixture containing half flour, half cornmeal, and a sprinkling of salt and pepper, I drop the slices into a vat of boiling vegetable oil. Removing them from the oil only when they start floating, I anxiously peer at these now completely incognito testicles, vaguely resembling chicken nuggets.

“A lot of people like them with ketchup or cocktail sauce,” Hoy says.

I grab my condiment of choice: ketchup.

Hoy describes the taste of Rocky Mountain oysters as “rich.” Others have said they taste like liver, and yet others describe them as veal cutlets. I can confirm one thing: they do not taste like chicken. As my husband (enticed by pure curiosity) and I chew, we give each other quizzical looks. Liver? No. Veal? Not that either. They are sort of rich, but not in the way a thick, hearty meatloaf can be. They are mostly neutral in taste, with a hint of organ-y meatiness. With nothing oyster-y about them — thankfully we don’t have to slurp them down — their alarming rubbery texture prior to frying has been diminished and mouth-feel is an acceptable mix of crunch and mild chew. Primarily, we taste the breading, which I think is the goal for frying anything, isn’t it?

In the end, Rocky Mountain oysters are mostly like scallops in consistency, without the briny taste, and not any more off-putting than, say, a corndog. With all the offal-eating going on, perhaps it’s time for the Rocky Mountain Oyster to step out of the realm of oddity.

And after all, as Hoy observes, “the dogs can only eat so much.”

Go for it, gals- they put courage in your heart, and 🐇 on your pretty little you-know-where☺️