One man's quest to raise the highest quality pigeons France has ever seen. 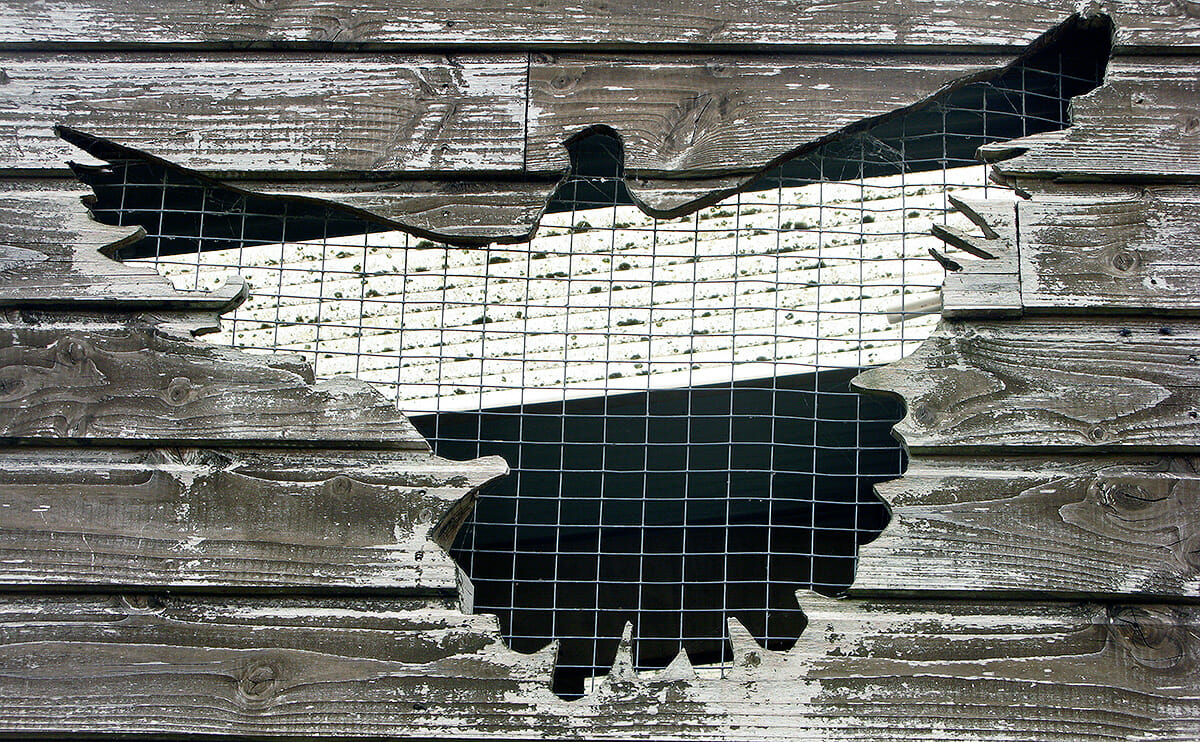 The pigeon has long had the reputation as a dirty scavenger best known for flapping around city parks and squares. Yet the bird has, in fact, been domesticated and bred for food in France since antiquity. Indeed, by the Middle Ages pigeons were gracing the table of the elite, a delicacy of nobility and kings like Louis XIV. By the time Auguste Escoffier penned his iconic cookbook “Ma Cuisine” in 1934, pigeonneaux aux petits pois (young pigeon with peas) had become a classic home dish.

So it was no surprise to find pigeon on the menu of Chef Á‰ric Guérin’s Michelin-starred La Mare aux Oiseaux, an hour’s drive west of the city of Nantes, between the Loire River and the Atlantic. Specifically Pigeon rÁ´ti de l’ami Rémy, or “roasted pigeon from our friend Rémy.”

L’ami Rémy is Rémy Anézo, a star among among local food producers, his pigeons one of the culinary treasures of this region of France. His property, Les Pigeons De Mesquer, sits on the outskirts of the tiny village of Mesquer, a sleepy hamlet 40 miles northwest from Nantes. It’s an idyllic setting where Rémy has been breeding and selling his pigeons for more than 30 years, an oasis of rustic barns and impressive wooden coops framing a pond where geese and ducks roam freely.

Rémy’s love for pigeons began at an early age. Rémy spent much of his childhood perched in the branches of the tree behind his family’s home observing the pigeons that came to nest. Day after day, he would scrutinize their behavior, contemplating every movement. Fascinated, he would see the eggs laid which would magically transform into baby chicks overnight as he slept. Once, he carefully dislodged a nest holding two eggs from its perch in the branches and carried it into his bedroom where he took up watch, sure that finally the secret of where tiny pigeonneaux come from would be revealed. Much to his disappointment, the eggs never hatched, but this only increased his curiosity and desire to uncover the secrets and mysteries of these birds.

Rémy happened to watch a televised interview with a professional breeder and, shocked, clapped his hands and exclaimed “Damn! You mean one can actually earn a living raising pigeons?!”

He soon had his own coop in the backyard with two or three couples; this fascination with pigeons continued into adulthood but remained a hobby. After following a more traditional route of school and then work as a drywaller, among other assorted jobs, it was completely by chance that his future became pigeons.

As he tells it, Rémy happened to watch a televised interview with a professional breeder and, shocked, clapped his hands and exclaimed “Damn! You mean one can actually earn a living raising pigeons?!” He immediately quit his job and turned his private coops into a business, adding structures and more birds and began selling his pigeonneaux on the market, to local wholesalers and restaurants.

His reputation spread during his first two decades raising pigeons, with the quality of his pigeons guaranteeing a growing and faithful local clientele. His business savvy grew with the venture; about ten years ago Rémy realized that the world and the food market were evolving and if his enterprise was to survive he needed to reach out to a wider public beyond his tiny corner of France. He began to network further afield and more and more chefs, many of them with Michelin stars, began to turn to him for his all-natural, artisan-bred birds, including Á‰ric Guérin of La Mare aux Oiseaux, Laurent Saudeau of Le Manoir de La Boulaie, and Yohann Lemonnier of L’Agapé.

His son Matthieu’s decision to change careers and join the family farm five years ago was the next turning point at Les Pigeons de Mesquer. Matthieu, now 29, left his previous job as a plumber and joined his father; he recently signed the papers which will make him a full partner, connecting Les Pigeons de Mesquer to the next generation and making it a true family business. Armed with a BTS Agricole, a diploma in agriculture and food production, Matthieu is deeply involved with the business side of Les Pigeons de Mesquer, the head to Rémy’s heart and soul. His priority, he explains, is to guarantee both the excellence and the consistency of the quality of their birds even while modernizing the breeding, processing and marketing of their product .

There is absolutely nothing industrial about this rustic, family-owned and run business, “and there never will be,” say Rémy, now a 58-year-old soft-spoken man with a mop of tousled salt-and-pepper hair. Everything, from the housing to the slaughter, is traditional and natural, meant to keep the birds free from stress as well as GMO- and chemical-free. Rémy says this guarantees his meat is healthful, tender and flavorful. The birds are pampered, nesting on straw and pine needles and allowed to roam freely in their large coops protected from visitors and to reproduce at their own natural rhythm. The coops face the rising sun, the direction pigeons in the wild innately expose their nests to, and are neither heated during the winter nor cooled in the summer, allowing the birds to live and breed in a natural climate and in the iodized ocean air from the nearby Atlantic.

“They are birds, not poultry!” Rémy adamantly points out. “Like humans, they form and remain constant couples and raise and feed their own young. There are up to 3,000 couples at any one time on the property, counting seven different species both breeders and ornamental birds kept purely for show,” he explains. Pigeons pair off and remain a constant couple for life, hatching up to fourteen offspring a year. They also share the care of the young; the male sits on the eggs all day, the female all night, and, as Matthieu points out, “they are so constant in their brooding habit that you can set your watch to it.”

Newly hatched birds are fed exclusively by their parents for the first week on lait de jabot, crop milk, which is not milk but rather a protein and fat-rich secretion which is produced naturally by certain birds and regurgitated into the mouths of the young. Once grown, the pigeons are fed on a mix of whole grains, including corn, wheat, peas, sunflower, enriched soy granules and grits, a mixture of mineral-rich crushed shells from off the coast of Brittany collected specifically for Rémy’s pigeons.

Several years ago, Rémy decided to build an abattoir on his property and oversee the slaughter himself in order to completely control the process and spare his birds the stress of transport to an offsite slaughterhouse. The pigeons are slaughtered quite young, 30 to 35 days old. “Timing is as important as picking ripe fruit,” Rémy explains. “If picked too early, fruit is not ripe and will have no flavor, picked too late and it is no longer at its best. There is an ideal moment to slaughter the birds when the flesh is perfect.”

They are never bled, which makes for richer tasting meat, more game than poultry. The day after slaughter, the pigeonneaux are delivered to the Anézo’s clients fresh, never frozen, as well as sold in Rémy’s own boutique shop.

Quality over quantity is definitely the rule at Les Pigeons de Mesquer; both father and son are adamant in the all-natural, chemical-free quality of their production. Although the pigeons are today fed exclusively on certified GMO-free corn and grains, the pair hope they will soon be growing their own, just one more step towards total control of the quality of their birds.

Although pigeon is still considered a great treat by chefs and is found on the best restaurant menus in France, Rémy understands that the general public remains wary of birds with a bad reputation. Which is why the Anézos open Les Pigeons de Mesquer each weekend for guided visits and lunch, giving Rémy the chance to impart both his knowledge and his passion to the general public.

Rémy also partners with several chefs, bringing them to Mesquer where they offer cooking demonstrations and tastings. These events allow him to show potential buyers that pigeons are not only safe to eat but delicious. The chefs reassure consumers that they too are able to prepare restaurant-quality food at home, while the classes allow visitors to discover and connect with the region’s top chefs and producers.

The property’s boutique walls are lined with open, well-stocked shelves filled with jars of delicacies prepared from recipes created by Chef Á‰ric Guérin: Pigeon and Foie Gras Rillettes, Pigeon Confit, Pigeon Tagines with either prunes and preserved lemon or with olives, that visitors can bring home to sample. The several tables for guests are spread with printouts of recipes created by Rémy’s wife, free for the taking, yet another encouragement to cook with a Mesquer pigeon.

Rémy is a rare blend of tradition and modernity, defending the old-fashioned ways of his livelihood while keeping a clear-eyed vision of the future. But Rémy, more than anything, just loves his birds. He succeeded in creating a business out of a boy’s passion and thirty years later he has not swayed from either that passion or his goal: raising his birds naturally and with love, sharing his knowledge, and encouraging people to step back in the kitchen and cook up one of his pigeons.