The light-ruby desert wine fragolino, illegal in several European countries, is making a comeback in Italy. 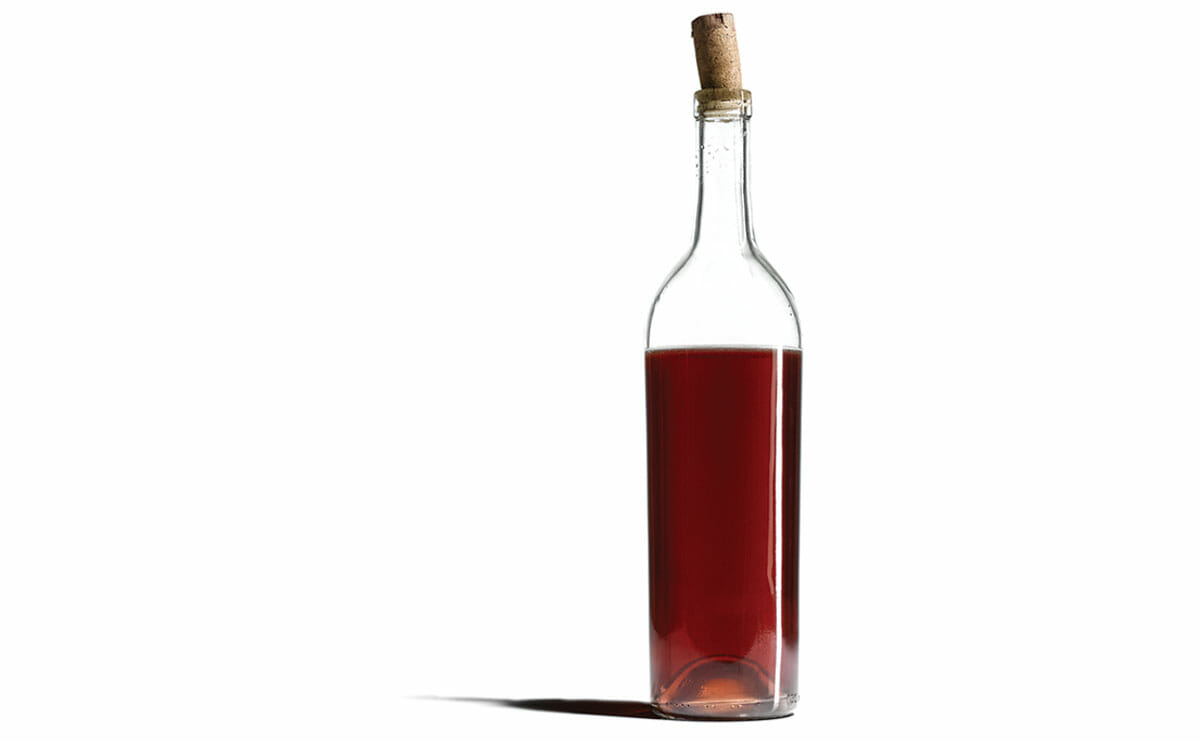 Many fans recount their first taste as if it were a lost love. Some compare it to a fine moscato, with hints of shortbread and honey. Venetian chef Enrica Rocca’s first sip reminded her of eating caramels as a child and how they slowly melted in the mouth. But Rocca’s memory is rare; because fragolino is illegal in Europe, few have experienced any of its attributes.

Fragolino is made from a dark, purple-skinned vine called Vitis labrusca, or what Americans might know as the Isabella grape. This is often touted as the reason why fragolino is illegal in Italy. Vitis labrusca is historically blamed as the American grape variety that, when brought to Europe in the 1800s, carried the phylloxera plague, microscopic flylike insects that destroyed most of Europe’s wineproducing vines. American phylloxeraresistant rootstocks were subsequently imported to Europe so that European vines could be grafted on and survive.

In the 1930s, some European countries banned the cultivation, or, in Italy’s case, the sale and distribution, of wine made from Vitis labrusca. In France, for example, all new plantings of Isabella grapes were banned in 1935, perhaps out of fear that phylloxera might return, but mainly on the grounds that the sweet strawberrylike taste undermined the quality of French wines. Later, in 1979, the European Commission adopted the same rule, which managed to largely ban the production of European wines with American grapes.

Today, many wine spectators believe that most of the bans on American grapes in effect across Europe amount to little more than nationalistic hubris. Some counter that the real threat posed by American varieties like the Isabella grape is not the possibility of further crop contamination, but the excess levels of methanol produced during fermentation, which can be toxic in large proportions.

But fermentation experts like Dr. Linda Bisson of the University of California at Davis Department of Viticulture and Enology department suggest that the dangers of excess methanol production may not be caused by the Isabella grape itself, but instead by the pectic enzymes used to extract the grape’s juice. Either way, there are no European prohibitions on the consumption of fragolino.

Whatever Europe’s reasons are for vilifying American grape varieties, the demand for fragolino has not gone away.
If anything, regulations have turned fragolino into a black market commodity.

Fragolino is not illegal in the United States but here, too, the Isabella grape isn’t viewed by most vintners as capable of producing as fine a wine as, say, a chardonnay grape. But Rocca the Venetian chef affirms that, in Italy at least, fragolino is available and in production. If you’re lucky enough to snag a sip, it is preferably drunk straightaway.

Fragolino needn’t be drunk on its own; check out these pairings by Enrica Rocca, a chef who teaches from her Venice-based cooking school. She is the author of “Venice on a Plate,” due out in 2014.

RED FRAGOLINO
Because fragolino is a dessert wine, it should be paired with dessert courses. Ruby fragolino is best served lightly chilled with fruitcakes, meringues, dry sweet biscuits with raisins and red fruits, such as prunes, raspberries, blackberries and strawberries.

Top Image: Fragolino made by Wade Clark from grapes available at the Plowboy Produce Auction in Ethridge, TN, and online from Double A Vineyards, based in Fredonia, NY.

*In an earlier version, we incorrectly referred to Vitus labrusca as a grape. It is a vine.

I found Fragolino in Spain and love it. I can’t drink normal wine because of my GERD but I can Fragolino.

My first time tasting it was in Italy. The best ever! I’m still trying to get my hands on a good bottle of it here in the states. It was just that good!