There Will Be No Alaskan Crab Harvest This Year - Modern Farmer
Environment, Food & Drink

There Will Be No Alaskan Crab Harvest This Year

Due to dwindling populations of snow and king crabs, the state has canceled this year’s big catch. 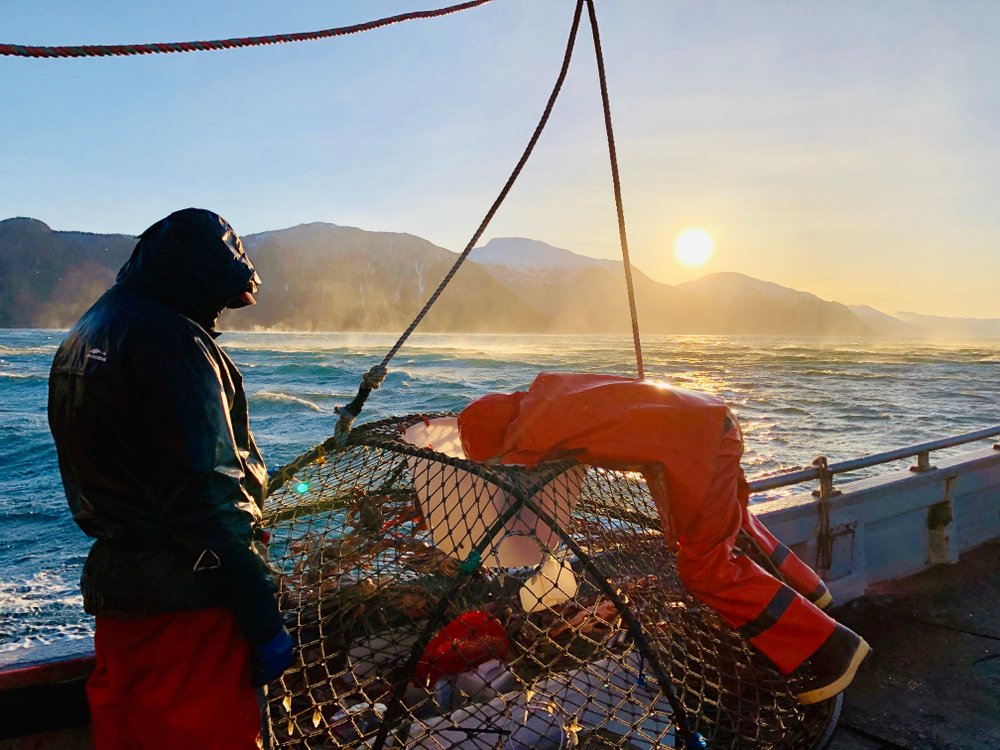 In reaction to extremely low Alaskan snow and king crab populations, the state has decided to cancel the fall and winter harvest of the crustaceans for the first time in history.

According to the Alaska Department of Fish and Game (ADF&G), which officially announced the cancellation earlier this month, the decision came after an analysis of the snow crab stock revealed that only 23 percent of the crab population remains.

The abundance of snow crabs has taken a sharp decline since 2018, when they occupied the Bering Sea off of Alaska in numbers close to eight billion. In 2021, only about one billion of the creatures remained.

At the first signs of the crab decline years ago, researchers originally thought crab migration may be behind the population decrease. Now they’re not so sure. The reasoning behind the intense decline in crab numbers is still being researched, but the findings prove the issue is crab mortality, not mobility. Biologists are pointing to stress from warmer waters and an increase in predators as the cause.

Unlike the never-before-seen cancellation of the snow crab harvest, this fall marks the second year in a row that crabbers are prohibited from harvesting king crab in Alaskan waters. The kibosh on the king crab harvest is due to a low number of mature female crabs—high numbers of mature females are used as a marker of a healthy population of the crab species—which has been in a years-long decline.

The choice to cancel the 2022 harvest season is a huge blow to crabbers, who rely on the annual harvests to keep up with the demand of the crabbing industry, which is worth close to $200 million. The harvest shutdown will likely result in some crabbers being forced out of business.

In its official statement, the ADF&G acknowledged the strain this harvest cancellation would put on crabbers and industry stakeholders, but it held that the overall conservation of crab species had to come first.

“Understanding crab fishery closures have substantial impacts on harvesters, industry, and communities, ADF&G must balance these impacts with the need for long-term conservation and sustainability of crab stocks. Management of Bering Sea snow crab must now focus on conservation and rebuilding given the condition of the stock,” the statement reads.

How do we know if the crabs are being illegally fished by China or some other country??

Don’t you think when there is an ice age the crabs are moving south, brrrrrrrr!