Just because this was expected doesn’t mean there’s a precedent. 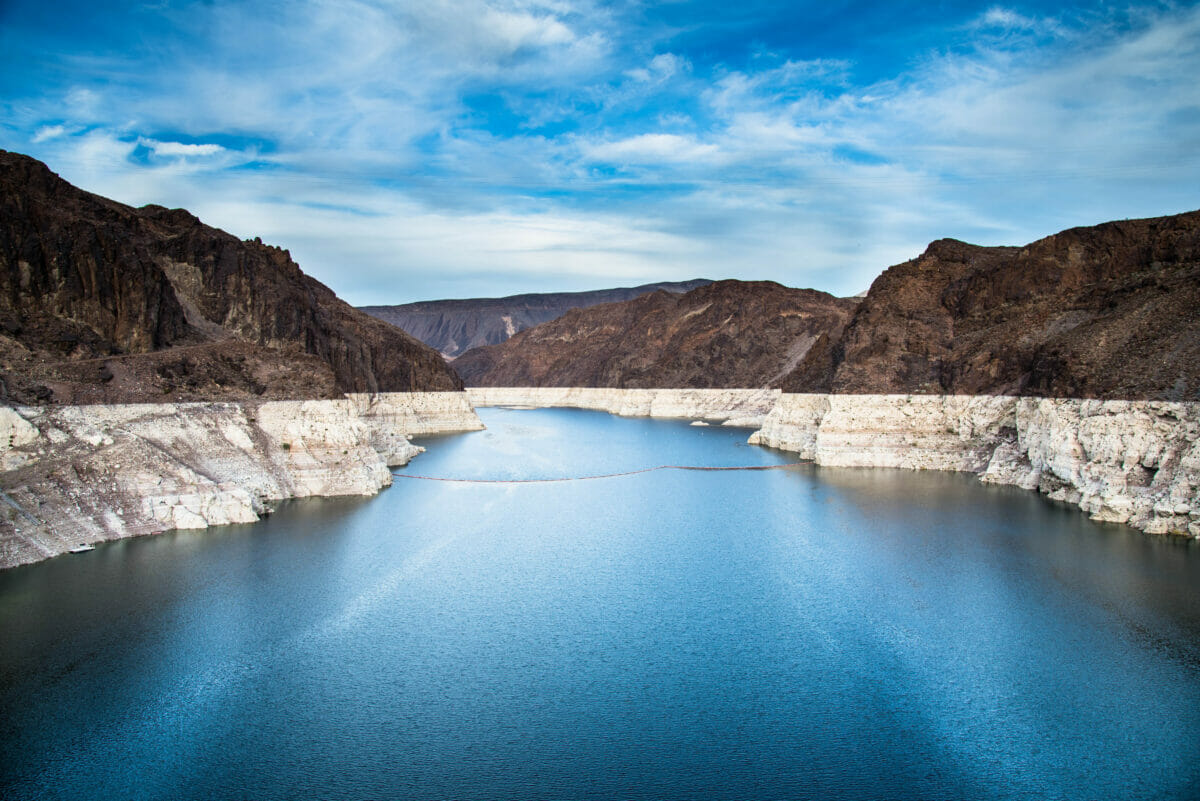 For the first time in history, the United States government has declared an official water shortage for the Colorado River, which supplies a huge amount of water to the Southwest and to parts of Mexico.

The announcement, which happened on Monday, came with a series of reductions in access to water for several Southwestern states, most notably Arizona and Nevada. Those cuts, the largest in history, will primarily affect agriculture, at least at first. Roughly 70 percent of the water relocated from the Colorado River goes to agriculture.

The American West has been in the midst of a “megadrought” for decades, and over the past few years, the lack of precipitation in the Rocky Mountains has kept the Colorado River and its largest reservoir, Lake Mead, from refilling. At the same time, increased temperatures, development and inefficient irrigation have combined to consume more and more water. As a result, Lake Mead is now, as of Tuesday afternoon, at 1,067 feet above sea level—its lowest point since Lake Mead was constructed.

The federal water shortage declaration, as with similar state declarations, brings with it some mandatory cuts in water use. Lake Mead has a tiered system, in which water levels reaching a certain height will trigger cuts. We have reached Tier 1.

California, according to the labyrinthine system of water rights agreed upon by the various states and the federal governments of both the United States and Mexico, will be spared from these cuts at first. (However, the state may ask for citizens to voluntarily reduce their water use.) Instead, Arizona will lose about 18 percent of its Colorado River water, Nevada will lose seven percent and Mexico will lose five percent. In the case of Arizona, reports KTLA, that will mean about eight percent of the state’s total water use will be gone.

Farmers in central Arizona, reports USA Today, will be hit first. In Pinal County, for example, farmers will lose 60 percent of their water provided by the Central Arizona Project, a series of canals that directs Colorado River water to southern Arizona. Arizona agreed to have the most “junior” rights of the surrounding states in exchange for the Project’s construction. In the parts of the state that rely on the Central Arizona Project’s water, up to 40 percent of land—alfalfa, hay and cotton, mostly—may lie fallow.

Arizona will be permitted to draw some groundwater to attempt to make up the difference, but the groundwater allocations are far below the amount of water the Central Arizona Project provides.

Currently, the plan does not impose water restrictions on residential use. But if Lake Mead’s water levels continue to drop, and there is no particular reason to believe they won’t, cities such as Tucson will be affected as well, thanks to Tier 2 requirements.

It is not clear whether Lake Mead will ever be “full” again; currently, it sits at about 35 percent capacity, and thanks to overuse and a lack of refilling water from precipitation, Lake Mead’s decline is projected to continue. This will mean a fundamental change to how agriculture is done—or not done—in the arid Southwest. Exactly what form that will take is still unclear.

Correction: August 25, 2021.
An earlier version of this article misstated the water source for the Colorado River and Lake Mead. It is the Rocky Mountains, not the Sierra Nevada mountain range.