He is the first Black congressperson to hold the position. 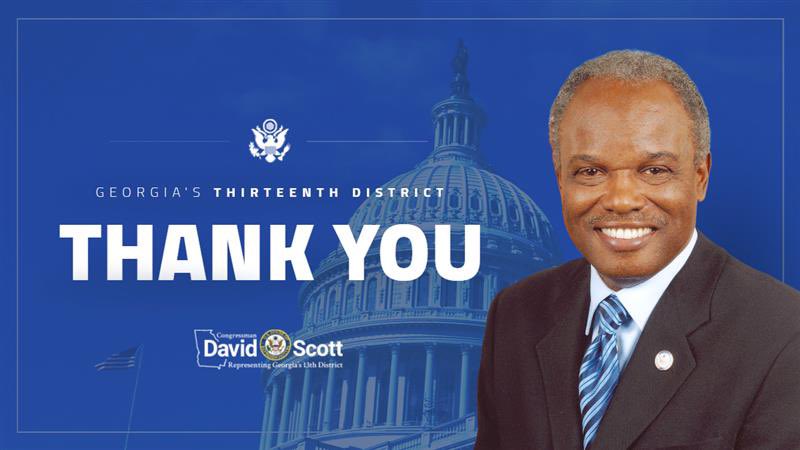 After a minor squabble, House Democrats have chosen a new head of the Agriculture Committee.

After Collin Peterson, the current Chairman of the House Agriculture Committee, was defeated in his reelection campaign, the House was in need of a replacement. House Democrats have picked David Scott, who represents part of Atlanta and its suburbs and will be the first Black person to hold this position.

The House Agriculture Committee is generally placed in charge of crafting and directing legislation from the House on a variety of agricultural and rural issues; in addition to the agriculture industry as a whole, the committee has oversight over the Supplemental Nutrition Assistance Program (SNAP), which is formerly and probably still better known as the food stamp program. The committee also oversees forestry, water conservation and general rural issues like ensuring the development of power and information grids for rural areas.

First elected in 2002, Scott is generally considered a centrist-to-conservative Democrat, and is a member of the conservative Blue Dog Caucus of Democrats; in non-agriculture votes, he has in the past opposed the legalization of gay marriage, voted to support the PATRIOT Act, and has taken a great deal of donations from the financial industry while voting for many minor amendments and legislation that decreases restrictions of that industry. He also endorsed a Republican incumbent over a Democratic challenger in the 2016 Georgia Senate race. As Ag Committee chairman, he would also have jurisdiction over commodities markets and exchanges; one of the biggest, Intercontinental Exchange, is based in Georgia and has contributed to Scott’s campaigns.

Scott was a significant player in the push to address the shortfall for historically Black land-grant universities in the most recent Farm Bill. He has also consistently voted to expand programs involved in sustainable energy, and the League of Conservation Voters gives him a lifetime score of 83 percent (and 97 percent in 2019) for his environmental voting record. He voted to regulate PFAS, sometimes known as “forever chemicals,” which can cause health problems and have made their way into the food supply.

In 2007, the left-leaning watchdog group Citizens for Responsibility and Ethics in Washington named Scott in its list of the 25 “most corrupt members of congress” report, after it was reported that his advertising business owed more than $150,000 in taxes, as his campaign paid almost $500,000 back to that very business in fees. He also fired an employee for whistleblowing on the use of federal staffers for campaigning, according to a report from Politico.

Scott will be the most senior Democratic member of the House Agriculture Committee, after Peterson’s departure in January. In a statement, Scott wrote of his background: “I was born on my grandparents’ farm in rural Aynor, South Carolina, during the days of segregation, and the hardships, of those, on whose shoulders I now stand. I owe this historic selection as the first African American Chairman of the House Agriculture Committee to a diverse coalition of members from across our nation.”

Scott’s competition to succeed Peterson came from Congressman Jim Costa, who represents California’s Central Valley and had the endorsement of the Congressional Hispanic Caucus. Costa also earned endorsements from farm groups including citrus grower associations in California, Texas, and Florida; African-American Farmers of California; California Farmers Union and California Dairy Campaign; and over 70 other farm groups.

The race between Scott and Costa had a flavor of “farm groups versus lawmakers,” as RollCall put it. Scott received an endorsement from his predecessor, Peterson, and observers believe his institutional power helped him lock up the position.