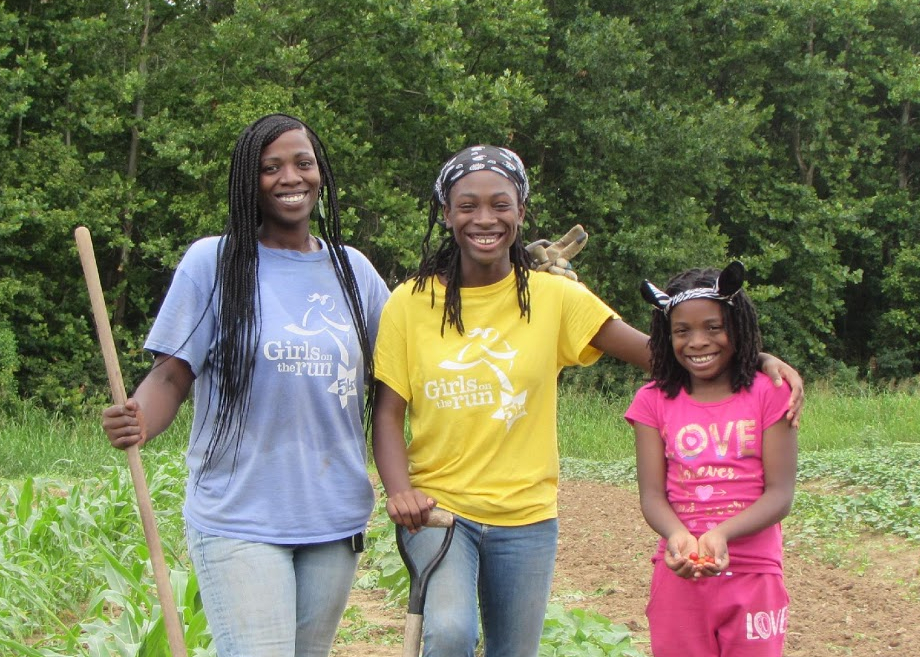 Since she was a young girl, Xanthia DeBerry has revelled in all the twists and turns leading up to a garden harvest. But this year, when it was time to plant new seeds, her impetus for producing food became more meaningful than any past growing season she remembers.

On a half-acre plot in Hillsboro, Missouri, DeBerry is cultivating prickly seeded spinach and Saltenberger tomatoes: two heirloom varieties that were a regional staple crop in the 1800’s. Each time she tends to these vegetables, she thinks of the generations of Black growers who came before her and produced food on the same land. DeBerry is one of a number of farmers participating in a seed saving initiative, which aims to revive the food traditions of rural Missouri known as Ozark cuisine.

“This connects us to our past. We’re able to taste what our ancestors tasted and go through the challenges growing these things they might have had,” she says. “Seeds were one of the things slaves took with them when they escaped. They knew it was important for their survival and I believe the same thing now.”

DeBerry was introduced to these historic varieties through a seed saving initiative spearheaded by forager and chef Rob Connoley. Connoley, who owns the restaurant Bulrush in St. Louis, Missouri, has been working for the past four years to revive historic Ozark cuisine.

In 2019, with the help of a local archivist, Connoley found historical records of a Missouri seed store that went bankrupt in 1841. These records listed 95 varieties of seeds. The idea for his seed saving project was born.

“This, at this time, was the Holy Grail for me. Like what were they eating at that time? Well, here’s the list of seeds that were being sold in the area… I realized the potential of this document,” he says.

Out of those varieties, 70 were commonly available. Connoley had to do some additional research and contact two heirloom seed suppliers in order to track down the 23 of the lesser-known crops, such as scotch leek, oxheart cabbage, vine peach and early horn carrot.

Twelve farmers in St. Louis and the surrounding area, including DeBerry, are currently growing these varieties. Connoley approached most of these farmers at farmers markets to see if they’d be interested in growing some of these vegetables. Through the initiative, growers give him first choice of the 1841 produce in their first year, and then get to save a portion of their seeds. The chef has purchased produce from seven of the 12 farmers so far to create menu items for his restaurant.

Connoley is working with seed preservationists at the two companies supplying these varieties—Bakers Creek Seeds in Mansfield, Missouri and the Seed Savers Exchange in Decorah, Iowa— to find out more about the history and best growing practices for each seed. He’s sharing that information with the farmers. He’s also in contact with the Osage Nation’s office of historic preservation to gather information on the significance of the seeds from an Indigenous perspective. 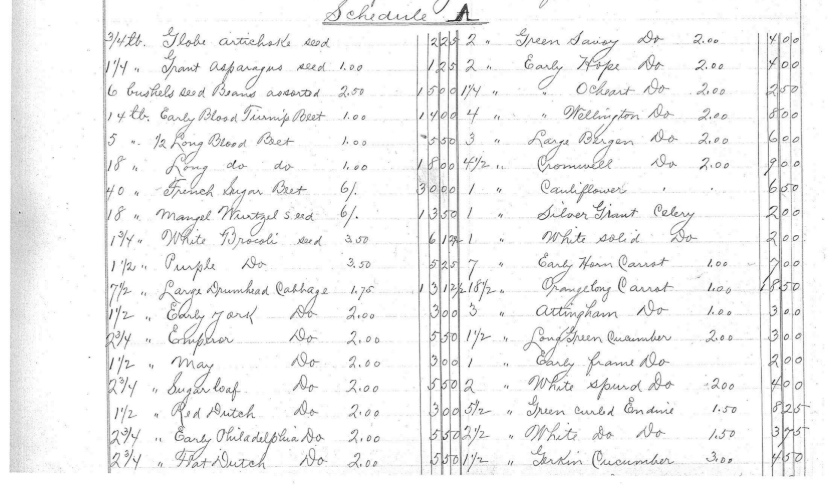 Rob Connoley has launched an initiative to revive nineteenth century Ozark cuisine, using a list of seeds from that time.

He says historic Ozark cuisine commemorates the ingredients and techniques used to create food in the Ozark region in the nineteenth century. The Ozarks, also known as the Ozark Mountains or Ozark Plateau, span through Missouri, Arkansas, Oklahoma and the southeastern corner of Kansas. Connoley is focusing his revitalization efforts on Missouri and the various diets of groups who inhabited the area. This included European settlers, enslaved people, as well as Indigenous communities like the Cherokee and Osage, who all integrated the local flora and fauna into their diet.

As a restaurant owner, Connoley wants to create demand for these unfamiliar varieties, bring them back into mainstream dining and create the most accurate historical snapshot possible. But he also recognizes the significance these varieties have for Black farmers, and this initiative can be part of a larger movement to revive Black farming culture in the area.

“This emerging movement of African American farmers in St. Louis, is really exciting to me… I can support them while I’m getting what I need, which is great produce,“ he says.  “All these farmers, I say to them ‘if you get it out of the ground, I’m going to pay whatever price you need to charge me.’”

He’s hoping to bring more farmers into the project. Earlier this month, Tosha Phonix, a food justice organizer under the Food and Farm Team at the Missouri Coalition for the Environment, helped enlist four farmers for the project. Phonix, who works to support Black farmers in St. Louis, says the project’s importance stems from the fact that the few large companies that dominate much of the seed market have little interest in preserving historic varieties.

“If we don’t save seeds, then it’s going to be a history that’s lost to us forever,” she says.

Phonix believes that as Connoley continues to dig a little deeper into the history of specific varieties, it will help move the narrative about Black farmers past slavery and sharecropping.

DeBerry, meanwhile, says she’s looking forward to trying more varieties on the list in the years to come. Regardless of whether her produce is sold in restaurants or farmers markets, what’s central to the project for her is that the food and agricultural history of the Ozarks is strong within the area’s Black farming movement.

Sounds like a great project. Wonder if the local 4-H could get involved. The more players, regardless of race, the better the chance of success.

I know that I keep saying this, but what was called “horse corn” in cajun Louisiana was far superior to the corn in vegetable markets today–less sweetness, more flavor. Were there any corn varieties on the 1860 list?

I have a big farm in Clinton. Let me know if you need anything.

this is pretty much the coolest project i’ve ever heard. would love to send some cash or hear of some other way to support

Is the seed list/places to get the seeds posted anywhere? I know some home gardeners who would love to help preserve this history!

Would you like to speak to KC Oasis about what you are doing? Oasis is a secular community that meets every Sunday morning (now on Zoom). They always have a guest speaker as the main highlight of their morning. It gives members an opportunity to “meet” interesting folks and learn new things. Let me know if you have questions.
https://www.facebook.com/KCOasis

Wonderful article…Thank you for sharing such a fantastic content…