Only 50 plants process 98 percent of the country’s beef. 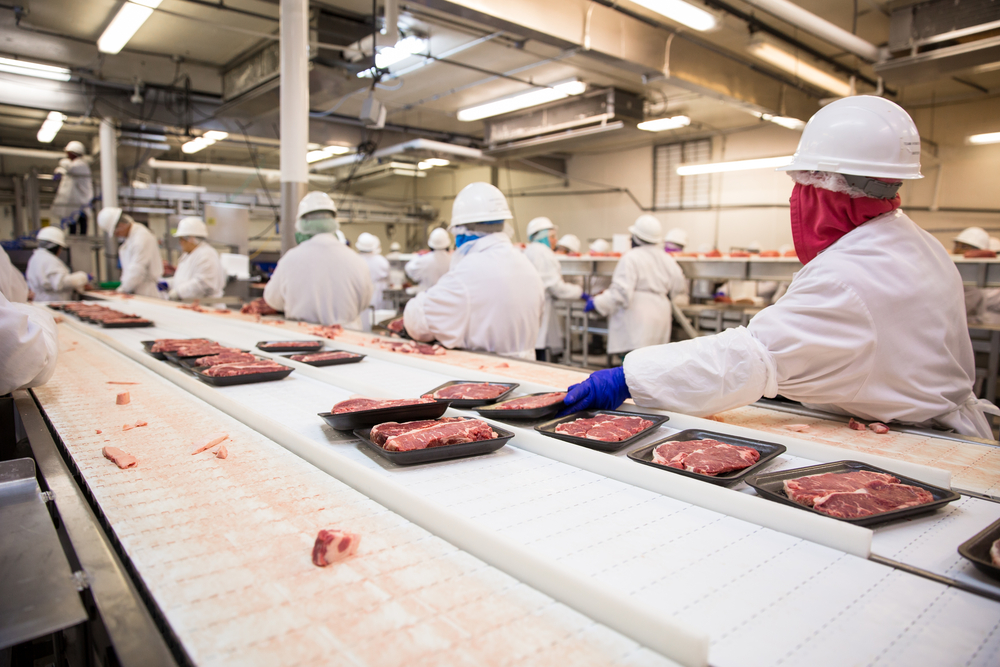 For Pennsylvania rancher Michael Kovach, the lack of slaughter facilities near his farm has been a burden for many years.

Kovach sells his pork, beef, lamb and chicken onsite at his own farm stand. But before he does, he has to send his animals to a state-inspected facility to be processed. While the cattle, sheep and hogs can be processed just 30 minutes away, his hens travel around two-and-a-half hours each way. The long drive isn’t just an inconvenience for Kovach—it’s also less than ideal for the chickens, who can experience stress during transportation. Ultimately, this can affect the quality of the final product, which, in addition to the added cost of fuel to get back and forth, can cut into a rancher’s bottom line.

What worries Kovach most, however, is the possibility of his closest processing facilities closing, either temporarily or permanently. The next closest plant is at least six hours away, and it isn’t clear if it would even be able to find the time to process his animals. Facilities are often booked months in advance, which means last-minute requests can be extremely hard to accommodate. The backlog would force Kovach to find more space and feed for his animals. The longer they grow, they may lose value and suffer a lower quality of life.

Kovach certainly isn’t alone in these concerns. Even as meat production has grown over the past several decades, thousands of small-scale meat plants have gone out of business, leaving just a handful of large plants to process the majority of our meat supply: for instance, just 50 plants account for about 98 percent of all beef slaughtering and processing nationally. These plants are owned by an even smaller handful of corporations; 85 percent of the beef market is controlled by just four firms, up from 25 percent a mere 43 years ago. This rapid consolidation has resulted in a severe shortage of regional meat processing infrastructure across the country, forcing most American farmers and ranchers to transport their livestock untold hours every month, with few alternatives if things go sideways.

Unfortunately, over the past seven months, things have gone sideways—more so than Kovach and his fellow ranchers might have ever expected. During the pandemic, at least 508 meatpacking plants have reported confirmed cases COVID-19, representing about one-sixth of the nation’s plants. Dozens of these plants temporarily slowed or halted production to get outbreaks under control, substantially limiting the country’s meat processing capacity.

At the peak of these closures in late April, pork production was down 25 percent and beef production was down 10 percent, bearing out many of the fears ranchers had about possible disruptions. Though most were able to avoid the worst-case scenario of euthanizing entire herds of animals, the cost of holding onto animals longer and the time required to find back-up slaughter plants certainly took a toll on many producers.

The meat plant closures were bad news for consumers too, who were confronted with brief meat shortages and higher prices. Though production has mostly returned to normal, consumers are still paying substantially more for beef, pork and poultry—a fact that would be alarming in any year, but is especially so now as millions cope with unemployment and food insecurity.

To date, the coronavirus pandemic is the most significant disturbance the meat industry has dealt with, but there have been several other instances where high levels of concentration have left farmers and consumers in a bind. For example, last year, a facility responsible for slaughtering 5 percent of all US beef, shut down after a fire damaged the building. In the following weeks, ranchers earned less for cattle while consumers paid more for beef. More recently, the possible closure of the nation’s second largest lamb processing plant could strand producers with nowhere to process their livestock. Inevitably, future crises—climate change, another pandemic, or who knows what—will shock this fragile system of carefully stacked Jenga blocks, bringing down the entire meat supply chain with it.

Fortunately, we have the tools and information we need to prevent that from happening. To start with, the Department of Justice, the Federal Trade Commission, and the Packers and Stockyards division of the US Department of Agriculture must restore competition to agricultural markets by enforcing antitrust regulation and restructuring large firms when necessary.

In addition to fair markets, small and mid-sized meat plants could use support with expanding their reach and capacity. One way to do that is through legislation that offers financial assistance for obtaining state and federal inspection, which can be prohibitively expensive, effectively bringing more small-scale slaughter facilities online for farmers and ranchers. Furthermore, lawmakers should both reauthorize Livestock Mandatory Price Reporting to facilitate open and transparent price discovery in the sector as well as require large meat packers to buy more beef on the open market, a move that would help to curb the vertical concentration in the industry.

The pandemic has exposed deep weaknesses in the meat industry. These simple measures would go a long way towards addressing those weaknesses, which would, in turn, support independent ranchers like Kovach and ensure a safe and reliable food supply for American consumers.

Rob Larew is the president of the National Farmers Union.

You can build your own state/USDA on-farm meat processing facility, aka a butcher shop. It is doable. I did it. See here where I shared a lot of details in many articles and photos:
http://SugarMtnFarm.com/butchershop
There are some others out there like Greg Gunthorp. Mine is just me, no employees. Do it on what ever scale you need. Take control of your processing.

Mr Larew makes perfect sense and there are so many of us that believe in what he is advocating what continues to be a huge source of frustration is how do we join forces with people like Mr. Larew to make a difference and start taking our country back? Please don’t tell me to write our local congressman we all know that’s a waste of time and effort unless we have money to play the corruption game. There has to be a better way to round up us everyday people and start taking our country back?

To start with, the Department of Justice, the Federal Trade Commission, and the Packers and Stockyards division of the US Department of Agriculture must restore competition to agricultural markets by enforcing antitrust regulation and restructuring large firms when necessary. To rely on the government to fix a problem it has itself created is a pipe dream at best. Better to work to decentralize processing by doing the work yourselves (and with others of like mind) and working with local consumers to distribute rather than relying on other companies that are all too easy targets for shut down at the whim… Read more »

The small Indiana family farm I buy meat from recently completed its own processing facility. This was a mid-term goal that became an immediate necessity when appointments were no longer available at the local processor due to the effects of the COVID crisis on the whole industry.

My understanding is that it took a lot of work to build out, but Indiana approved the facility without too much bureaucratic trouble.

Without Public Fiance of the election system, the probability of decentralization of meatpacking, is pretty close to the chance of speed of light travel. There happens to be some massive Corporate Meatpacking Political Action Committees who can outspend the General Public ten thousand to one, effortlessly. Corporate PACS laugh at the General Public and double over, holding their stomachs in pain, when laughing at farmers. It’s just idiocy, perhaps ‘insanity’ ( doing the same thing over and over again, expecting a different outcome) for farmers and the National Farmers Union, to continue this path to nowhere. Everyone is well aware… Read more »

your article is too good….keep it up

That was an excellent article on regionalizing meat processing plants. We are in the process of acquiring one or several. Ken Mapp

Popular
7 Smokable Plants You Can Grow That Aren’t MarijuanaBrian Barth
Is Beet Juice the Future of Deicing City Streets?Dan Nosowitz
Record-Breaking Egg Profits Prompt Accusation of Price GougingClaire Carlson, The Daily Yonder
6 Differences Between Llamas and AlpacasAndrew Amelinckx
Could New York Become the Mushroom State?Sara Foss
Explore Modern Farmer
Related
Features, Food Security, Labor
The Rise of Virtual Farmers MarketsLeah Borts-Kuperman
Environment, Labor, Water
California Farms and Farmworkers Attempt to Recover From Record FloodsNaoki Nitta
Food Waste, Opinion, Politics, Technology
How Solar-Powered Refrigerators Could Cool Down Climate ChangeAbay Yimere
Food Security, Labor, news
A New Egg Co-operative Has Hatched in the Western U.S.Lindsay Campbell
wpDiscuz
We use cookies on our website to give you the most relevant experience by remembering your preferences and repeat visits. By clicking “Accept”, you consent to the use of ALL the cookies.
Cookie settings ACCEPT
Privacy & Cookies Policy