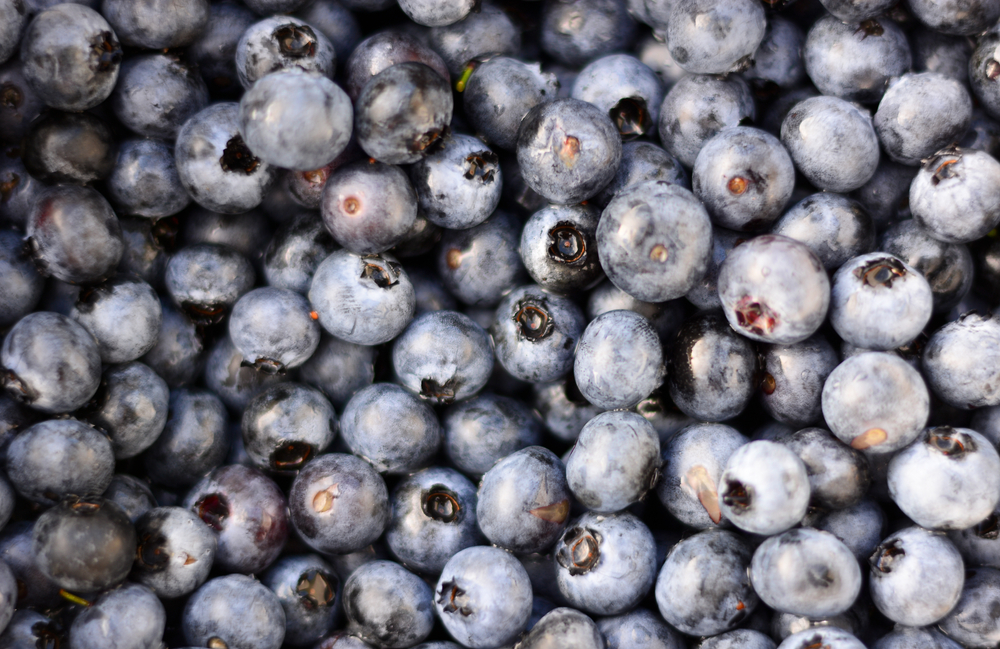 The United States is the world leader in blueberry production, but some farmers see a major threat in the form of imported berries from Mexico.

After a series of complaints, primarily from Southeastern states, the Trump administration announced a plan to investigate those Mexican blueberries and initiate some tactics to try to boost sales of domestic blueberries. American blueberry farmers—some of them, at least—are pleased. Those involved in selling Mexican berries in the US are less pleased.

In 2010, American blueberries fetched sky-high prices, upwards of six dollars per pound. Many of those are grown where wild blueberries are found—in the Northeast—but the creation of more heat-tolerant varieties in the 1970s led to blueberry industries thriving in new places, namely Georgia and Florida. In those states, blueberry harvests occur earlier than in the Northeast states, which means there are weeks early in the blueberry season when Southeastern blueberry growers can dominate the market.

That all started changing after 2010; by 2019, Mexico exported the second most blueberries to the US of any country, after Chile. And Chile, with its southern hemisphere seasons, wasn’t considered by domestic growers to be a direct threat, but Mexico produces blueberries at around the same time as the Southeastern states. Many farmers from those states have accused Mexico of using subsidized farms and vastly decreased labor costs, compared to the United States, to undercut American blueberry production and drive the price down for everyone.

The Trump administration promised to respond, and announced a joint effort from the USDA, the Department of Commerce, and the Office of the US Trade Representative to try to make things easier for domestic blueberry farmers. They’ll be investigating how much harm Mexican blueberries have caused American farmers, using the same obscure law that sparked the trade wars on Chinese manufacturing. (That law had not been invoked between 2001 and 2017; one paper says it had “fallen out of favor.”) Theoretically, this could lead to tariffs, a bizarre choice given that the USMCA, the successor to NAFTA which governs trade between the North American countries, has only been in effect since July 1st of this year. Farmers and some representatives from the Southeast and other major blueberry-growing states, like Michigan, praised the effort.

In response, the Fresh Produce Association of America, a trade group that represents those importing Mexican produce into the United States, issued a strongly worded letter calling the Trump announcement “unwarranted” and “politically motivated.” The FPAA claims that Mexican imports are not responsible for the woes of Southeastern blueberry farmers, and that Mexican subsidies are extremely low, especially in comparison to American subsidies.

It’s not actually clear how much damage Mexican blueberry imports are doing; one commonly cited report from the University of Florida actually looked at all kinds of crops except for blueberries, saying that data wasn’t available. And it’s not at all clear that Mexico’s subsidies have broken any trade laws; after all, the United States is a world leader in subsidizing agriculture. Another study, from the University of Georgia, estimated extremely large damages to the Georgia blueberry industry as a result of Mexican imports. USDA chief Sonny Perdue actually dismissed that one himself, saying it was “flat wrong” and used “imagined scenarios.”

It’s also probably worth noting that the Trump administration tossed in a reference to “criminal activity” associated with blueberry imports, possibly a reference to the ongoing struggle between the Mexican avocado industry and the drug cartels which extort it, or maybe just seeking to establish a connection between Mexico and crime.