The Country’s Most Productive Farmland Is Now One of Its Worst COVID-19 Hotspots - Modern Farmer
Health, Labor 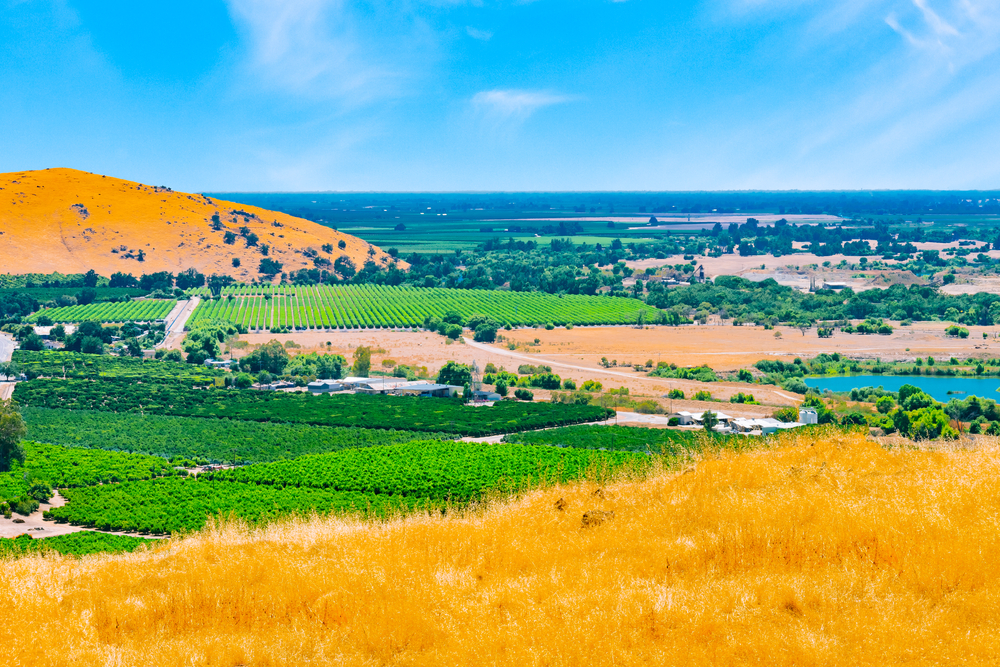 That’s not great news in a state that has the most COVID-19 positive tests in the country, and which broke the single-day COVID-19 death toll three times in the past week. The Central Valley, though, has seen test rates, deaths, and hospitalizations spike recently, and much of that spike is due to the fact that the Central Valley is probably the most important agricultural region in the country.

Agriculture, as you might expect, dominates the Central Valley economy, and much of the area’s farming is done by Latinx and immigrant workers. Those workers have been declared essential during the pandemic and have continued working, but farmworkers live and work in situations which do not fare well when faced with a contagious virus. The Los Angeles Times reports that many, if not most, farmworkers in the Central Valley live in dense apartments. They also share transportation from housing to work, which provides another close-quarters space where COVID-19 can spread.

Further, workers are often in precarious situations legally, either undocumented or using work visas, and may be afraid for their livelihood or status in the country if they were to report unsafe conditions. An investigation from the Los Angeles Times declared that “the coronavirus is also ravaging Latino farmworkers because they have long been treated as disposable labor in California, risking their lives in heat waves and pesticide-laden fields to help put food on people’s tables.” Putting farmworkers, especially Latinx and immigrant farmworkers, in dangerous situations is nothing new to American agriculture.

Newsom, in a public statement on Monday, announced some modest declines in parts of California’s positive test rates and other metrics, including Los Angeles. But the thrust of the statement was about the Central Valley and its struggles. Over the past two weeks, the Central Valley has positive test rates as much as two times higher than the state average. In some counties, the number of cases per 100,000 residents reached over 52, two times the bar for the worst risk level set by Harvard. Hospitalizations hit the Central Valley at 50 percent higher than in Los Angeles.

Because eight of the counties that make up the Central Valley are running out of hospital space, Newsom said that some patients will be moved to adjacent areas, to free up beds—a strategy first used in Imperial County, near the Arizona border, which was utterly slammed by COVID-19.

Newsom said that $6.5 million will be allocated to families, individuals, and nonprofits to help with essentials like food and rent, though did not elaborate on how exactly that will work. That money will come from “philanthropy,” organized by California nonprofit Sierra Health Foundation. That’s in addition to the $52 million Newsom asked the California legislature to approve for epidemiological efforts, like contact tracing, testing, and isolation, last week.

Also last week, Newsom announced a plan to form “strike teams” which aim to help hospitals and other essential businesses trace and contain the virus. Previously, these strike teams have been used to enforce state laws on communities that have refused to follow proper distancing and mask-wearing protocols; Newsom has actually had to threaten to suspend funding from Central Valley towns that have been unwilling to do so.

Previous reports from farmworkers have indicated that their workplace safety is inadequate, without, in some cases, proper physical distancing, a regular supply of masks and gloves, and without the presence of safety regulators to ensure that best practices are followed. According to the Los Angeles Times, lawmakers have until August 31 to send bills to Newsom before adjourning for the rest of the year.

What is really happening here has nothing to do with any virus, but is entirely about political corruption, which has always employed many different kinds of data and “numbers” games to maintain control and power, and used to defeat the “enemy.” Many of us know what this is all about. Someone from CA commented: “A friend of mine lives in that area and comes from a farming family. Her brother and brother in law are both farmers. She told me the powers that be dumped a lot their farming water into the ocean earlier this year. Wouldn’t let them have… Read more »

Talking about the problem isn’t actually helping anyone These people need outreach, they need testing,motels where they can quarantine, they need masks and ways to get to work that dont involve having to be in a tightly packed vehicle. they need messaging about how to keep safe, not to have these big family gatherings and parties, they may need access to food delivery so these people who let the rest of us eat can safely convalesce if they are ill without having to go to the store. they need to have their rent be paid so they don’t go to… Read more »