The Brazilian company is converting one of the largest lamb processing plants in the country into a beef facility. 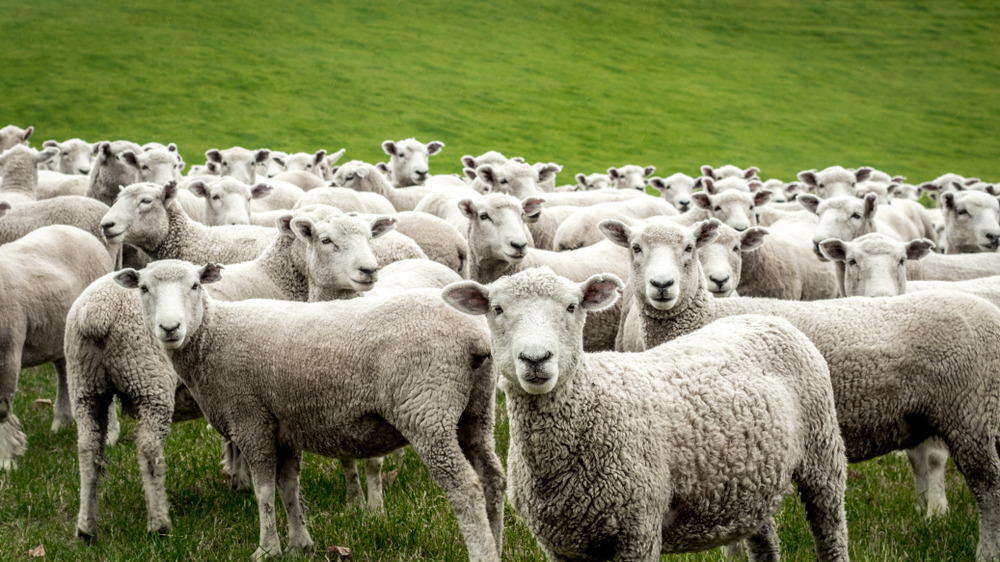 Henry Etcheverry has watched his livelihood slowly deteriorate over the past few months. He strains to think of a time when his industry was more threatened than it is now, but he can’t.

The Idaho farmer, who has raised sheep for 48 years, received news last month that JBS, a Brazilian-owned meat company, is taking over Mountain State Rosen (MSR), a lamb processing facility in Greeley, Colorado that he and fellow producers had owned and depended on for many years. MSR is the second largest lamb processing plant in the country, responsible for 20 percent of total domestic lamb production. Etcheverry sends about 10,000 lambs to the facility each year, but the meat giant plans to convert it to beef production.

“JBS is an international conglomerate meat packer. And what the hell, they kicked us around like a little bug,” he says. “They knew they could do it… we’re just a bunch of sheep guys out here.”

Etcheverry belongs to Mountain States Lamb Cooperative, a group of 145 sheep farmers and ranchers in western states that formerly owned 87 percent of the processing facility before it went bankrupt. About a month later, JBS, which is one of a handful of large companies that dominate the American meat industry, successfully acquired the processing plant through a bidding auction.

The impending conversion of MSR has left producers like Etcheverry wondering how their meat will make it to market. Experts in the industry believe that without the facility, the lamb processing market will not have the capacity to absorb the remaining animals and could force many local producers out of business.

In the bidding process, another bidder was willing to maintain lamb processing, according to Brad Boner, the chairman of the cooperative. However, Boner says he believes the judge that oversaw the bidding did not consider that the JBS was putting local jobs at stake. The offers were both around $14 million, but JBS’s bid was higher by $200,000, says Boner. In his mind, the process should have been about more than those figures.

“We’re devastated,” he says. “I’ve gotten many calls asking ‘what am I going to with my lambs?’ My answer has to be ‘I don’t’ know’… I don’t even know what I’m going with mine.”

He says that prior to the bankruptcy and bidding process, MSR tried to sell the plant to a different company that was also committed to keeping it as a lamb processing operation. But this fell through, he says, after JBS refused to provide the company with the wastewater services the MSR had been sharing with one of its other plants nearby. This was something that JBS had agreed to in the past with MSR, but wouldn’t do so for the new company, Boner says. And without a place to store wastewater, he adds, the plant becomes useless.

Local job losses aside, Boner says JBS’s ability to consolidate more of the meat industry has bigger implications. JBS, along with three other companies—Cargill, Tyson Foods and Smithfield Foods—control most meat processing in the United States. When it comes to the beef industry, around 50 plants are responsible for processing 98 percent of meat, according to the New York Times. Critics say the pandemic has highlighted some of the problems with having the meat supply chain dependent on such a limited number of plants run by a few companies. As meat plants started to shut down due to outbreaks early in the pandemic, huge backlogs forced farmers to euthanize huge numbers of animals that were set to be processed.

JBS’s plans to transform the lamb processing plant has caught the attention of a group of 12 elected representatives in five western states. Led by Republican Utah Senator Mike Lee, the group sent a letter to the Department of Justice on July 29, asking it to intervene in JBS’s acquisition in order to protect the domestic lamb market.

“It is our understanding that JBS intends to permanently destroy all of the lamb processing equipment as soon as this week,” the letter says. “This is alarming for several reasons. In addition to eliminating hundreds of jobs…This facility competes head-to-head with JBS, which imports all of its lamb products.”

The letter also says that JBS will eliminate domestic competitors in the region in order to replace significant amounts of locally produced lamb with its imported product.

When asked to comment on the investigation being proposed and the impact that the conversion has on the sheep industry, Cameron Bruett, a spokesperson for JBS said that the decision to acquire the old MSR facility was part of the company’s “vision to invest” in the town of Greeley.

“This action does not eliminate hundreds of jobs, but preserves existing jobs while creating the opportunity for new jobs in our hometown of Greeley,” Bruett wrote in an e-mail statement, adding that all former MSR employees have been provided the opportunity to apply for jobs with JBS USA.

The DOJ has reportedly taken some steps to delay the meat giant’s ability to move forward with its conversion to a beef processing facility. Boner says he heard from MSR’s CEO, Brad Graham, that JBS employees told him on Monday they were required to “stand still” for 30 days as the department looks into the situation. Boner says he believes it’s still possible that the old MSR plant remains a lamb processing facility despite the acquisition being finalized last week.

Etcheverry says that he’s not as hopeful. He’s started to think of ways to keep his farm alive, while exploring different avenues that would get his lambs to slaughter. He feels that JBS will have a lasting impact on the industry that will result in many vacated fields across the western US. Most significantly, he says, the knowledge in sheep farming that was gained through the years and handed down between multiple generations is at risk of disappearing forever.

Isn’t this an opportune time to rally behind increasing the establishment/preservation of local slaughterhouses (or abattoirs, as they’re called in Australia) to prevent this scenario?

This is an opport7nity to contact President Trump for his help and support. He is all about American!, the American Farmer, and keeping everything in America.
You know he’ll help when he finds out!