Is the Future of Wheat Farming Inside and Up? - Modern Farmer
Environment, Food & Drink, Plants

Is the Future of Wheat Farming Inside and Up? 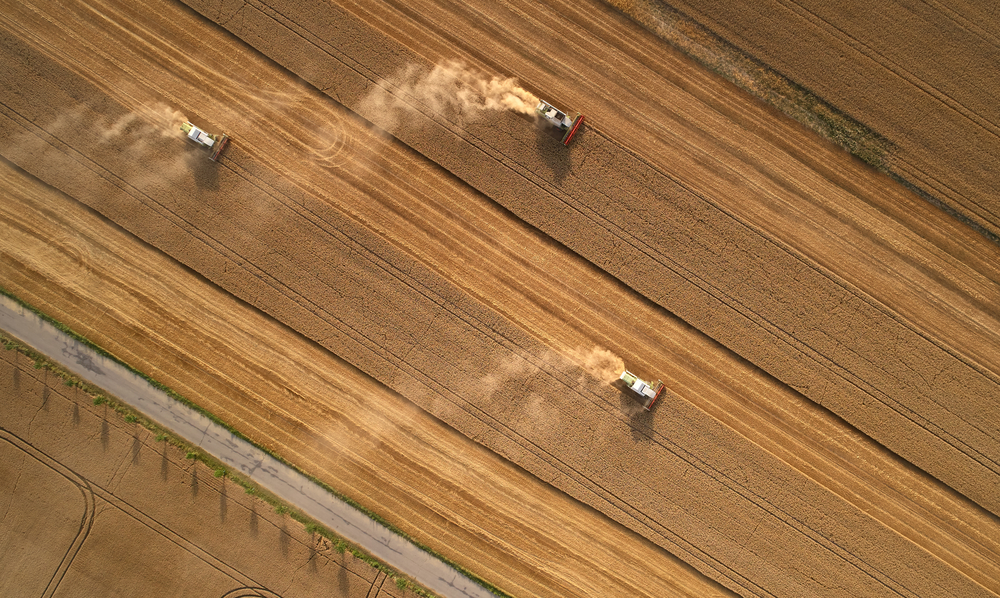 In recent years, indoor vertical farms have been commonly used to grow vegetables such as lettuce, kale and microgreens. But little research has looked at how they might be used to grow staple crops until now.

A new study by scientists at the University of Florida compares the yields of growing wheat in a field with those of the crop grown in an indoor vertical farming. This method consists of growing food on sky-high stacked layers in shipping containers, tunnels, and warehouses using LED bulbs and hydroponic systems.  The study, which was published in Proceedings of the National Academy of Sciences, shows that farmers can grow exponentially more wheat using indoor vertical farming than through the same amount of ground space in a field.

Using a crop simulation tool, researchers found that a 10-floor vertical farm, covering one hectare of ground space and operating under optimal conditions, was able to generate about 600 more times the yield than the average amount produced on one hectare of farmland. When they plugged in conditions for a 100-floor farm, the yield produced was 6,000 times more. 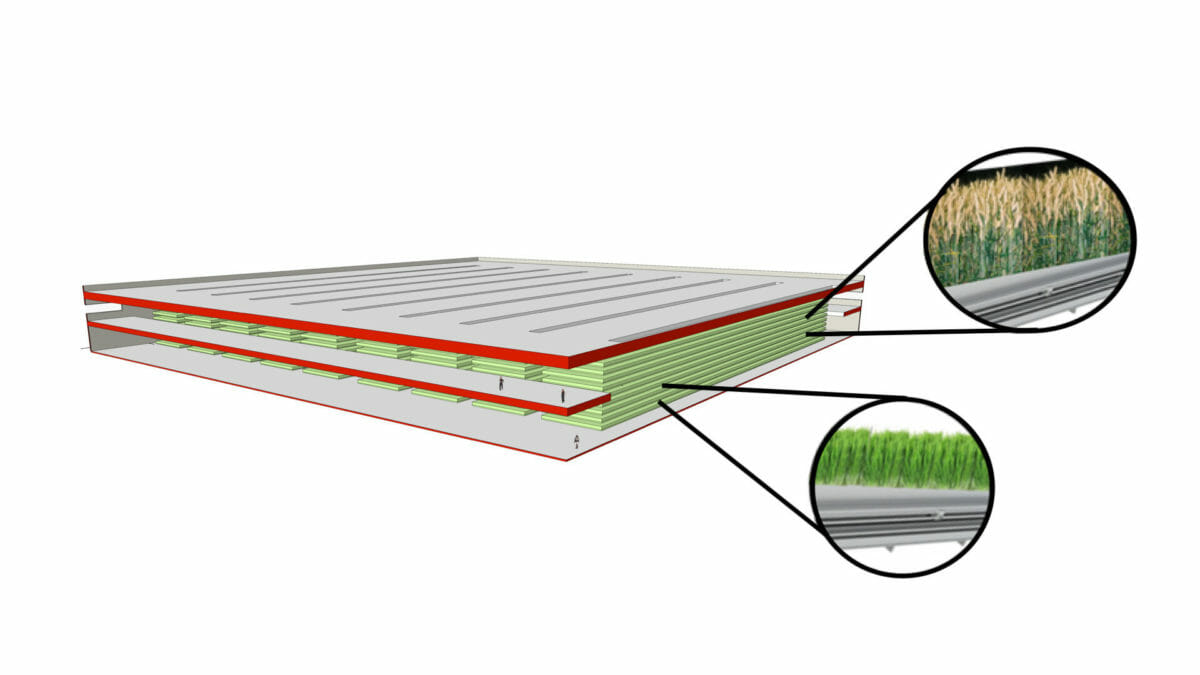 A section of a vertical wheat farm growing 10 layers of the crop from seeds to harvest. Credit: Gregory Kiss, Senthold Asseng, and Paul P.G. Gauthier

Scientists say that this method could be particularly useful for feeding the world’s growing population, which is expected to reach 10 billion by 2050. According to the FAO, wheat is the most widely grown crop in the world, representing 20 percent of people’s daily protein and food calories. And in recent years, experts say global production has not satisfied demand, triggering price instability and unrest.

Senthold Asseng, the lead author of the study and a professor of crop systems modelling, says indoor vertical farming will also deter farmers from clearing forests for agriculture. He adds that hydroponic methods use 90 percent less water and that housing crops indoors also eliminates the need for using herbicides or pesticides linked to environmental issues and human health risks.

“There is opportunity to grow huge crops and at the same time address the issue of environmental degradation,” Asseng says. “We need to nurture our environment because it’s the only environment we have.”

Despite the potential of growing wheat indoors, Asseng says there are barriers that will likely prevent many wheat farmers from choosing to use the method. These include the energy costs associated with powering an indoor facility.

But Asseng says the environmental benefit of indoor vertical farming could attract governments that are already subsidizing conventional agriculture to put some funding towards growing staple foods indoors.

“Many countries spend a lot of money on agriculture subsidies to keep agriculture production going. It might not always be the right way to consider the economics if it comes down to survival and stability,” he says. “Here is a new way of doing agriculture that will be really good for the environment.”

I think it’s highly unlikely that we’re going to see wheat produced in vertical farms at any commercial scale. Perhaps for research in limited amounts, but not just for commercial production. It’s too low-value. Even with the increase in yields, I don’t see the economics working out.
As far as I have heard, the economics are challenging even for high-value crops like baby greens, While it may be technologically possible to grow wheat in a vertical farm, I don’t see how anyone will be able to make money doing it.

Theory before reality! Another study of a study, get off your butt and just do it! Buy a huge warehouse fill it with lights/heat/water see how that goes then keep applying what you learned. Wheat is going to have to skyrocket in value before it goes indoors. But again, do the work with your hands rather then simulations, I trust those results waaaaaaay more! Oh but that would require labor and money. See how much cheaper it is just to farm in conventionally, oh but you would need a “Grant” to “study” it? Isn’t that a subsidy in itself? You’d… Read more »

“global production has not satisfied demand triggering price instability and unrest” in what world? the biggest problem with wheat is that we are producing too much wheat… we are currently producing in excess of demand, that is why prices are so low… and very stable at that low i might add. $4/bu doesnt build skyscraper wheat farms. why would we want to increase the production of wheat when there is already a glut? “hydroponic methods use 90% less water” pretty sure you dont see much wheat under irrigation so why would water usage be a consideration? on top of that… Read more »

Researchers should look to educate individuals on how to grow this on a small scale in a personal green house/community green house. That would be one way to spread the cost out. I would be very interested in learning how to create this type of growing space in my own green house. Sometimes I sprout oats for our chickens, but I’ve never tried growing it until it seeds out. Probably still wouldn’t be economical, but it would be a start to a process that needs to happen in the next 20 years to accommodate our growing population.

I have in fact developed a method and process to grow rice and other cereal grains in a plant factory (VF) but it takes time setting up deals in place to build the first prototype.