Know your animals… not just by their name. 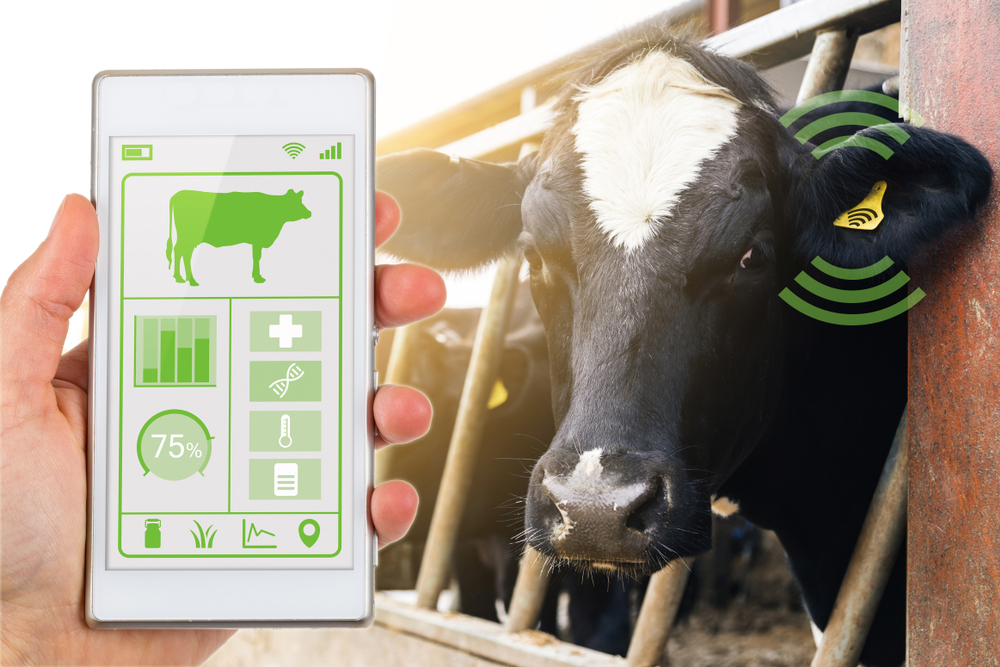 by Luke SW on Shutterstock
Photography It takes around 50 photographs from different angles for facial recognition to tell one cow apart from the rest.
Share
Tweet
Pin
Email

Compared to humans, squirmy pigs and fidgety cows might not make ideal photography subjects, but it’s all the same when it comes to facial recognition technology.

Facial recognition technology has been increasingly used on people for everything from unlocking a smartphone to picking out a criminal from surveillance footage. But it wasn’t until recently that such innovations were being used for barnyard animals. New software, largely developed in China, involves installing facial recognition cameras throughout a farm and allows farmers to build a profile of each individual animal based on their face and hide features. It has the potential to document animals’ regular behavior, including drinking and eating habits, while keeping tabs on their health, pregnancies and insemination dates.

Having this information would not only improve farming efficiency, but potentially could help prevent insurance fraud. Insurance companies have relied on farmers to identify animals with their ear tags, but animals often chew them off, which makes it easier to lie about their herd count.

In an interview with Washington Post this month, Zhao Jinshi, founder of Beijing Unitrace Tech, a company developing facial recognition software for farms said he’s been using the technology on sheep, cows and pigs.

“For pigs, it’s more difficult because pigs all look the same, but dairy cows are a bit special because they are black and white and have different shapes,” he said.

It takes about 50 photographs from different angles in order to have enough information for facial recognition to tell one cow apart from the rest, according to Zhao. Entrepreneurs in China are marketing the technology to local farmers who want to scale up production and minimize their own workload. In a pilot program Zhao is conducting, farmers, using the recognition software, will be able to detect signs of illness or unusual behavior in their animals as opposed to inspecting each member of their herd for issues.

Swiss media outlet, Heidi News, reported that Chinese e-commerce giant Alibaba Group has been working on voice recognition software that would alert farmers when their hogs are in trouble based on their squeals.

In China, where this is all taking off, this new technology could help farmers meet the country’s growing demand for pork by boosting their efficiency. Though it begs the question of when and whether the technology might become a mainstream piece of agriculture in the United States.

Popular
The Rise of At-Home Hydroponic GardensBridget Shirvell
How to (Actually) Get Rid of Fruit FliesEmily Baron Cadloff
7 Smokable Plants You Can Grow That Aren’t MarijuanaBrian Barth
Goat Sex: Everything You Wanted to Know But Were Afraid to AskAndrew Amelinckx
6 Differences Between Llamas and AlpacasAndrew Amelinckx
Explore Modern Farmer
Related
Environment, Politics
Fewer Than Half of Applicants Receive Federal Conservation FundingEmily Baron Cadloff
Animals
How Can Farmers Coexist With Wolves?Dan Nosowitz
Environment, Politics
USDA Accepts More Than 2.5 Million Acres in Grassland Conservation ProgramDan Nosowitz
Environment
How Has Hurricane Ida Affected Agriculture and Food?Dan Nosowitz
wpDiscuz
We use cookies on our website to give you the most relevant experience by remembering your preferences and repeat visits. By clicking “Accept”, you consent to the use of ALL the cookies.
Cookie settings ACCEPT
Privacy & Cookies Policy