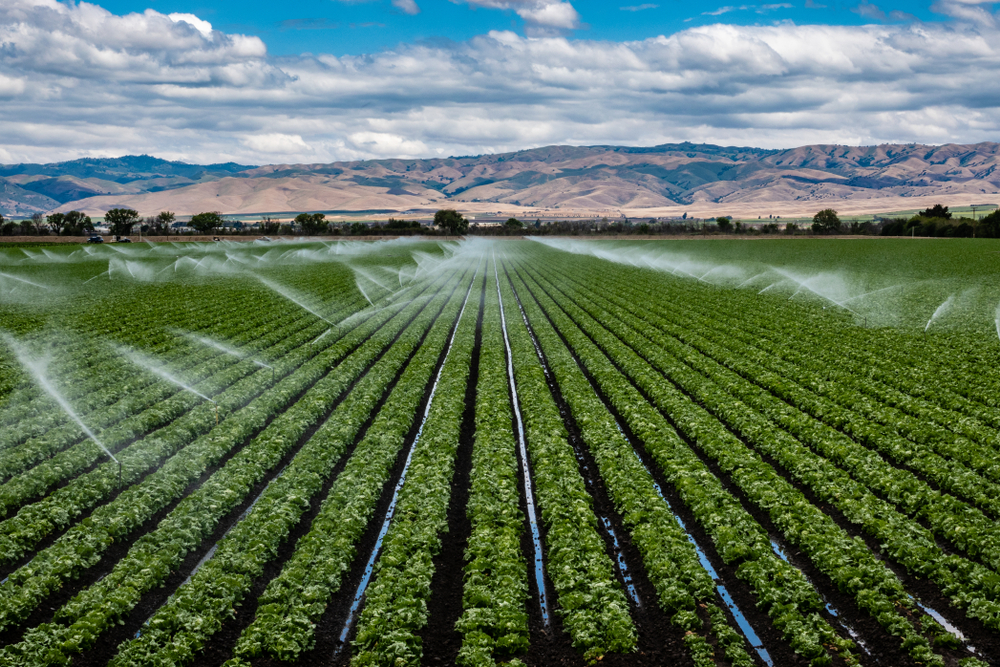 If you’re a farmer in the Pacific Northwest, you’ve probably grappled with the fickleness of Washington State’s Yakima River Basin as a water source for irrigation.

In recent years, the area, which is home to some of the nation’s largest producers of wheat, cherries, apples and hops, has been hit by nasty droughts. This, coupled with a lack of snowfall, has drained the area’s water supply, causing stunted crops or lower than usual yields as farmers had to ration their water. In 2019, Washington Governor Jay Inslee officially declared drought emergencies for 27 watersheds, which resulted in certain residents only accessing as much as 70 percent of their usual regular supply.

Things likely won’t get any easier for farmers in this region unless more is done to mitigate the effects of climate change, according to a new study by researchers from Cornell University and Washington State University. Their research finds that farmers who adapt drought resistant crop varieties could face revenue unpredictability, but sticking with conventional crops as the effects of climate change take hold will result in lower yields.

The study, which was published last week in Nature Communications, predicts how certain crop varieties would thrive based on projected climate conditions for the years 2030-2090. Researchers looked to quantify the impact that climate change has on productivity in the Yakima River Basin, but also wanted to determine if drought-resistant crop varieties could recover productivity during dry periods.

What they found was that higher water stress and increasing temperatures led to lower crop yields for farmers. Drought-tolerant varieties, on the other hand, improved the yield during average conditions, but fared unfavourably in the most severe climate ultimately resulting in higher unpredictability for yields.

Patrick Reed, a co-author of the study and a professor at Cornell University, says that the findings are applicable to other basins in mountainous regions around the world that depend on snowpack for water supply. Reed says the results of the study can help farmers prioritize. “It’s going to be about bringing more tools to the table in terms of climate change so we’re not reacting. You can get ahead of the game,” he says

To head off these problems, researchers recommend using more agrobiodiversity by planting different resilient varieties and tapping into seed banks to establish efficient seed-sharing programs. They also say water management needs to be improved by building efficient water storage or transfer facilities. Reed adds that he believes in order to build a sufficient approach to dealing with climate change in agriculture, it’s going to involve everyone from producers to all levels of government to take action.

Unless there’s some attempt to proactively respond to the risks of climate change, researchers maintain that the years ahead will be difficult ones.

Related
Lifestyle, Plants
The Prison Garden Empowering Women to Pursue GrowthLia Picard
Labor
American Agriculture’s Reliance on Foreign Workers SurgesShea Swenson
Future of Food, Plants
How More Than a Century of Antarctic Agriculture Is Helping Scientists Grow...Daniella McCahey
Plants
Goodyear Wants to Make Tires From DandelionsShea Swenson
wpDiscuz
We use cookies on our website to give you the most relevant experience by remembering your preferences and repeat visits. By clicking “Accept”, you consent to the use of ALL the cookies.
Cookie settings ACCEPT
Privacy & Cookies Policy