Sellers have seen warehouses pile up with artisanal cheese during the pandemic. 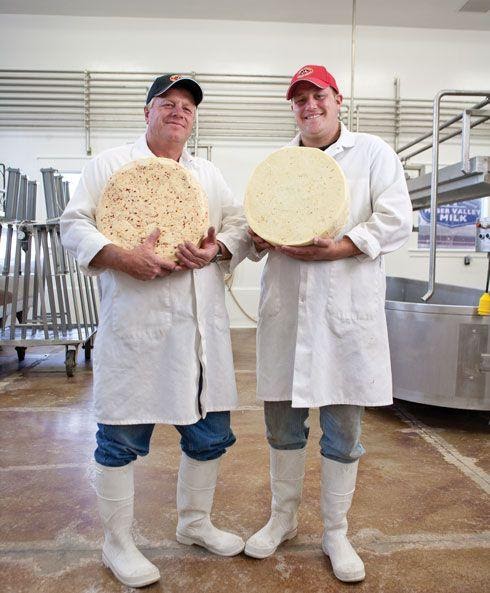 Mountains of specialty cheese have been piling up in warehouses in recent months, as restaurants shuttered and other traditional markets closed down across America.

Like many other areas of the food industry, artisanal cheese has not been immune to the pandemic’s disruptions. But cheese associations say artisanal cheese producers have been hit especially hard, as they tend to be local family-run businesses—without the support of larger corporate entities—that depend on restaurants. A recent survey of almost 1,000 artisanal cheese sellers and producers, conducted by the American Cheese Society (ACS), found that nearly 70 percent were negatively impacted in some way by COVID-19. Almost 60 percent said their overall sales decreased.

Russ Kohler, a Utah cheese maker and dairy farmer, says he suffered a 70 percent loss in sales when stay-at-home orders went into effect in mid-March. He had to scramble to find new customers, as his family-run cheesery, Heber Valley Artisan Cheese, usually relies on revenue from a farm store, restaurants and other retail outlets.

“It was a tough pill to swallow,” says Kohler, who first started making cheese in 2011 to keep his family’s dairy operation viable. “We’re just kind of floating along, trying to weather the storm.”

Kohler burnt through a large portion of emergency savings, and it wasn’t until about three weeks ago when restrictions began to ease that things started to improve. He says that if his business didn’t have a safety net of cash secured to make up for lost profits, his family business would have had to close its doors permanently.

Karen Lundquist, the executive director of the ACS, says the economic blow to both artisan cheese makers and sellers was remarkably sudden. She’s aware of some businesses still feeling the impact, but believes their long-term survival will depend on their ability to navigate what’s become the “new normal.”

“I think at the heart of it all, people are in specialty cheese because they care about other people, because they have a passion for the craft, because they’re interested in nurturing and feeding the world and those pieces are driving them,” she says.

The pandemic has been particularly hard for small-scale producers, says Lundquist, but many have come up with creative solutions to find new markets.

For Jessica Little, of Sweet Grass Dairy in Thomasville, Georgia, this has meant some changes to her operations. She’s had to often make phone calls to those in her small community, and built stronger relationships with her buyers.  “It was eye opening to realize how dependent we are on food service channels,” she says.

She’s noticed that stronger cheeses like her natural rind blue cheese, which  normally sells out with chefs, have not been as popular with consumers. Instead of selling six main products of cheese,  the cheesery has focused production to three popular options at smaller retail sizes. Making use of their e-commerce store, Little says they’ve put together tasting kits available for purchase online, which has resulted in a good boost. In May, she experienced a 40 percent drop in sales, compared to the same month last year, whereas in April, she saw a 65 percent loss.

She’s hopeful that she’s on the right trajectory, as restaurants have started to open up in her state, operating at 50 percent capacity.

Michele Buster, the founder of New York-based Forever Cheese, relies on family farms to provide her with a high quality product she sells to restaurants, caterers, grocers and distributors. She imports her cheese from producers in Europe, and says there has been a lot of buildup, with limited markets to sell cheese. “It became the cheese emergencies,” she says.

Buster says the buildup was so severe that her New Jersey warehouse became inundated with mountains of cheese. The types of cheese she was able to sell tended to be better known cheeses like Pecorino Romano, Manchengo and Parmesan rather than more adventurous ones. To deal with the buildup, she has donated about 10,000 pounds of cheese to community organizations, sold at discounted prices and reached out to customers on behalf of her distributors. As an importer, Buster pays a 25 percent tariff on her products, but she is hoping to get a break from the government on the tax given the circumstances.

Even so, she says she’ll be surprised if she makes a profit this year, fully aware that the next few months will probably be difficult.

Now more than ever, Buster says it will be important to support specialty cheese makers, who’ve made valuable, creative contributions to the culinary world. She believes that losing any craft producer would not only deprive fellow foodies across the country of high quality tastes. But it would also erase years of hard work, food history and artistic legacy.

Modern Farmer, you should collect a list of these producers and post it with this article so we can all patronize these awesome producers. Awareness is great but taking it a step further would be a fabulous contribution!

Wish they would tell reader how to access these cheeses. I would buy online if that were an option.

I work in the artisan cheese industry. Below are links to some great lists for anyone interested in supporting cheesemakers in the U.S.

These producers should flood the market. The idea being to take share from import producers. Better to loose some profit and gain share rather than totally loose the cost of producing product.

I would like to go out soon and purchase artisan cheese, I sure enjoy it!
Try to look at cheese items when I go grocery shopping!

Huge miss in the article to not list ways to buy these cheeses across the country. Show us how to help.

I buy a wheel of cheese from a small producer from time to time so I thought I could use this time to try some new ones. I looked up Heber Valley Artisan Cheese as mentioned in this story, but theirs is $30+ a pound. Double what I pay for cheese made by a small farm in my state and triple what I pay for quality store bought cheese. I’m impressed that they can get these prices but Im not so sympathetic.

Blame the governors of the states under house arrest. Two weeks would have been plenty to determine the hot spots. Hot spots and buffer zones could have been quarantined. Everyone else free to go back to work/school/etc., with reasonable precautions. Didn’t happen anywhere. Every governor instituted a one-size-fits-all house arrest. It’s been all political after the first two weeks. Cheese producers should ask their governor for a bailout. Unfortunately, the “geniuses” who put their entire states under house arrest forgot when everyone is under house arrest, tax revenues go down significantly. No bailout from Washington for the power-tripping little Hitlers.