Will a market based approach work for agriculture? 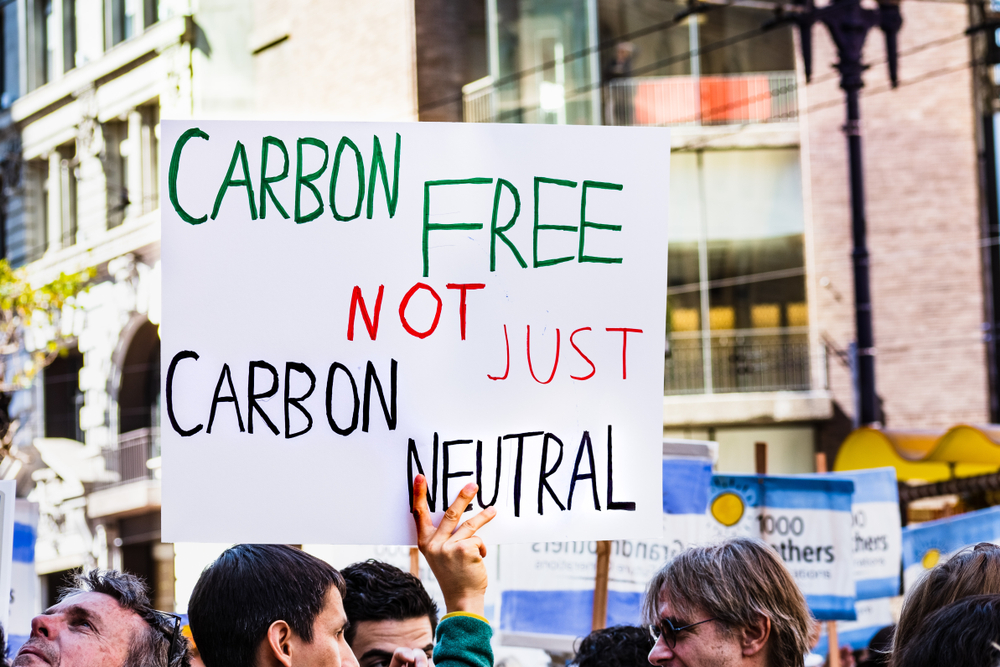 Earlier this month, a group of US senators did what would usually seem unthinkable in today’s political climate, and reached across the aisle to propose a bill that aims to tackle climate change through agriculture.

The Growing Climate Solutions Act is a rare example of bipartisan support on climate change policy that would encourage farmers and ranchers to use practices that sequester carbon in exchange for offset credits in a cap and trade system. Such systems involve setting a cap on greenhouse gas emissions, and requiring those who want to exceed that limit to buy government-issued carbon credits, creating a financial incentive for them to reduce their emissions. In return for using methods that keep more carbon in the ground, farmers would receive credits, which they could then sell to those polluting companies.

The bill establishes a certification program for farmers to engage in these markets, and has won the backing of several major agriculture organizations, including the American Farm Bureau Federation and the National Farmers Union, as well as a number of large food companies such as Cargill and McDonald’s. But some sustainable agriculture organizations say that carbon markets would be an ineffective approach for agriculture, that would disproportionately favor big ag over smaller farms.

“We can’t buy or shop our way to a better planet,” says John Peck, the executive director of Family Farm Defenders, and a member of the National Family Farm Coalition. “Pollution trading doesn’t solve pollution problems. It just makes it into a commodity, which people then buy and sell.”

Peck says that the best way for farmers to get properly compensated for farming sustainably are government funded programs such as the Conservation Stewardship Program. This way, he explains, the farmer receives their money directly from the government instead of having to redeem the leftovers of a credit from all of the middlemen involved in the market. Direct funds would especially be beneficial to small-mid sized farmers, who don’t have the land or economic scale to profit off of credits.

“We need to re-localize our food systems, not turn it into a global casino,” he says. “This will just create more inequality and disparity within our agricultural system.”

Critics of cap and trade say that such systems let polluters avoid being meaningfully held accountable for their emissions. This is because credits on existing regional markets are far too cheap to make emissions a financial burden for polluters. California has seen emissions rise since it introduced its cap and trade system. In that state, the credits have been so abundant and so cheap that fossil fuel companies have been able to buy up large amounts of credits inexpensively and continue to emit without much of a burden.

Tara Ritter, a senior program associate for climate and rural communities at the Institute for Agriculture and Trade Policy, points to the Chicago Climate Exchange, the nation’s first carbon market, as a cautionary tale. The exchange was set up in 2003, and later crashed in 2010 due to a flood of cheap carbon credits without any buyers.

“The entire market collapsed and then farmers didn’t get what they were promised,” Ritter says, referring to the monetary value of the credits in exchange for the practices farmers employed. “It left farmers out to dry.”

Ritter says credits would be too cheap to make the transition to sustainable practices worth it for many farmers, and those more likely to benefit would be larger operations with more land to generate credits. This would only further support the consolidation of agriculture, she says.

If passed as is, the bill would establish a certification program run by private “third-party verifiers” who will help farmers and ranchers with technical advice on carbon capture methods. This has caused concern among critics who say there could be conflicts of interest. Critics warn that if these verifiers are associated with a polluting company, they could have a vested interest in ensuring there are more credits in the market.

The senators who wrote the bill have heralded it as a rare feat of cooperation in a time of extreme partisanship. In an emailed statement, one of the bill’s sponsors, Republican Senator Mike Braun, said “It’s hard to get anyone in Washington to agree on something, which is why I’m proud the Growing Climate Solutions Act has the support over of over 50 organizations – including the National Farm Bureau, National Farmers Union and the Environmental Defense Fund – which will accomplish real climate solutions that our farmers, environmentalists and industry can all support.”

A senate committee is set to hold its first hearing to debate the bill on Wednesday.

Carbon trading is a scam that will enrich a few at the expense of many. #WeDontHaveTime, fronted by Greta Thunberg, is one of the bigger perpetrators. Wind, solar, biofuels will never provide a significant fraction of our energy needs. We need nuclear, and we need to stop inviting third worlders who want to live a first world lifestyle. All our climate/environmental woes have a root cause: overpopulation, primarily in China, India and sub Saharan Africa. Until we focus on overpopulation, we will continue wasting time/money on band-aid approaches like carbon trading.