Unsafe Workdays for Farmworkers Could Double by 2050 Due to Climate Change - Modern Farmer
Environment, Labor 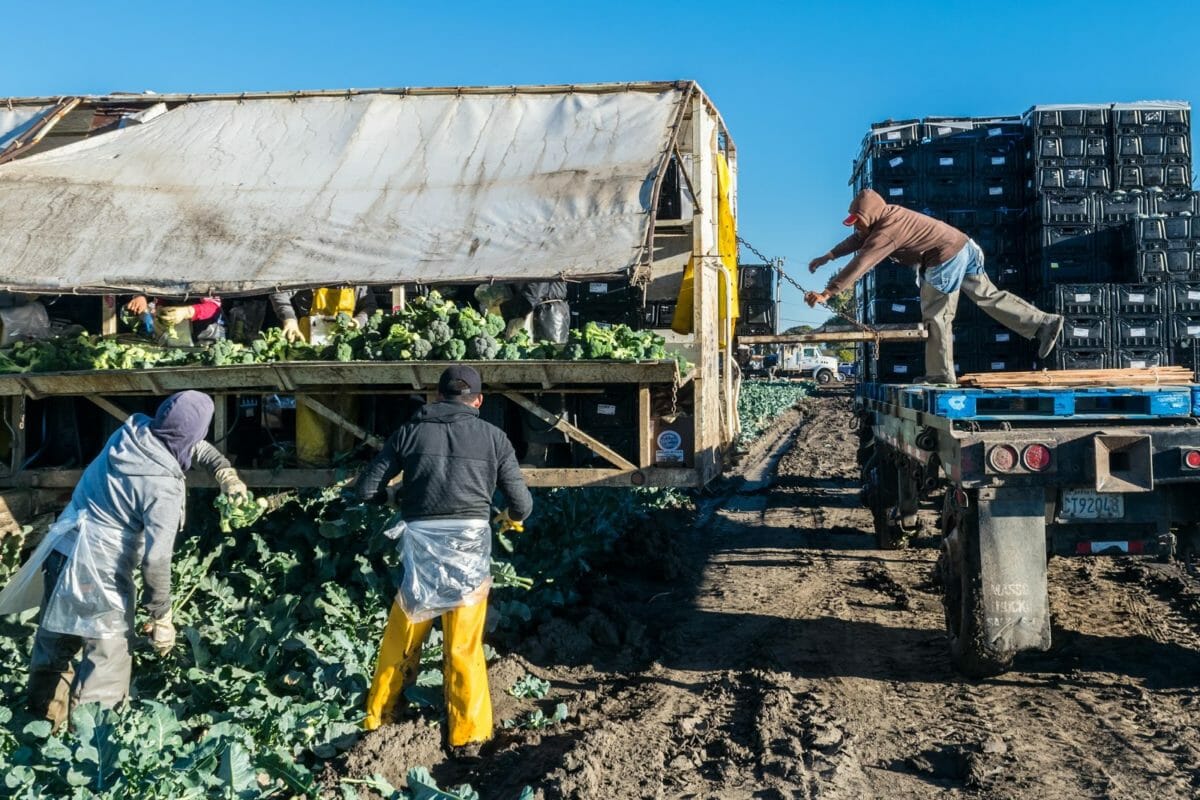 In the United States, there are more than two million agriculture workers, who spend long, backbreaking days hauling crops out of fields in the scorching sun.

The essential role these people play in bringing food to families across the country has become painfully apparent during the COVID-19 crisis. Before the pandemic, many farmworkers were already putting their health and safety at risk through pesticide exposure and heat stress. But recent research says conditions in fields will get a lot worse over the next three decades.

A new study, conducted by scientists at the University of Washington and Stanford University, projects that the number of days that are too hot to work outside will almost double by 2050 due to climate change. And that number will triple by the year 2100.

To calculate these projections, researchers created an algorithm using historical climate data and information from the Bureau of Labor Statistics. They found that the average farmworker currently sees about 21 days a year when the heat index exceeds workplace standards. Researchers expect this number will increase to 39 days by 2050 if the global temperature warms by 2 °C, and it will rise to 62 days if there is an increase of 4 °C. Days when temperatures hit above 83.4 °F are considered unsafe working days for farmworkers wearing double-layered clothing, researchers say.

Over the past 30 years, exposure to extreme heat has been the top cause of weather related deaths and according to findings from the Union of Concerned Scientists, farmworkers die of heat-related causes 20 times the rate of workers in other occupations.

Michelle Tigchelaar, a climate scientist at Stanford University and lead author of the study hopes that her results will engage more people about the importance of protecting this group of workers.

“There’s a general public awareness that I think needs to be raised around who is doing agricultural work and what that looks like in a changing climate,” she says. “The fact that [heat-related] health risks are so high already and will continue to increase at quite a staggering rate should worry many people.”

Most past research about agriculture and climate change has concerned the impact of rising temperatures on crops. Tigchelaar’s study is one of the first to focus on the effects global warming will have on farmworkers.

Going forward, the study suggests farmworkers will have to switch to wearing more breathable clothing to cope with hotter weather. Wearing a single layer of clothing could cut the number of unsafe workdays projected for 2050 in half, researchers say. Farmworkers will also need to take more rest breaks in air-conditioned rooms to deal with the heat.

Tigchelaar says the entire responsibility for implementing these new standards shouldn’t fall entirely on the farmers who hire farmworkers, as the government should play a role.

“Agriculture operates on very thin margins and some of the adaptive measures that we tested were taking a lot more breaks or taking breaks in air-conditioned environment,” she says. “Those things would have tremendous implications for the affordability and productivity of farms, so if there can be stronger policy structures that support that, [and] will be critical in ensuring that agricultural workers end up being protected.”

And while COVID-19 has posed a huge risk to farmworkers, Tigchelaar says it would be wise to take the appropriate measures to treat climate change the same way.

Popular
The Potential of Propolis for BeekeepersHolly Regan
7 Smokable Plants You Can Grow That Aren’t MarijuanaBrian Barth
Yes, the Government Really Does Stash Billions of Pounds of Cheese in...Emily Baron Cadloff
How to (Actually) Get Rid of Fruit FliesEmily Baron Cadloff
What to Do With an Abundance of PeppersShelby Vittek
Explore Modern Farmer
Related
Food & Drink
Food Inflation Is Eating Up Grocery BudgetsShea Swenson
Environment, Plants
Making the Case for IntercroppingShea Swenson
New Census of Agriculture to Survey Internet Access, Precision Agriculture and MoreEmily Baron Cadloff
Animals, Environment
Ugandan Farmers Embrace Maggots as Solution to Fertilizer ShortageShea Swenson
wpDiscuz
We use cookies on our website to give you the most relevant experience by remembering your preferences and repeat visits. By clicking “Accept”, you consent to the use of ALL the cookies.
Cookie settings ACCEPT
Privacy & Cookies Policy