The Trump Administration Is Pressuring Meatpacking Plants to Reopen

It remains to be seen whether they will, or whether it can be done safely. 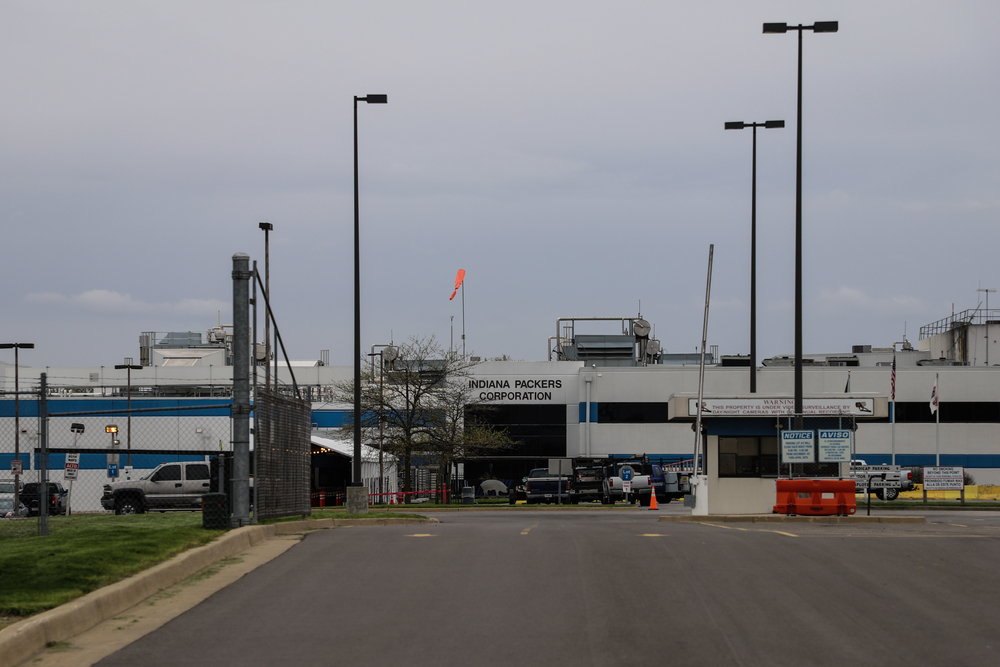 Indiana Packers Corp, one of the plants that reopened after shutting down.
Photography Lost Shoe Studios on Shutterstock
Share
Tweet
Pin
Email
238 Shares

On Friday, the USDA issued a statement applauding 14 major meatpacking plants, across the country, for reopening following COVID-19-related closures.

This statement is part of a series of messages from the Trump administration which is urging—though not compelling, at least not yet—meatpacking plants to remain open or reopen. This is despite meatpacking plants being one of the most dangerous places in the country to be, in terms of COVID-19.

Only two days previously, the Midwest Center for Investigative Reporting tallied more than 10,000 COVID-19 cases linked to meatpacking plants. That number includes family, friends, and community members who contracted the virus from those who worked in close quarters in meatpacking facilities.

The assembly-line structure of meatpacking plants, which also often includes workers living together, along with the fact that meatpacking plants are considered essential businesses, has all combined to make these facilities major hotspots for COVID-19 transmission. Often located in smaller towns and cities, these plants have become the epicenter for spreading the disease in such places as Sioux Falls, South Dakota; Logansport, Indiana; and Waterloo, Iowa.

Often in response to pressure from unions or media reporting, roughly eight plants per week shut down in the month of April. This was followed by an executive order from the Trump administration on April 28th, declaring these plants “critical infrastructure” and suggesting consequences for plants that remained closed. Invoking the Defense Production Act, a Korean-War-era power that the Trump administration hopes will compel these businesses to remain open, Trump and the USDA have steadily placed pressure on these plants to continue operations.

But those who actually work in these plants, and even some who own them, suggest that it will be very difficult, and perhaps not possible, to operate these plants safely. Lawsuits have been filed by unions on behalf of plant workers, alleging that the plants did not provide adequate protections for employees. The corporations may simply not be able to really reduce risks. Smithfield Foods wrote on its website: “Meat processing facilities, which are characterized by labor-intensive assembly-line style production, are not designed for social distancing.”

And despite Trump’s executive order, at least seven more meat plants have closed since it was signed, according to USA TODAY and the Midwest Center for Investigative Reporting.

As yet, the Trump administration has restricted its pressure to urging, rather than forcing, plants to remain open or reopen. There have been vague threats of legal action, but no such action actually taken; the terminology used, which is telling in situations like this, uses words like “exhort” and “should,” rather than more firm demands, according to a legal expert who spoke to the Midwest Center for Investigative Reporting.

That pressure, or perhaps more basic economics, has led some plants to commit to reopening. The Smithfield plant in Sioux Falls began a phased reopening on Thursday, with some new guidance from the CDC and OSHA. But those guidelines have come under fire for allowing possible asymptomatic carriers to continue working, and for being essentially voluntary.

It’s unclear whether the Trump administration actually can force a private business to open. What seems more clear is that meatpacking plants are more dangerous than ever right now.

There are thousands of meat/poultry processing plants in this country. We’re talking only a relatively few plants here. As usual, the media starts their fearmongering. This triggers panic buying, raising of prices, and shortages, as the media well know. But they don’t care, as long as they get those eyes and those clicks. No wonder the media isn’t trusted.