Could COVID-19 Have Lasting Impacts on Our Food Supply Chain? 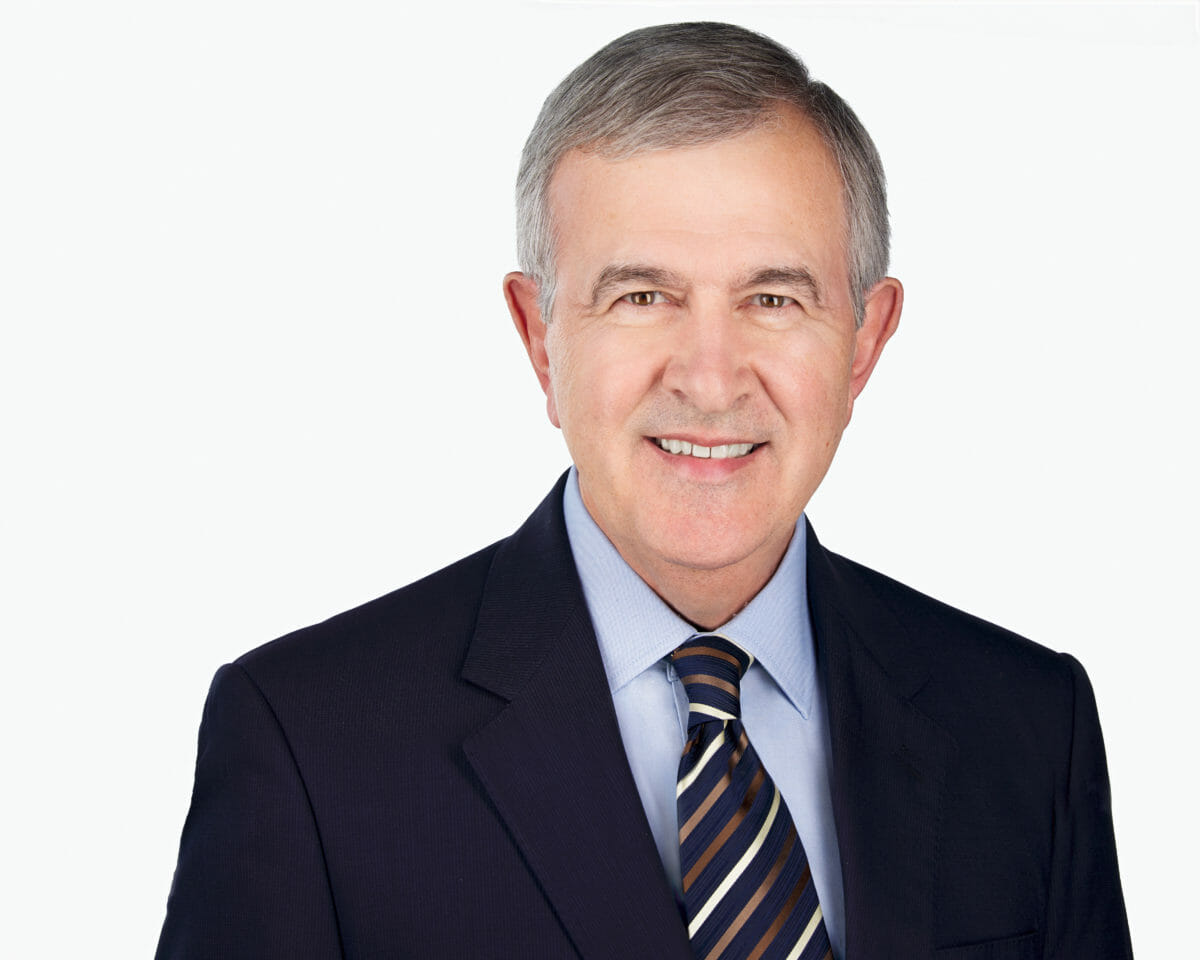 Mike Johanns thinks the pandemic could change a lot for agriculture.

The former USDA secretary and Nebraska senator expects there will be more automation and a stronger focus on worker safety when it comes to the way we process and package food going forward. Johanns, who is now the chairman of agriculture for tax consulting firm Alliantgroup, spoke to Modern Farmer about meat plants, worker safety and whether we should start processing food again like we did back in the 1960s.

Modern Farmer: During the pandemic, we’ve seen a level of disruption to agriculture not seen in modern history. Farmers and food processors are having to adapt and change to reach consumers. What ways do you think they’ll have to adapt further as this crisis evolves?

Mike Johanns: I think consumers are going to be demanding more packaging. They’re going to want to go into the grocery store and look at those tomatoes or green beans and feel comfortable that it hasn’t been handled by the last 20 people who walked by that aisle. As long as this virus is a part of our life, and I believe it will be for some time, consumers are going to be more demanding about how things are packaged, how they’re delivered, [and] how they’re displayed.

MF: Do you think the problems we are experiencing in our food supply chain today will have lasting impacts?

MJ: I do. We’re going to look a year from now or 18 months from now, and remember back in the day when you went down the aisle and squeezed fruit. I just think that’s going to change. I do hear more that people are becoming more interested in keeping chickens in their backyards. I hear more interest [from people who say] I’ve never planted a garden, but I’m going to plant a garden now. A vast majority of the products we consume do come from a Walmart or a grocery store, but you’ll see a greater interest in people raising food.

MF: Are there things you think we need to change about our food supply chain to make it less vulnerable to the disruptions we’re experiencing today?

MJ: What you’re going to see are changes in terms of safety issues, simply because you can’t run a processing plant if 15 percent of your workforce is out because they’re ill. You can’t keep operating that way. You could have a situation where workers are going to have to be spaced apart, and shielded. You can see that not only in the meat area which has of course gotten a lot of attention during this crisis, but you could see it with fruits and vegetables. I think you’re going to see a tremendous amount of emphasis placed on the safety of the worker, which makes a lot of sense, because that’s how you keep things working. Otherwise you’ll continually run into these challenges in the food supply.

MF: President Donald Trump issued an executive order at the end of April compelling meat processing plants to stay open. What could the Trump administration do to help when it comes to the problems at these plants?

MJ: Again, it’s inevitable that things are going to move in the direction of “how do we keep our workers safe, and how do we make sure they’ll be there the next day because they haven’t become ill?” Anything the federal government can do to initiate efforts to try to assist to put worker safety front and center, and even then you can’t guarantee that someone won’t be sick.

MF: Do you think that the federal government has put worker safety front and center?

MJ: You know. I’ve been around this a very long time. When I was governor [of Nebraska], I actually studied working conditions in packing plants and personally drafted and issued an executive order that came to be known as the [Meatpacking Industry] Workers Bill of Rights. I just think year in and year out, we’ve always had the view of if the plant is running and the product is being processed, and there are people who want to do the work, then we’re good to go. But COVID-19 has really changed that.

We’re not good to go because if you have sick workers, or if they’re showing symptoms, then they need to stay home. You get to the point where the plant is shut down because you don’t have the workers that can do the work. Whether you’re the owner of the packing plant, or processing plant for fruits and vegetables, everybody is going to be searching for ways to make that environment better for workers. It makes sense for their own well being, but also in terms of being able to deliver the food that Americans need to consume.

MF: Do you think these disruptions in meat processing could lead to more automation in that sector?

MJ: It seems inevitable, and as we know from previous efforts at automation, there are benefits and there are some detriments. The benefits are that it’s routine. It’s automatic because the machine is doing what the people used to do. Of course the downside of that is somebody is losing their job. That debate has raged throughout my career in public service, but it does seem to me that it is absolutely inevitable that you will see more automation.

MF: Do you think that we should be moving meat processing to more localized facilities, rather than having just a few hundred plants run by the same four companies?

MJ: I was born in 1950. I grew up on a small dairy farm in north central Iowa. I remember on the way to town, as a small child, you would look over and there was a place you could bring hogs to be processed and sold to consumers. I remember the butcher shop in town. It was wonderful. I can tell you I remember the steer that was processed in our backyard, because that’s how it was done. You called the guy who knew how to skin it and process it right there. It was kind of a remarkable thing. But we’re a very populated country. People have gotten used to the unbelievable selection that they have by just walking into a grocery store. The system we have is driven by the needs of consumers. And I don’t think that’s going to change. People want choice.

I don’t think I would put out for you a 1960s system as the system that would work. For one thing, I don’t think we could feed people that way any more.

MF: Congress included financial aid for farmers as part of the CARES Act. But farmers haven’t been able to start applying for some of those funds until after Memorial Day. Do you think the federal government has acted fast enough to help farmers in a meaningful way?

MJ: I spent 10 years in Washington, six of which were in the United States Senate, and if you would have asked me then if they could move legislation at this speed, I would have said not a chance. It just doesn’t just happen that way in Washington. And yet it did happen. I know there are people out there who desperately need the funding. I want that money to come out to farmers now. That’s my expectation. When I explain to farmers where this is at, I need to be truthful to them about what it takes to move this through the process. It’s a very complicated process. Although there is going to be some arm wrestling, you’re going to see other packages. Probably before Congress takes a break for the Fourth of July, there will be a lot of pressure to get something else done.

MF: The House passed the HEROES Act which includes a whole bunch of new stimulus for agriculture. Is there anything in particular you’d like to see in the next package passed by Congress to help farmers and the agriculture sector?

MJ: I’ve been chairman of agriculture of Alliantgroup for about three years now and I’ve seen the power of what a simple straightforward tax credit can do. I work mostly in the area of the research and development tax credit. Many farmers and agribusinesses were in a place before this virus hit where they were supplying to a given sector. All of a sudden, one day we woke up, and all restaurants were closed. The only way they could adapt to that and survive was to spend the money to retool their operations. Instead of sending 10 lb packages of hamburger patties to a fast food restaurant, they had to package that for a consumer, and they had to spend a lot of money to make that transition. It makes sense for that kind of effort to qualify for the research and development tax credit.

MF: A lot of our audience are people who are interested in growing their own food. What about you? Are you growing your own garden at the moment?

MJ: No. I’ll be 70 on June 18, and that’s not to say I couldn’t be out there doing that, but maybe I’ve gotten lazy in my old age. I’ve grown a lot of gardens in my lifetime. I don’t do that anymore.

They’re going to want to go into the grocery store and look at those tomatoes or green beans and feel comfortable that it hasn’t been handled by the last 20 people who walked by that aisle.

Wait. this guy is a senator? For real?

OK Senator, will not each package be handled by the last 20 people to find the ‘right’ package?