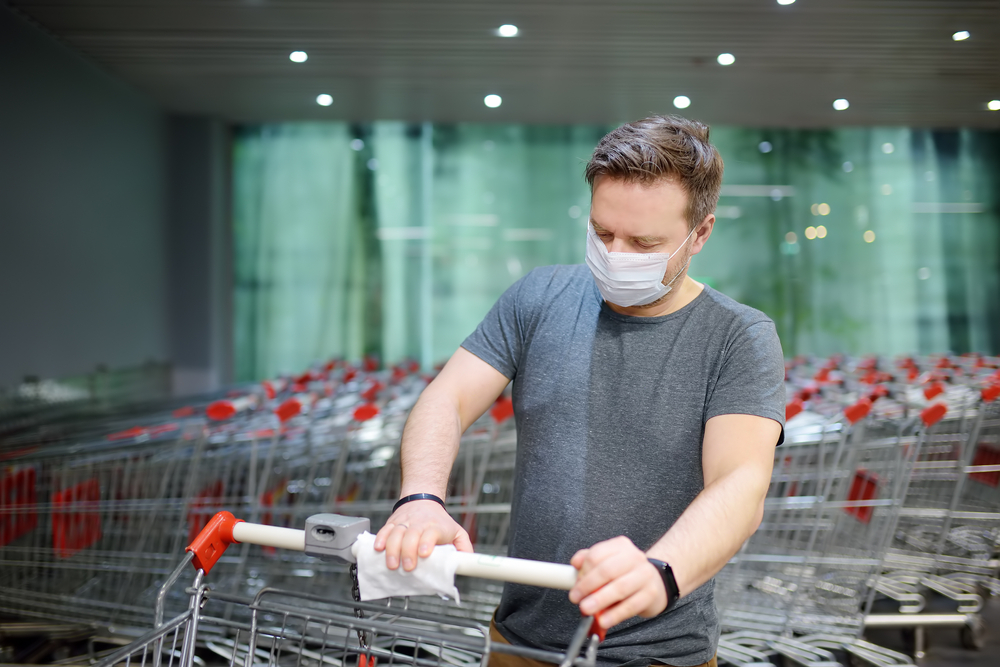 Grocery shopping has become not just weird, but expensive.

Among the biggest increases were for eggs, which increased in price by 16.1 percent in the month of April, compared with March. Animal-based proteins as a whole, including meat, seafood, poultry, and eggs, increased by 4.3 percent, while cereals and bakery products increased in price by 2.9 percent; the latter figure is the highest single-month increas on record. Fruits and vegetable prices went up by 1.5 percent.

Incorporating all categories, the average consumer paid about 2.6 percent more for groceries in April than in March, which makes this the highest jump in grocery store prices since February of 1974. That previous high was due to wild inflation in the 1970s owing to a recession and various economic blunders. The current high prices, of course, are primarily due to various effects of the COVID-19 pandemic, which shows no signs of being resolved in the near future.

The pandemic has affected food prices in a number of ways. For one thing, demand at grocery stores has spiked, given that the vast majority of restaurants are now closed. Some studies indicate that Americans eat out nearly six meals per week on average; with all of those meals now coming from grocery stores, demand has increased, and prices along with it.

But there are also huge disruptions in the American food system. Dozens of meatpacking plants, which have become hotbeds of COVID-19 spreading, have shut down; some will reopen in some capacity, but that’s still a large chunk of the country’s meat processing offline. Even with prices spiking, many farmers have lost so much income from restaurants and hotels that they can’t afford to keep producing; this has been a problem with the egg industry, for example. Consumer demand isn’t enough to keep those producers in business.

There has also been a major obstacle in rearranging supply lines to get food previously destined for restaurants and hotels to grocery stores. Aid packages have attempted to tackle this problem, but it’s simply a massive infrastructure issue, and the United States government was extremely late in trying to set up new avenues for farmers.

Some experts see these problems as fairly long-term, stretching at least for several months. Food prices may continue to increase due to these and other problems; a lack of farm labor may impact summer and fall harvest, as well.

A better idea would have been to lock the entire country down for two weeks. Then identify hot spots, quarantine them plus a buffer zone, and let everyone else go back to work/school, using sensible precautions. But NONE of the governors who put their states under house arrest did that. These house arrests haven’t been health-related for at least six weeks now. All just political power trips. See how much people cooperate with such bullshit the next time something happens. They won’t. People no longer trust government or law enforcement.

Related
Environment
Maryland Attorney General Sues Monsanto for Environmental DamagesDan Nosowitz
Food & Drink
Global Shortage Causes Québec to Releases Half of Its Strategic Maple Syrup...Dan Nosowitz
Food & Drink, Plants
How Vermont Became an Unlikely Hotbed for SaffronSophia F. Gottfried
Food & Drink
The Medieval Origins of Thanksgiving DinnerKen Albala
wpDiscuz
We use cookies on our website to give you the most relevant experience by remembering your preferences and repeat visits. By clicking “Accept”, you consent to the use of ALL the cookies.
Cookie settings ACCEPT
Privacy & Cookies Policy