They grow up with learning impairments. 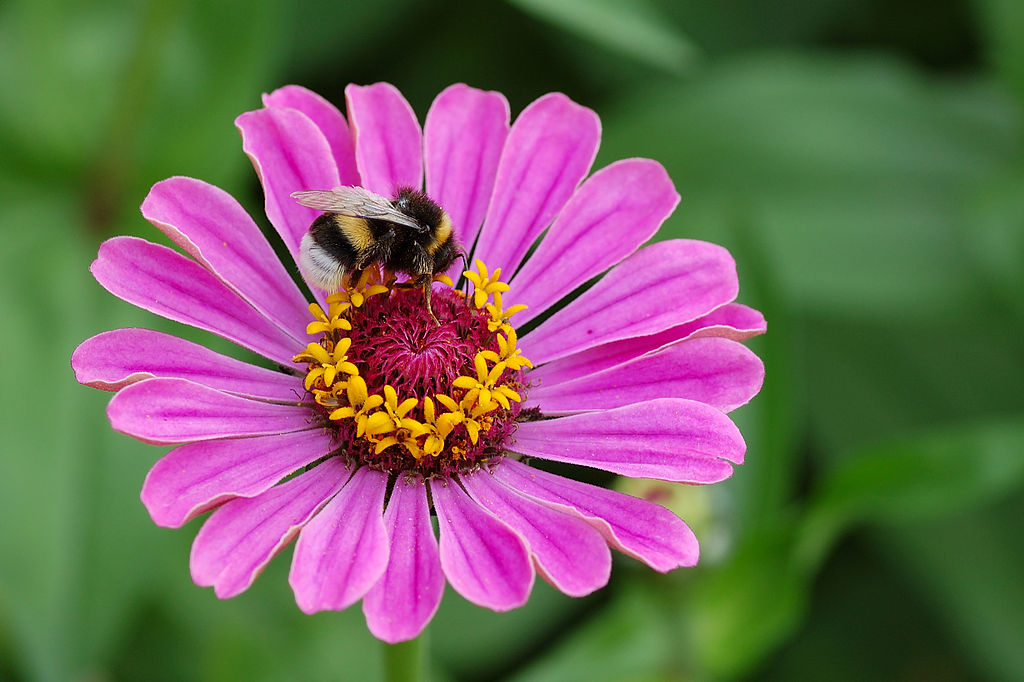 Much of the research on the ways pesticides affect bees has focused on adult bees.

But bee colonies can sometimes operate as large units, with all different jobs working together, and it isn’t just adult bees in there. A new study from Imperial College London looked at the effect of pesticides on young bumblebees, which were fed pesticide-infected food. How do they end up when they emerge as adults? And what is the future of the colony when run by those bees? Not so great, it turns out.

The study focused on the buff-tailed bumblebee, one of the more common bumblebee species in Europe. Bumblebees are quite different from honeybees, though this particular species also forms a large, highly complex nest system. They don’t exhibit quite the crazy level of social intelligence that honeybees do, but they still communicate with each other, and are required to learn certain foraging and preference behaviors in order to go out in the world for food.

The researchers wanted to know whether certain pesticides, when food laced with them is fed to young bumblebees, could have any negative results. They tested with imidacloprid, one of the most common neonicotinoid insecticides on the market—at least in the United States and some other countries, as it’s been banned in the EU since 2018.

They fed a bumblebee colony with imidacloprid-laced nectar, then measured the bumblebees in a couple of ways. One was with an imaging scan of around 100 young bees; another was a learning test, to see if the bees could learn to associate a smell with a food reward.

The results were, as you might expect, alarming. The bees fed the laced nectar had a significantly smaller volume of their so-called “mushroom bodies,” structures within the insect brain that are associated with learning and memory—very important stuff for a foraging bee. Does a smaller mushroom bodies size mean they performed worse on tests? Yep! Those bees ended up showing what the researchers called “impaired learning performance.”

The bees were even tested at different times, with the hope that a delay after when they were fed the laced nectar would allow them some time to recover. But that didn’t work, either: they showed similarly low levels of performance.

I feed and water the bumble bee ‘family’ that live in the wall of an old henhouse on my farm. They recognize me and don’t bother me at all,(will sting strangers around their hole in the wall) but will ‘buzz’ me to tell me to get out of the way of their entry. The hornets and butterflies that I feed and water in a different place are very tame and I can, carefully,pick them up. The butterflies seem to ‘come when I call them’, they don’t seem far away. I feed and water an ant colony that has had their… Read more »