The long-burbling discontent is now a lawsuit. 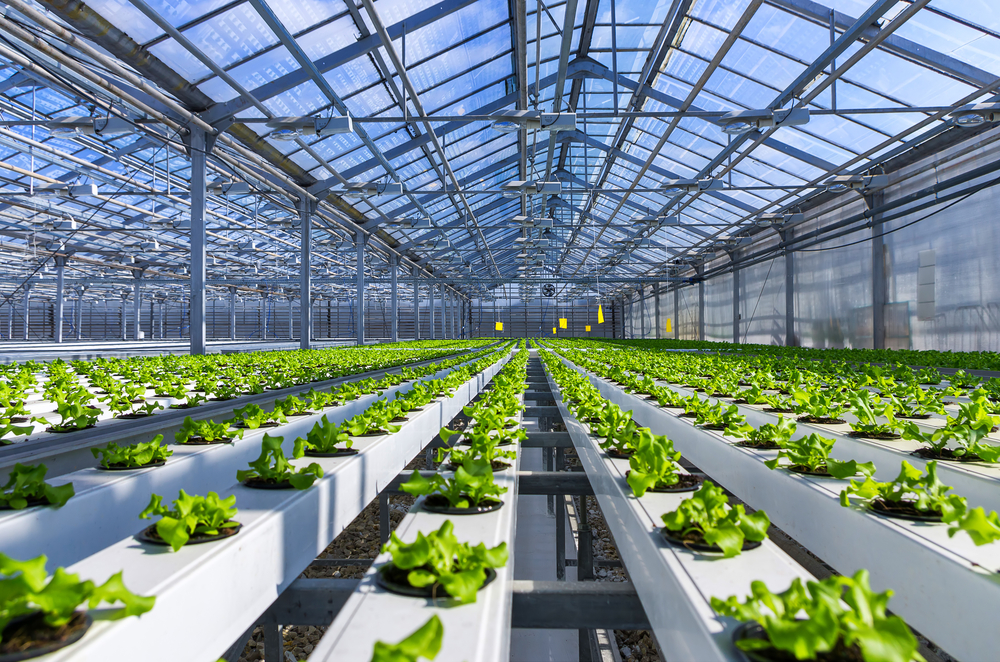 For years, organic advocates have spoken out against regulations over one big issue: dirt.

There is a major divide in the organic agriculture world, with multiple factions debating whether hydroponic and aeroponic produce should be permitted to call itself organic. Last week, the Center for Food Safety, along with a coalition of farmers, filed a lawsuit to legally forbid this produce from carrying the certified organic label.

Hydroponics and aeroponics do not rely on soil to grow crops; instead, nutrients are dissolved in water, which is then circulated or misted directly onto the roots of plants. It’s a very efficient way of growing food, and is often used in places where there isn’t enough open soil and sunlight—in cities, for example. But it’s also used by huge conglomerates, like Driscoll’s and Wholesum Harvest, to cut costs and produce crops year-round.

Hydroponics have never been forbidden to use the USDA organic certification program, and it’s often quite easy for them; indoor operations have little need for pesticides, for example. That has meant that these huge hydro farms can produce food very cheaply, and much cheaper than soil-based farmers. A common refrain among organic farmers is that organic certification is all about the soil, creating a sustainable model for the planet, and that indoor hydroponic operations don’t contribute to this at all.

The Center for Food Safety, in a release about this lawsuit, cites that the original Organic Foods Production Act of 1990, which established the rules for organic agriculture, specifically lists caring for soil.

From that law: “An organic plan shall contain provisions designed to foster soil fertility, primarily through the management of the organic content of the soil through proper tillage, crop rotation, and manuring.”

Hydroponic organic operations responded, of course, saying that any restriction would limit the amount of organic food at a time when demand is rising. The Coalition for Sustainable Organics, which represents hydroponic growers, released a statement saying, “This is not an issue that should be settled in the courts or politicized.”

“Organic” labeling is not about the soil. It’s about encouraging transparency of clean methods and addressing how big conglomerates have ruined our soul with pesticides & artificial production stress. Let’s see the full list of businesses & organizations aligned with this suit so we know how to support & who to boycott. The future of our organic food sources must and will include hydroponic, however like the fossil fuel profiteers, the big “dirt farmers” are more concerned with immediate profits then the sustainability of our food systems and our planet.

No FOOD returns directly to the soil to re-nourish the soil, (with the exception of direct fertilization with manure). It is consumed and then passes through waste water treatment plants where it is processed and cured in large land areas where UV radiation from the sun finishes sterilizing the matter and it goes back out to farms for use in their fields just like the livestock manure. All plant waste from the hydroponic growth and harvest gets recycled by the same means as crop debris left in the field and plowed under to refurbish the soil, (which, by the way,… Read more »

It is good clean yummy food. I’m eating it no matter what you call it. I decided a while ago that hydroponics were comparable to organic.

Would like to see how this turns out for the hydroponics industry.

The importance of the label Organics is about knowing whats in your food and is it healthy. We don’t eat soil in a direct sense. Just because something is grown in the soil does not mean it is safe or okay. The important item is knowing where the ingredients come from and that is something the Hydroponics advocates and the aeroponics advocates must come about. If it is a chemical factory, then admit and let the people decide. I prefer Aquaponics because I know where the inputs come from. So, it’s about knowing and then making judgements, not about the… Read more »