Enoki mushrooms are the cause of a very dangerous foodborne illness. 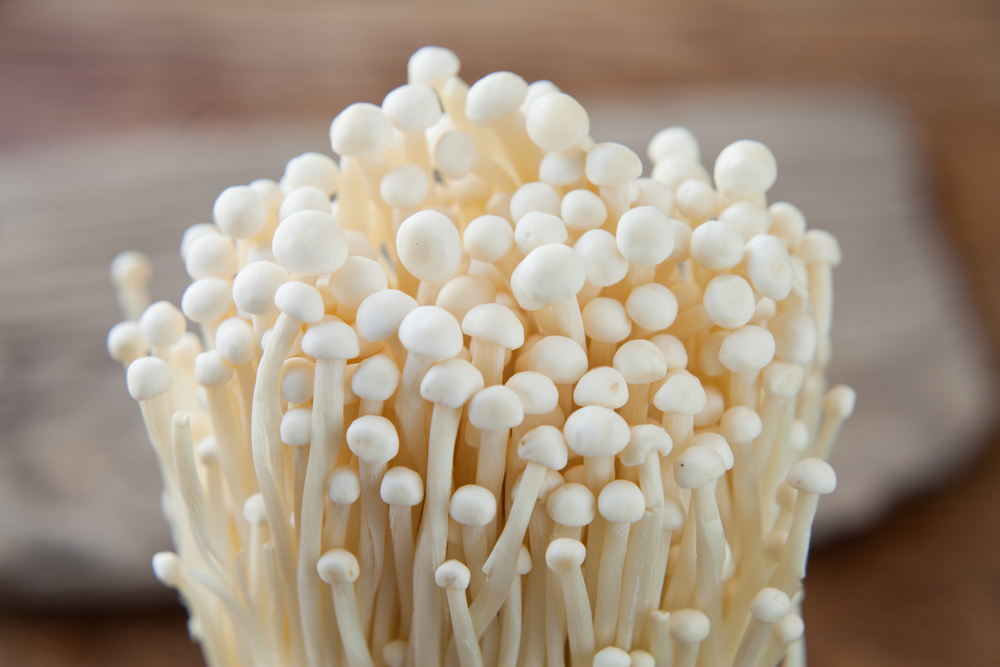 Enoki mushrooms—those little thin white ones—are quite popular in soups and stir-fries, and prized for their texture.

But anyone shopping for or eating mushrooms should be careful of them right now. Earlier this month, the CDC created a food safety alert for certain enoki mushrooms, accompanied by a recall. This is a bad one, with hospitalizations and even deaths associated.

Sun Hong Foods, based in California, issued a recall for its enoki mushrooms on March 9th. Those mushrooms, grown in South Korea, can be found in a clear plastic bag featuring a green label reading “enoki mushroom.”

At least some of these mushrooms were contaminated with Listeria, and were distributed widely. Cases have been reported in California, Hawaii, and New Jersey. This particular contamination seems to be quite dangerous: At the time of writing, there are 36 reported cases, resulting in 30 hospitalizations, two deaths, and two miscarriages by pregnant women who ate these mushrooms.

Listeriosis, the illness caused by ingesting the Listeria bacteria, is very serious; it usually presents with fever, muscle aches, and gastrointestinal distress. But for higher-risk people, especially pregnant women and the elderly, it is associated with severe problems for the fetus, often death.

Because the exact cause of the outbreak is not yet known, the CDC recommends that nobody, but especially those at risk, purchase or consume any enoki mushrooms labeled as “Product of Korea.”

good thing i ran accross your warning , i didn’t see this ANYWHERE ( as of yet). we love mushrooms and i,m sure we’ve eaten some , but luckily have not had any adverse affects ( yet). thenews of this recall is hard to find and warning , such as yours are still far and few !

Are there any cases in australia

I bought a pkg at the Hayward 99 Cent store but just never ate them. I ended up composting them. So happy.