The Worst Locust Swarm in Decades Is Spreading in Africa

How do we stop it? 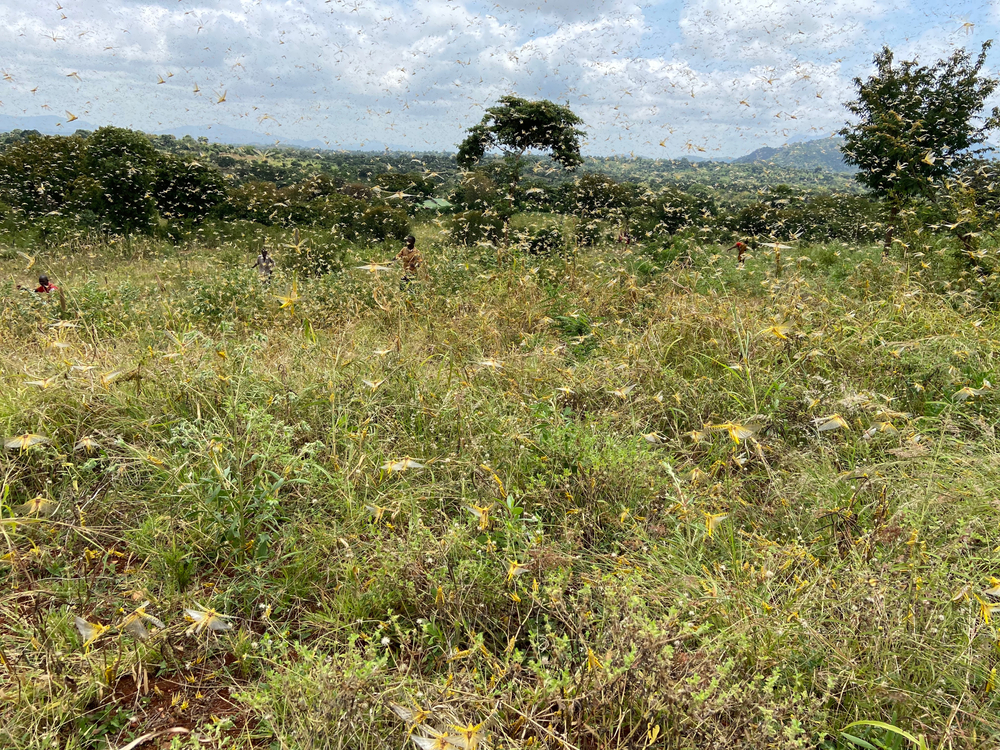 Locust swarms garner biblical headlines, understandable both for the locust’s place in famous biblical stories and for the frankly berserk behavior of these insects.

But that does a disservice to the people of East Africa, the Middle East, and South Asia, where this winter, a swarm of locusts has destroyed hundreds of thousands of acres of crops, according to the UN. Millions of people are facing food insecurity.

The particular locust in question here is the desert locust, probably the same species from those biblical stories. It is, under normal circumstances, a mild pest at worst, a little green insect with habits similar to grasshoppers. But under certain weather conditions—namely a period of drought followed by heavy rains—the locusts go insane, changing behavior and coloring and swarming by the hundreds of millions. This tends to happen every couple of decades, but the current swarm is the worst in much longer than that; Kenya, for example, hasn’t seen a swarm like this in 70 years.

These recent swarms have reached into the billions; one, in Kenya, is roughly three times the size of the island of Manhattan. They can move about a hundred miles each day, and utterly destroy all crop fields. In East Africa, that includes the staple crops of maize, sorghum, cowpeas, and feed for cattle, reports the Daily Beast. Already, those swarms moved through the Horn of Africa, crossed the Red Sea, and attacked the Arabian Peninsula, before moving even further northeast into South Asia. Pakistan recently declared a national state of emergency.

The options for dealing with locust swarms are generally airborne dispersal of insecticides. The Food and Agriculture Organization (FAO) of the United Nations is trying, but needs more money to send more insecticide-dropping planes to where they’re needed. And that isn’t very easy, given that the locusts have been hitting war-torn and remote areas especially hard.

A new bit of software from the UK’s University of Lincoln would enable quicker recognition of pre-swarm and early swarm locusts through smartphone camera recognition. Theoretically that could speed up the process of getting these planes where they’re needed in order to attempt to halt the spread of swarming locusts. At the moment, though, UN humanitarians say they’re running out of both time and resources.

Pesticides are probably not the answer and will have side effects, including killing off the beneficial insects such as pollinators. I wonder if anyone has considered an insect proof mesh to capture the creatures and turn them into chicken feed or some such thing, insects are reputed to have high levels of proteins although the inedible bits would be an issue for most other creatures to deal with. When discussing swarms it would seem possible to capture huge numbers with little effort. Someone developed a machine that went on the front of a tractor to deal with grasshoppers on the… Read more »