Fecal Dust from Cattle Feedlots is Smothering a Texas Town

And a state environmental regulatory agency has done little about it. 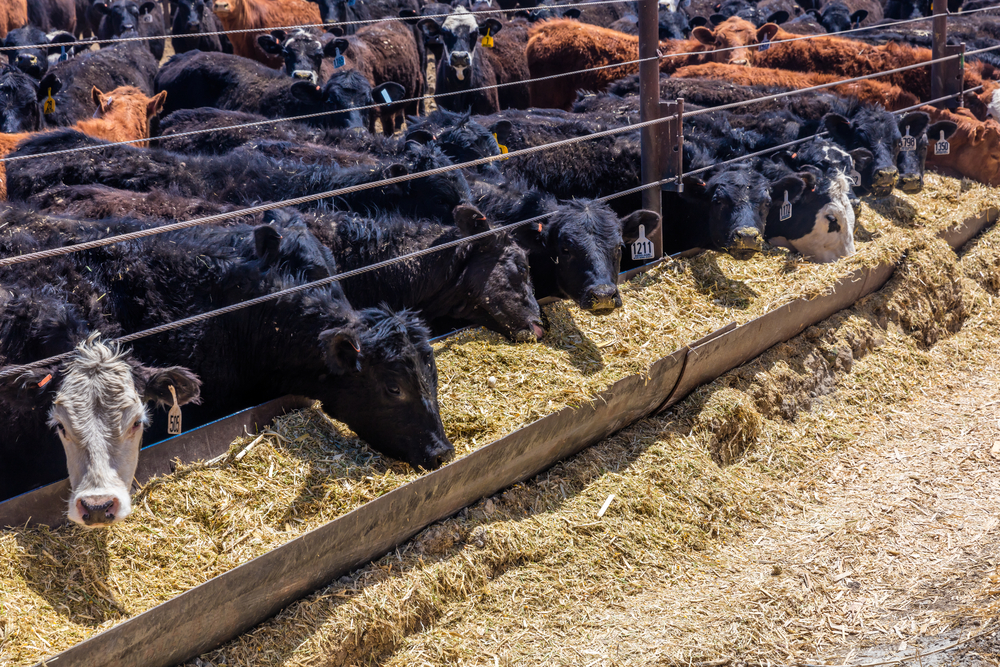 Clouds of fecal dust from large cattle feedlots in the western part of the Texas Panhandle can be so bad when the wind picks up that they coat the nearby town of Hereford, making it difficult to breathe and forcing residents to shelter in their homes.

A four-month investigation by the Texas Observer, the Food & Environment Reporting Network and the Midwest Center for Investigative Journalism has revealed that dozens of complaints filed with a state regulator in recent years have resulted in very little action to fix the problem.

The area provides a fifth of the country’s beef and is home to large feedlot operations that can house tens of thousands of cattle at a time. Such large numbers of cattle inevitably produce a lot of poop. Nearby farmers use some of that manure as fertilizer, but a lot of it dries on the ground and turns into fecal dust. Texas Observer reporter Christopher Collins writes that, on some summer days, clouds of fecal dust that emanate from these facilities can sometimes be so thick in Deaf Smith County that it can blot out the sun.

Local residents and farmers have submitted at least 100 complaints to the Texas Commission on Environmental Quality over the years, but the regulatory agency has reportedly done little to alleviate the situation. Collins reports that the agency took no enforcement action and didn’t even issue as much as a warning against any large beef feedlots in the area between 2014 and 2019.

The investigation found that people living near large cattle feedlots experience some of the highest levels of asthma in the state. The agency has air quality monitors in parts of the state, but it hasn’t installed one in Hereford.