It will have to be thoroughly investigated for antitrust issues. 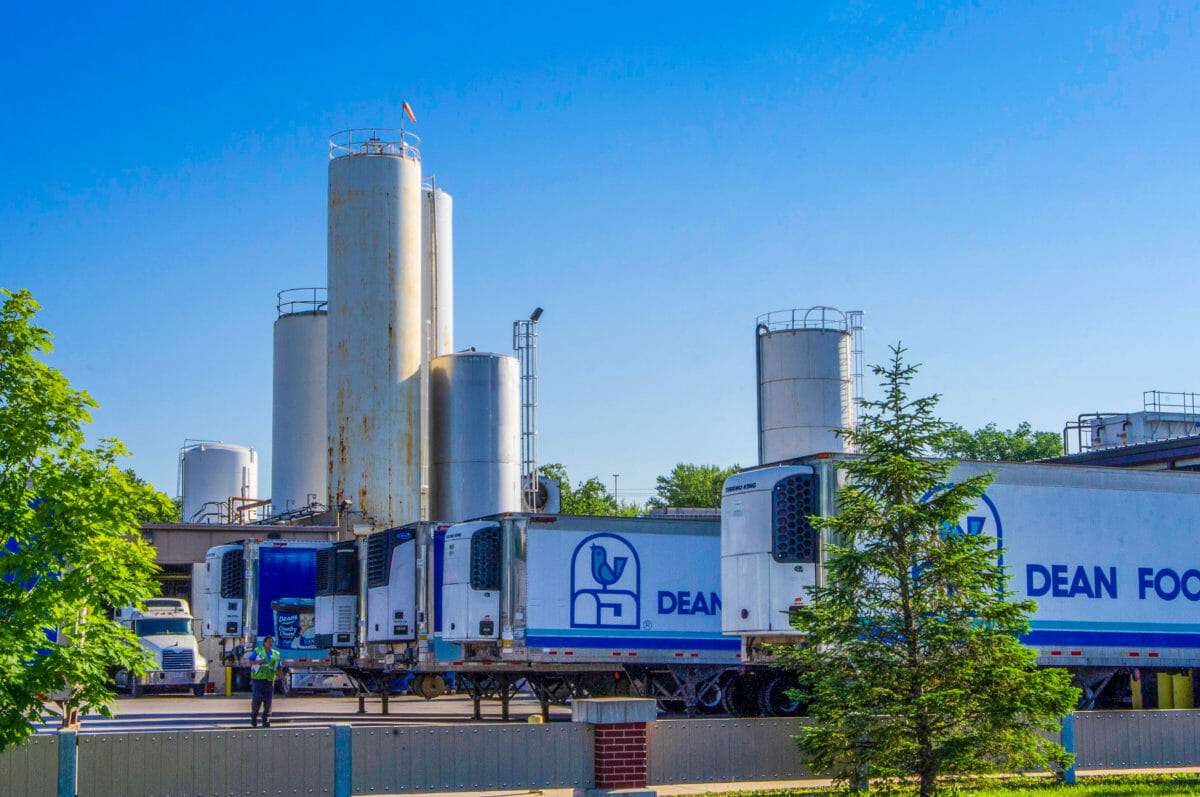 Due to the overwhelming pressures facing the dairy industry, Dean Foods filed for bankruptcy back in November of 2019.

At the time, it was rumored that Dairy Farmers of America, a gigantic dairy co-op, was interested in purchasing at least some of Dean Foods’s assets. That rumor has come true, as the DFA has agreed in principle to purchase dozens of Dean Foods’s dairy plants, at the cost of $425 million.

Dean Foods, formerly America’s largest dairy processor, cited challenges in the dairy industry as reason for the company’s bankruptcy, including excess supply, steadily decreasing demand, and the trendy specter of plant-based milks like oat milk. Dairy Farmers of America, on the other hand, is theoretically a cooperative of over 14,000 dairy farmers, but in reality is a conglomeration of previous co-ops.

What’s more, the DFA has for a few years now entered the milk production industry; the company now has 47 of its own manufacturing plants, often from mergers or purchases of manufacturers, just like the Dean Foods one. That creates a fundamental conflict of interest: How can the DFA represent farmers and manufacturers at the same time? The farmers want higher prices for their milk, while the manufacturers want lower prices. This has been a topic of occasional complaint from farmers, as detailed in this feature from The Counter.

DFA would increase its power over the American dairy industry by taking more manufacturing plants into its fold, but would it actually help farmers? For its part, the DFA says that including both farmers and manufacturers will allow it to ensure that farmers always have a market for their milk.

But there’s no guarantee that controlling even more of the dairy industry would create stability and fair wages for dairy farmers; after all, the market is the market. Even more, cooperatives aren’t under the same regulations as other companies, and don’t have to pay farmers federally mandated minimum prices.

The Justice Department, according to the New York Times, has already started investigating the possible merger. Even more strangely, the DFA and Dean Foods have a history; they were accused of working together to drive down milk prices, in a lawsuit resulting in a settlement.

CORRECTION: A previous version of the story incorrectly said that Dean Foods owned Land O’Lakes. Dean Foods Company does not own Land O’Lakes, Inc., nor does Land O’Lakes have any ownership interest in Dean Foods or its related companies. Land O’Lakes does have a milk supply and licensing relationship with Dean. We apologize for the error.