Can the West Coast Become a Major Maple Syrup Region?

One sugarmaker is betting on it. 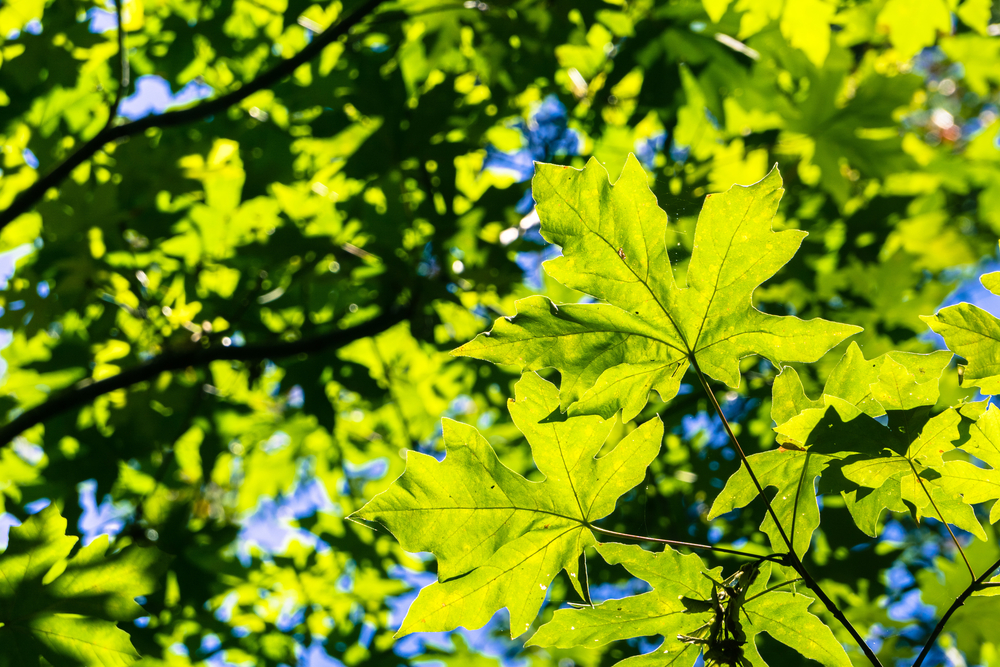 At first glance, the farm where Neil’s Bigleaf Maple Syrup is produced might look like countless other sugarbushes where maple trees are tapped, sap is collected and boiled down into maple syrup. But a closer look reveals some big differences.

The farm is located in Acme, Washington, thousands of miles from the epicenter of US maple syrup production, and the trees are bigleaf maples, not the iconic sugar maples. The size of the operation is different, too. In Vermont, the largest maple syrup-producing state in the nation, sugarmakers tapped six million trees in 2019; on the farm in Washington State, just 3,200 trees are tapped—but that has not stopped the family-owned venture from dreaming about turning the Pacific Northwest into a respected maple syrup region.

“There is an industry coming,” says Devin Day, who taps trees with his stepdad, Neil McLeod.

McLeod started tapping the bigleaf maple trees and boiling the sap into syrup over a bonfire. He gave the syrup as gifts and shared it with local chefs and received sweet feedback about his backyard harvest. In 2017, McLeod transitioned his hobby into a commercial venture, increasing the number of taps and investing in reverse osmosis equipment and a commercial evaporator to increase production, and the operation continues to grow.

In the Pacific Northwest, the sugaring season for bigleaf maples runs from October to March, a much longer period than sugar maple operations observe in other parts of the country. Last year, Neil’s Bigleaf Maple Syrup produced 140 gallons of syrup; Day, who stepped in to help his stepdad with sales and marketing, estimates that this season will yield up to 700 gallons. The family plans to install 10,000 new taps in advance of the 2021 season.

Day credits a hunger for local foods for turning the niche product into a hot commodity. Neil’s Bigleaf is the largest commercial producer of maple syrup on the west coast, but other sugarmakers, including West Coast Wild Foods and Kleekhoot Gold, both based in British Columbia, struggle to keep their bigleaf maple syrup in stock.

Overcoming Some Sticky Challenges
Bigleaf maple syrup might be a niche product, but it’s not the first attempt at diversification in the maple industry. Sugarmakers (and researchers) have long explored the potential to collect sap and make syrup from other hardwood trees, including birch and black walnut.

While a Canadian report found that opportunities to create successful birch syrup enterprises that would generate modest profits and operations such as Alaska Wild Harvest and Forbes Wild Foods have developed followings, the products remain a niche part of the market. Allison Hope, executive director of the Vermont Maple Sugar Makers Association, believes bigleaf maple might have the same fate.

“In order for a product to become popular on a regular basis in this country and around the world, it needs to hit a certain price point,” Hope says. “Birch syrup and bigleaf maple syrup have a much smaller market because they are not table syrups.”

Even if consumers are willing to embrace higher price points, Patrick Shults, extension forester for Washington State University, has doubts that the region could become a major maple syrup producer. For starters, he explains, access to bigleaf maple trees is limited. “We have bigleaf maple trees in forests with a lot of birch and other hardwood trees, but it’s rare to have a bigleaf maple forest,” he says. “You’d need a lot more land just to have enough trees to tap.”

One gallon of Neil’s Bigleaf Maple Syrup sells for more than $250, (compared to an average cost of $33.80 per gallon of traditional maple syrup). Day says that given the limited quantities and higher price point, this bigleaf product is not a pancake syrup. It has a concentrated and deeper flavor, which makes it good for sauces, braises and deserts, he says.

“There is still a misconception that you can’t tap trees on the west coast and we’re showing people it can be done,” he says. “Over the next five years, there will be enough taps out there that people will start knowing about bigleaf maple and asking for it.”

Your statistics regarding NY and ME production are off by several decimal points.