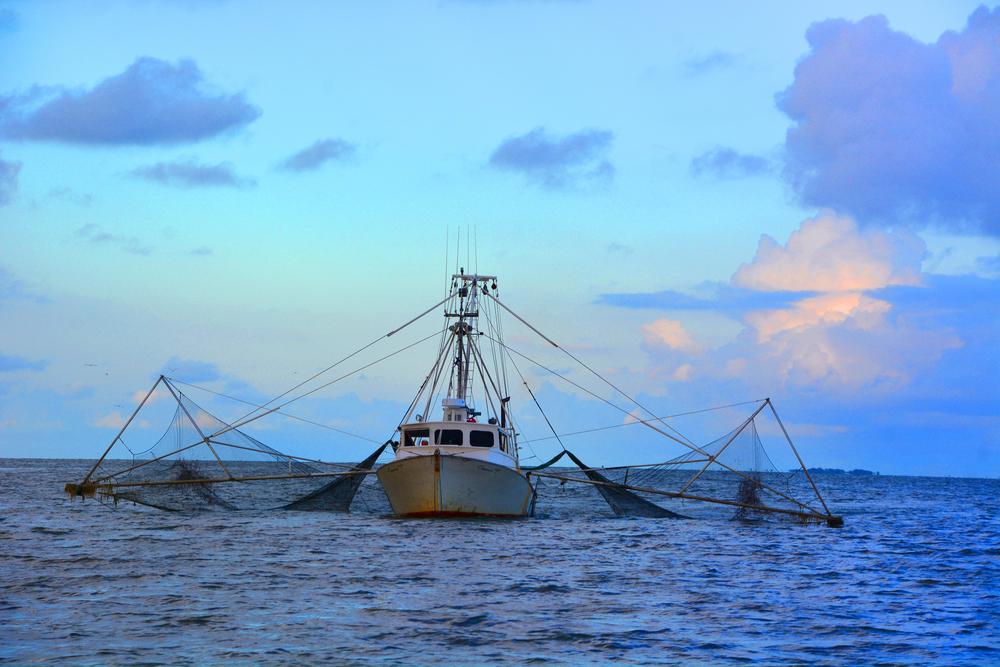 Just before Christmas, the National Oceanic and Atmospheric Administration quietly posted a notice on its website. A strict new rule meant to protect endangered sea turtles from being caught in shrimp fishermen’s nets, which had been proposed by NOAA at the tail end of the Obama administration and was set to go into effect in 2021, was being watered down. Environmental groups, which had hailed the 2016 rule but had not been consulted about the decision, were furious.

“It was an abrupt change that made the rule significantly weaker,” says Jaclyn Lopez, an attorney with the Center for Biological Diversity, a group that had worked closely with the NOAA on the 2016 rule. She says the original rule was the product of years of negotiation involving the shrimp industry, environmental groups and concerned citizens. “The agency has an obligation to have a transparent decision-making process, but this was not vetted publicly.”

Turtle exclusion devices, or TEDs, have long been required on certain types of shrimp trawlers. Essentially a big metal grate that shunts large objects such as turtles out of a shrimper’s net while allowing the shrimp to enter, TEDs were first developed in the 1970s as a practical, inexpensive solution to the problem. Shrimpers didn’t see it that way, however. While studies have routinely found that TEDs result in the loss of no more than two to five percent of the catch, shrimpers claim the numbers are much higher and have fought TED rules tooth and nail for decades.

The new NOAA rule would have required TEDs on more types of trawlers, covering an estimated 5,800 additional boats and saving around 2,500 turtles annually. The revised requirements cover only about 1,000 shrimp boats. The Center for Biological Diversity and other environmental groups are gearing up for a potential legal challenge. It’s a fight they’ve been through before.

At times, the shrimper-turtle fight has gotten ugly. When the first TED rules were set to go into effect in 1989, more than 500 shrimp boats blockaded ports and shipping channels along the Gulf Coast of Texas and Louisiana. Some raised skull-and-crossbones  flags atop their masts and rammed Coast Guard vessels, summoned to disperse the blockade, with their trawlers. At one point, shots were fired. The Coast Guard, fearing for its employees’ safety, advised its officers not to wear their uniforms in public.

Historically, sea turtles have nested in enormous numbers along the coast of the southeastern United States. These jaw-dropping creatures, some weighing more than 1,000 pounds with a lifespan of a century or more, return to the beach where they were born to lay eggs. The rest of the year they live entirely in the ocean, swimming across the Atlantic to Africa and back, using a mysterious, little-understood inner compass to guide their migration back to where they began their lives.

Sea turtles are extraordinarily robust in their armored shells, but they become vulnerable as they swim ashore each year in summer to lay their eggs. Shrimp nets, their greatest threat, were responsible for more than 10,000 sea turtle deaths annually in the Southeast during the 1980s. Sea turtles must periodically surface to breathe; they drown if trapped inside a net for long enough, their carcasses often washing ashore.

Tempers eventually settled down in 1989. But as the blockades disbanded, the sea turtle-shrimper conflict devolved into more of a cold war: Industry lobbyists fought to dilute the rules, while enforcement remained lax (for a time, Louisiana prohibited its fisheries officers from enforcing the federal TED rules).

For decades, environmentalists have worked to get TED devices on every shrimp boat operating in the Southeast, where the nation’s shrimp industry is concentrated. Sea turtle numbers have rebounded somewhat, but progress has been painfully slow. All of the sea turtle species that inhabit the waters of the southeast remain either endangered or threatened.

The old TED regulations applied only to larger shrimp boats that operate in deep water. The intention of the 2016 rule was to cast a wider net, requiring smaller boats that operate closer to shore to use them as well. But the Trump administration’s revised rule says that only boats longer than 40 feet must use TEDs.

Smaller boats were already subject to a rule that requires fishermen to check their nets for trapped turtles every 55 minutes, as turtles only drown when held underwater for longer. But it’s unclear how effective that rule has been in saving turtles. Shrimp boats are periodically boarded by inspectors, but one study found that only 35 percent of fisherman complied with the 55-minute rule—and these were fisherman who knew they were being observed, says Lopez. In other words, many in the industry openly flaunted the rules, which makes one wonder what the compliance rates are like when inspectors aren’t present.

Lopez says the 2016 rule bringing TED requirements to smaller boats was especially momentous, as the industry has moved increasingly toward the use of smaller boats since the original TED rule went into effect 40 years ago. The decision to change the rule appears to have occurred behind closed doors—environmental groups, anyway, were not at the table, to her knowledge. The Center for Biological Diversity has put in a Freedom of Information Act request to view all NOAA documents pertaining to the rule from 2016 onwards, in hopes of shedding light on what happened. Were there meetings with shrimp lobbyists? Was there a directive from higher up?

The course of action it takes will depend on what it finds. This may include suing the government for not adequately enforcing the Endangered Species Act—the course of action that brought about the 2016 rule in the first place. In the meantime, the center may have to sue to get access to those documents, says Lopez. “They are supposed to respond to FOIA requests within 20 days”—it’s already been more than 20 days and so far nothing—”but we’ve found with this administration that, unfortunately, we often need to litigate in order to get a response.”

Legal action is not the only available tool—consumer pressure can have even more of an impact. When news broke in 2013 that Louisiana was refusing to enforce turtle-safe shrimping practices in its waters, the Monterey Bay Aquarium’s Seafood Watch (widely regarded by retailers as the gold standard for rating sustainable seafood) red-listed shrimp from the state, causing a significant drop in sales. The impact on shrimper’s livelihoods was sufficiently damaging to the coastal economy that the state was forced to begin enforcing the rules.

“The budget for enforcement, or even the political will for enforcement, is often very low,” explains Lopez. But shrimpers are “very concerned about getting a bad rap from the Monterey Bay Aquarium,” she adds. The lesson? Consumers are the ultimate enforcers.

Unfortunately this article is light on many surrounding “facts” of this issue. Such as the kind of nets/boats (skimmer rigs) these TEDs will go in, operate in very shallow water in back bays and estuaries were there are actually very few sea turtles. Also the shrimp industry isn’t moving to smaller boats, if anything it’s moving in the opposite direction. Sea turtles have come back very strong in coastal areas. Last week after a cold front came through, there were over 100 cold stun sea turtles washing up within the sounds. First, they should be out in the ocean by… Read more »