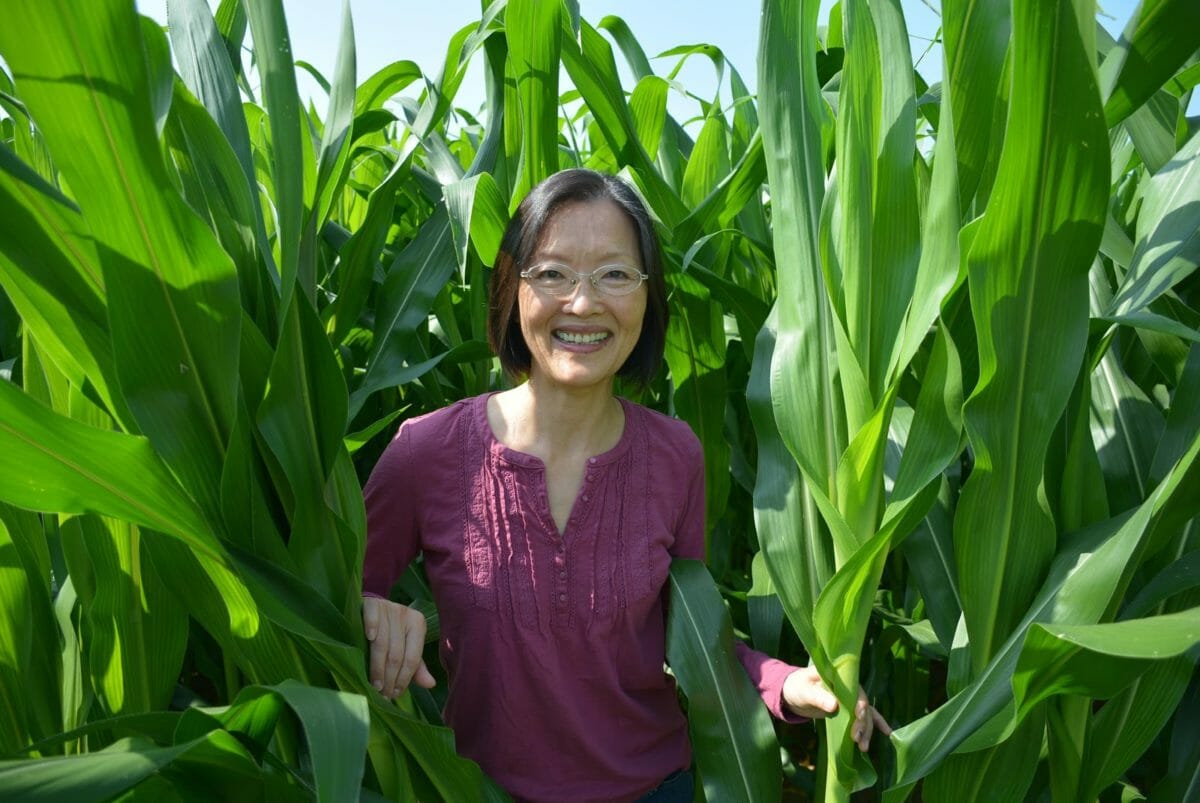 The beef and dairy industries have been popular targets of criticism when it comes to the sustainability of livestock farming. But an ongoing initiative at the University of Pennsylvania’s School of Veterinary Medicine is attempting to shed light on how dairy cows could be a key part of sustainable agriculture and circular food systems.

The Amazing Cow Project led by Dr. Zhengxia Dou, professor of agricultural systems at Penn Vet, focuses on how cows have the ability to break down various forms of food waste that cannot be digested or consumed by humans. The program, which was funded by the Pennsylvania Department of Agriculture, aims to figure out what kinds of feed are not only more nutritious for cows but more sustainable.

Currently, Dou’s team is collecting and analyzing different types of cow feed on dairy farms in Pennsylvania for their diversity and nutritional aspects. They hope to complete their work this summer in order to help farmers to know what types of feed could be used to achieve the best productivity, profitability and sustainability.

Dou spoke with Modern Farmer about the project and why cows have the potential to be so much more than just methane producers.

Modern Farmer: Where did the idea for the Amazing Cow Project come from?

Zhengxia Dou: In recent years, climate change issues, other environmental issues and the growing awareness of sustainability has been strong [among] agriculture critics. The average consumer does not know what cows are eating and would not know the beneficial impacts of the livestock industry.

I thought it would be nice to put together the data at a large scale and at the farm scale with a survey explaining what exactly are fed to cows on the different farms. I thought this would be educational for us, the researchers, and for the public as well.

MF: Why is this initiative so important?

ZD: I think it’s important to get the data together and the facts straight. All production systems have environmental and resource consequences. Whether it is the production of animal-source food, grain crops or fruits, we need to examine the whole picture and not be blinded by some parts that are glaring and catchy.

MF: This project focuses on how cows break down certain materials that humans cannot, and you have referred to them as “bioprocessors.” Can you explain what you mean by that?

ZD: The word “bioprocessor” here refers to the cow’s innate ability and capacity to digest feed materials that are typically indigestible, unpalatable or undesirable to humans. For example, the US produces a lot of corn and a very large portion of corn that we harvest goes toward the ethanol industry to drive cars. That industry produces 25 million tons of residue annually and that residue has no better use than being fed to animals, primarily cows.

MF: Why do you think this hasn’t received more attention?

ZD:  Cows, they eat what is put in front of them while producing milk. They don’t blow their own horns and say, “Look at what good we are doing for society.” And farmers are busy… they are usually not big talkers. In general, our average consumers don’t understand where their food is coming from. And then I mentioned earlier about the awareness of sustainability and climate change; it’s a huge wave and a very, very big voice of criticism there. The little voice is washed out. It’s a complicated issue, but that’s part of it.

MF: So what do you say to critics of livestock agriculture? Would leveraging cows as “bioprocessors” make up for the negative environmental impacts commonly associated with agriculture?

ZD: I’d say, come visit a farm and spend a day there, see what producers do and have a conversation with them, [and] witness what cows are fed. I was with a group of students on a dairy farm recently. We saw a pile of tofu-making residues, a pile of tea-making residues, bales of garlic skin [and] bags of cotton seeds… all used in cow feeding. Much of this material would be put in landfills or composted if it was not for the cows. It is not difficult to agree that cows are amazing.