Not as good a solution as not using the material, but it’s something. 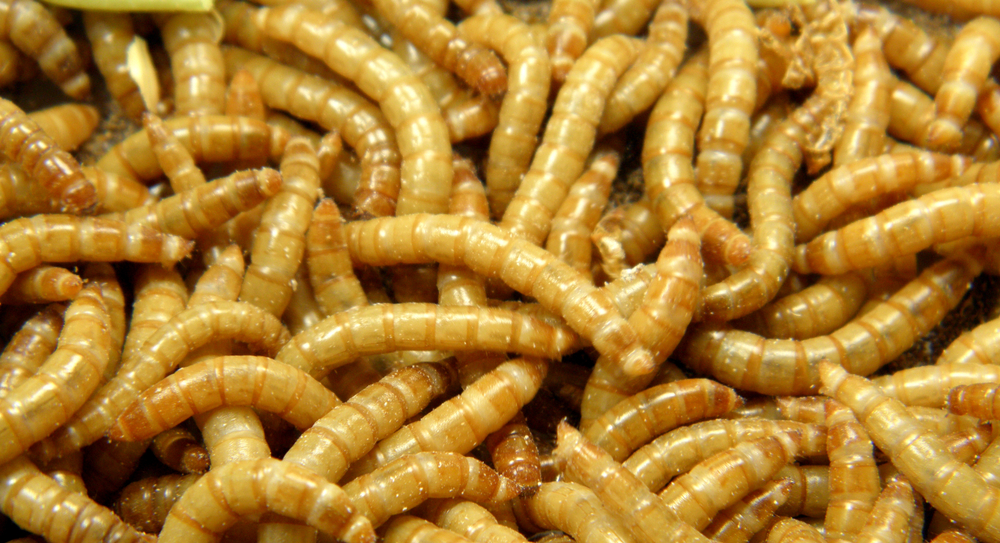 Mealworms are commonly used as food for both animals and people.

But research over the past few years has indicated that they have some even more impressive capabilities, including some that don’t involve them being eaten. New research builds on previous work that shows mealworms can not only eat toxic polystyrene foam, but that they can break it down safely.

Polystyrene foam, a plastic often referred to as Styrofoam, is cheap to make and phenomenally useful as an insulation and packing material, but recycling it is difficult and expensive. It also breaks down into smaller parts without actually decomposing, meaning that it can easily be consumed by animals or make its way into places where it shouldn’t be, like water systems. It’s been repeatedly classified as a possible or likely carcinogen.

While disposable take-out food has largely phased out polystyrene foam in favor of cardboard and other recyclable materials, the material is still very common in insulation and packaging. This all brings us to the mealworm, a humble larval form of a beetle that’s a common food for people, pets, and livestock around the world.

Stanford University researchers have been working with mealworms for a few years. Mealworms have a reputation as an agricultural pest, because they’ll eat just about anything. That seems to be true, in that they’ll also consume plastics and other materials not normally considered, well, food.

This new research found that the mealworms were safely able to eat laced polystyrene foam, and that they ended up concentrating and excreting the flame retardant material, isolating it from other materials. Even better, those polystyrene foam-chomping mealworms could be fed to other animals—the researchers used shrimp—without conveying any of the dangerous chemicals.

This could provide a cheap, effective way to deal with plastic packing and insulation materials, while still keeping mealworms as a viable food option for livestock. That’d be a major economic advantage for any companies trying to use mealworms for plastic degradation. But the researchers are also careful to note that the mealworm-excreted flame retardants are still there; this doesn’t fully remove them. It’s not as good a solution as fully phasing out materials like these, but it could help.

Correction: An earlier version of this story incorrectly referred to the material consumed by mealworms in the study as Styrofoam, a trademarked variety of polystyrene foam, which is used to make insulation. We regret the error.

Is this something we can do at home? Is there something else we should be feeding meal worms as well? Usual apple or moist food?

Popular
Alaskan Salmon Face a Stream of New MinesBecki Robins
7 Smokable Plants You Can Grow That Aren’t MarijuanaBrian Barth
Why Don’t We Eat Turkey Eggs?Dan Nosowitz
Where Has All the Mustard Gone?Chloe Faure
Goat Sex: Everything You Wanted to Know But Were Afraid to AskAndrew Amelinckx
Explore Modern Farmer
Related
Animals, Environment, Technology
Alaskan Salmon Face a Stream of New MinesBecki Robins
Animals, MTMF
Meet the Maine Teenager-Turned-Landscaper Thanks to Grazing GoatsBridget Shirvell
Animals, Environment, Health
To Stop New Viruses Infecting Humans, We Must Protect Bat HabitatAlison Peel, Peggy Eby, Raina Plowright
Animals, Food & Drink, Lifestyle
The Great (Sticker Shock) ThanksgivingLindsay Campbell
wpDiscuz
We use cookies on our website to give you the most relevant experience by remembering your preferences and repeat visits. By clicking “Accept”, you consent to the use of ALL the cookies.
Cookie settings ACCEPT
Privacy & Cookies Policy