The question here is whether OG means original gangster or organically grown. In the case of this farm fraudster, both might apply. 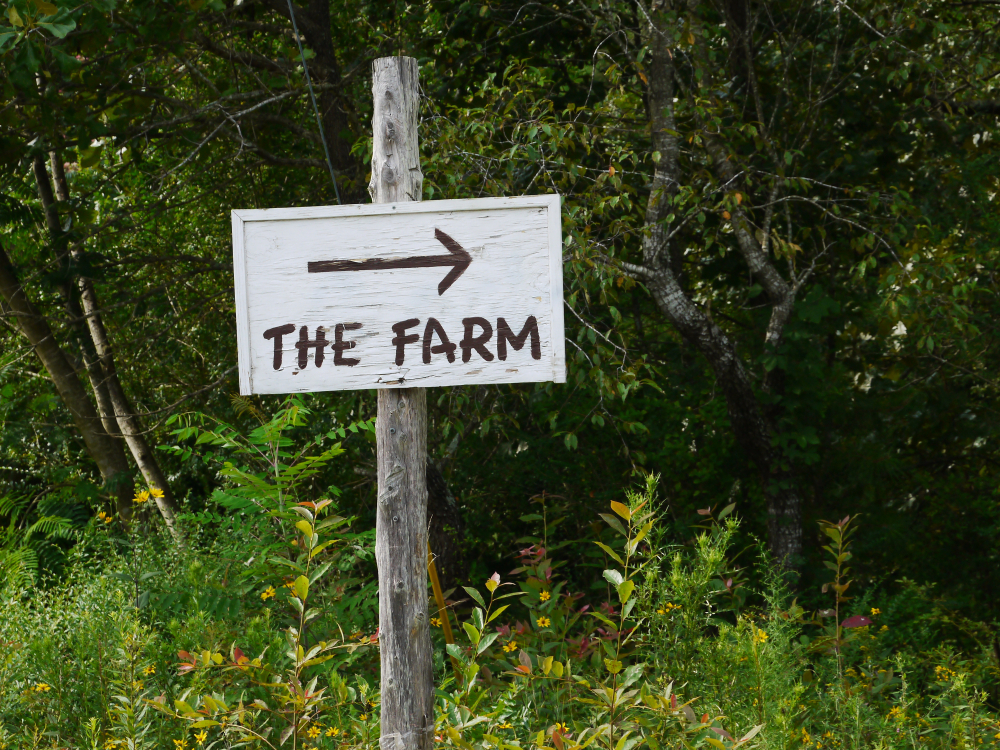 This sign points the way to The Farm, one of the oldest hippie communes in the US.
Photography by Michael Stephens on Shutterstock
Share
Tweet
Pin
Email

Who said agriculture was dull? This month’s round-up overflows with crime, intrigue, and hippies.

Are Communes Making a Comeback?

Yes, and with surprising pizzazz. For several years, we’ve seen reports about the return of the commune, a trend attributed variously to millennials deciding modern society is not for them and boomers retiring and moving back to the land. The number of so-called “intentional communities” in the Foundation for Intentional Communities directory doubled between 2010 and 2016. But this month, the trend received an affirmation from one of the most hallowed trend-setting publications in the land—the New York Times Style Magazine, which published a lengthy treatise on the topic accompanied by page after page of lushly photographed hippies hanging at their off-grid, communal digs.

Trump High on the Hog

Despite impeachment proceedings, President Donald Trump is having an excellent January: He signed a trade deal with China, and the next day, Congress approved USMCA, the new NAFTA, both of which he hailed as victories for farmers suffering from trade war-induced trauma. It’s “pretty much all for the farmers,” he remarked shortly before signing the deal with China. The White House put on a lavish ceremony to celebrate the achievement, but it did not appear that any farmers were invited. Instead, the 80 invited guests included a significant delegation of billionaires, banking big-wigs, and other corporate titans. The New York Times described it as a “love fest for the mega-rich.” It was lost on no one that, while the deal might save some farmers from bankruptcy, it will certainly line the pockets of corporations that sell to China. “This is the biggest deal there is anywhere in the world by far,” said the president. “I made a lot of bankers look very good.”

Bear bile, harvested from bear gallbladders, has been revered for its medicinal properties in parts of Asia for millennia. In ancient times, when the human population was sparse, meeting the need for bear bile didn’t harm many bears; but now that there are billions of people in Asia, a horrifying bear bile industry has emerged. Bear “farms,” where the animals are confined to small cages with a tube permanently inserted into their gallbladders for “milking” bile, are found in several Asian countries (the bears typically do not live long under these conditions). Another source of bile: killing wild bears and taking their gallbladders. Hunters around the world, including in the US, engage in this barbaric industry, which typically leaves the rest of the animal’s carcass unused (the gallbladders are worth more than $1,000  apiece). That is why, this month, Senators John Kennedy (R-LA) and Cory Booker (D-NJ)—the latter a well-known advocate for veganism—introduced the Bear Protection Act, proposed legislation that will establish harsh penalties for importing and exporting bear gallbladders.

Modern Farmer has reported on organic labeling fraud in the past, including the case of Randy Constant, the Missouri farmer who sold more than $120 million worth of “organic” grain over the past decade that turned out to be falsely labeled conventional grain. Last year, Constant was sentenced to 10 years in federal prison and ordered to forfeit his $120 million-plus profits from the scheme to the government. He committed suicide the following day. This month, the Kansas City Star published an exhaustive exposé on his life, revealing that his grain scheme was not the only thing he was hiding. Considered a clean-cut, church-going family man by virtually everyone who knew him—he was president of the local Future Farmers of America chapter—Constant led an extravagant double life financed by his grain profits. According to the Star, he took 20 trips to Las Vegas in a seven-year period, where he spent hundreds of thousands of dollars on gambling and prostitutes. In Vegas, he supported three different women with whom he had extramarital affairs, including one on whom he “spent $110,000 on her car payments and other bills, a trip to Spain and surgery to enhance her breasts,” said the Star.

Related
History
Tobacco Field Where Martin Luther King Jr. Worked Preserved as Historic SiteEmily Baron Cadloff
Million Gardens Movement, Plants
SNAP Benefits Can Be Used to Buy Seeds. Why Isn’t That Well...Emily Baron Cadloff
USDA Increases Rates for School Lunch BudgetsDan Nosowitz
Labor, Politics
Maine Governor Denies Farmworkers the Right to UnionizeDan Nosowitz
wpDiscuz
We use cookies on our website to give you the most relevant experience by remembering your preferences and repeat visits. By clicking “Accept”, you consent to the use of ALL the cookies.
Cookie settings ACCEPT
Privacy & Cookies Policy