Twice a month our writer cooks from the book and decides if these farm-to-table recipes are worth the investment. 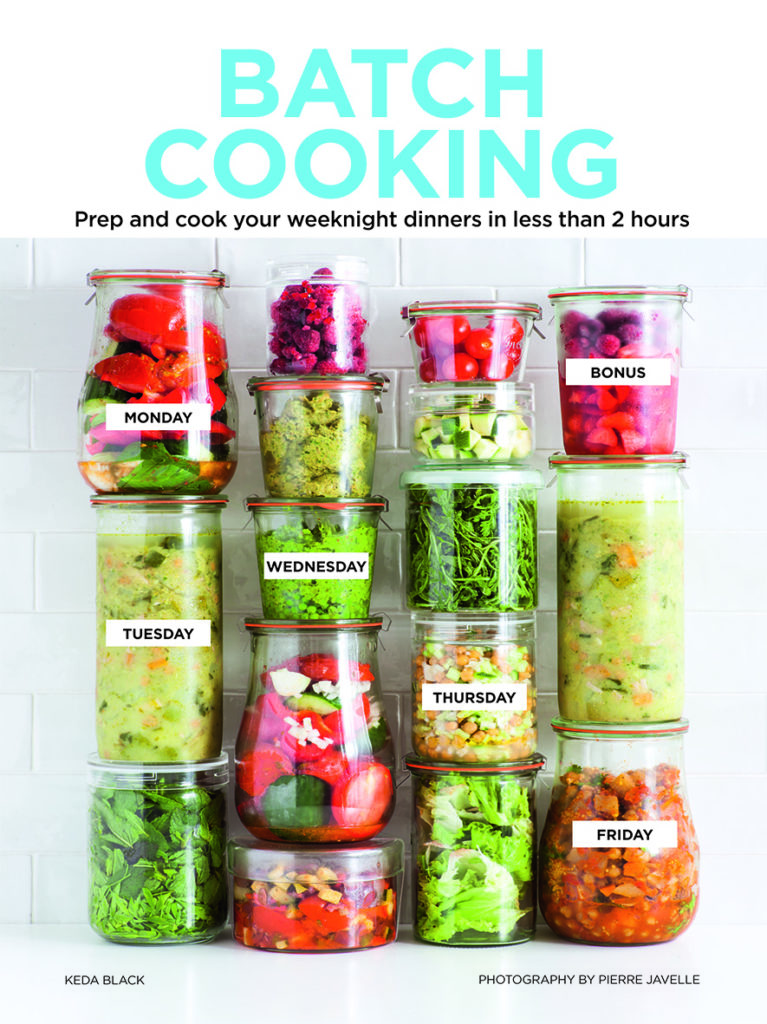 Is 2020 the year you’re finally going to get organized, eat properly and save money by cooking at home all week? Most of the many cookbooks promising to simplify weeknight dinners rely on snowballing leftovers, or cooking huge batches of soup and jam-packing your freezer. Batch Cooking (Hardie Grant; $24.99) by Keda Black is a little different: Invest two hours on Sunday prepping ingredients and making basic recipes, with the promise of spending just 10 minutes each night putting together dinner. The book includes 13 seasonal menus of five dinners plus one “special treat” (usually a dessert) for four people. This is a superbly designed book with a visual shopping guide for the week, illustrated step-by-step Sunday prep instructions, and directions for assembling dinner Monday through Friday. The menus minimize leftover ingredients: lemongrass in Tuesday’s Thai noodles is used in the soup on Thursday. The book contains vegetarian substitutions, and it even tells you how many storage containers you’ll need.

Batch Cooking doesn’t include recipes in the traditional sense, because you’ll prep a sauce or a stock that’s then divided up and used in multiple meals. Therefore, I had to test out an entire week’s menu. I opted for a fall menu that included baked eggs with mushrooms, roasted vegetables with mozzarella, spaghetti with meatballs, a pizza with cabbage and fennel, a cabbage and split pea soup with meatballs, and a bread pudding. Overall, the system works beautifully, but you have to stick to the instructions to the letter and in the order given. It quickly became confusing when I tried to adjust things to make a half portion of one dish, or skip ahead—instructions such as “add the remaining sliced shallots” don’t make a lot of sense if you haven’t used any shallots yet. The resulting meals were great if not spectacular; perfectly acceptable weeknight dinners that really were delivered in the promised 10 minutes.

This book is not the answer for our family of two people who often have evening commitments. But I can see it being an absolute boon for busy families of four that just want someone to tell them what to cook and how to get there with minimum fuss. For them, Batch Cooking is a highly practical (if a little inflexible) prescription for getting a wholesome, home-cooked meal on the table five nights a week.

Wendy Underwood tests out cookbooks weekly on Instagram at @kitchenvscookbook.