Bison Are Farmers, Sort Of 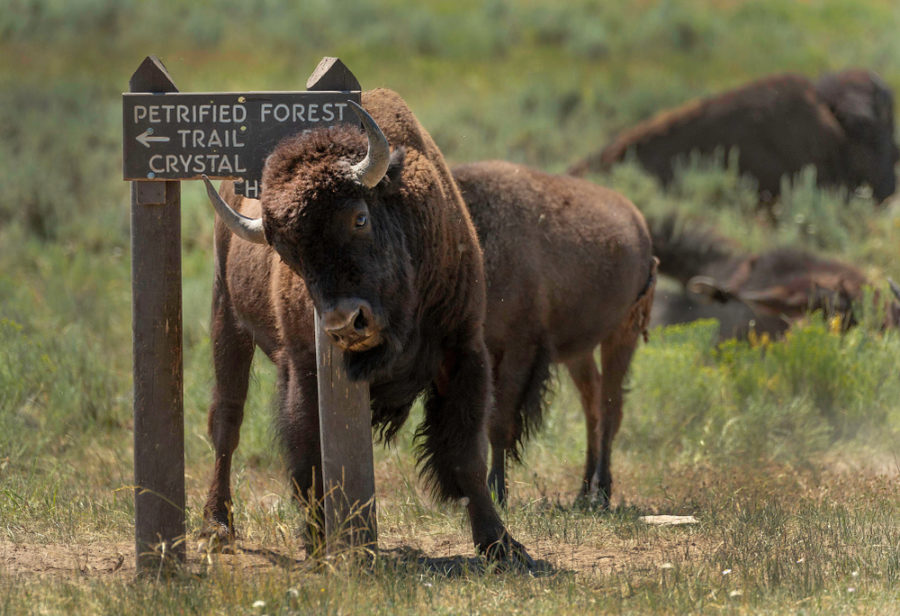 The American bison, which today lives only in a few small pieces of its pre-European-contact territory, remains nevertheless an icon of the West.

Bison have made a small comeback thanks to careful management, and they have even been farmed for meat for a few decades, but the great American West looks very different now than when the bison roamed in huge herds. A new study finds that extends even to the grass and soil.

The study was conducted over a whopping ten years, and it included work from NASA (which provided satellite imagery), National Park Service, US Geological Survey and the universities of both Wyoming and Montana. All of these groups set out to track and monitor bison in Yellowstone National Park to figure out exactly how they migrate and graze, and to determine the ecological effects of their behavior.

Much of this information isn’t known simply because there are so few wild bison now compared with a few hundred years ago. But the researchers did learn that bison have very different grazing patterns than other animals. Instead of steadily moving to new areas in search of fresh grass, the bison repeatedly return to the same few spots. They thus end up more thoroughly grazing those areas.

The combination of aggressive, specific grazing and bison dung—a great fertilizer—means that the areas picked by the bison continually send up fresh green shoots. In fact, the areas grazed by bison were significantly healthier by some metrics than other areas: the soil became richer, and the actual grass contained more nitrogen compared with carbon than other grass. That higher nitrogen content is associated with a more nutritious food, meaning that the bison are essentially farming themselves nicer meals.

It’s also a nice bit of information to add levels of understanding to what’s known as the Green Wave Hypothesis. In that hypothesis, grazing animals—whether they’re deer or geese—follow migration patterns of fresh spring grass. But the bison don’t seem to do that. Instead, they make their own.