These brazen crimes can wipe out a farm’s annual harvest. 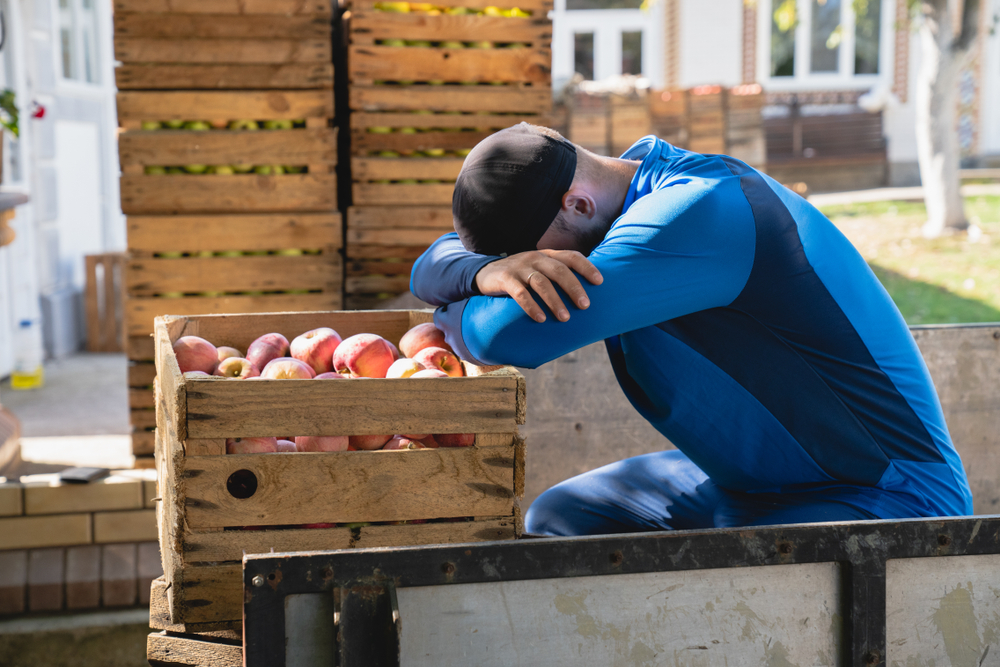 This is a stock image, but the emotions are all too real.
Photography by Vasyl Nagernyak on Shutterstock
Share
Tweet
Pin
Email
1K Shares

In under a month, three large-scale harvest heists have hit farms in the Midwest.

Agricultural theft is not itself unusual; there are a lot of valuable products and equipment on farms. But a rash of bold, enormous thefts in the Midwest are hitting farmers right where it hurts: a year’s harvest, at the most important time of the year for crops like apples and pumpkins.

Though most farmers have insurance to deal with everything from bad weather to trade wars with China, agricultural theft is still a tremendously damaging crime to businesses that are often just barely hanging on. We’ve seen many beehive thefts, thefts of large quantities of walnuts, and, increasingly, thefts of industrial hemp (which, again, will not get you high if you smoke it). In Michigan and Indiana, three large thefts of just-about-to-be-harvested crops have made local and even national news.

In September, thieves made off with 50,000 golden delicious apples from Williams Orchard in LaPorte, Indiana. Williams Orchard is a huge farm; the owners say that’s about ten percent of their annual apple crop. McCallum’s Orchard, in Jeddo, Michigan, suffered a loss of as many as 1,000 pumpkins on October 7. And now, Spicer Orchards, in Linden, Michigan, reported a theft of about 7,000 pounds of apples from their farm.

These are unusual thefts due to their size and sophistication. It’s no easy task to harvest and escape with that many apples. The owners of Spicer Orchards check their fruit once every four days to see how they’re coming along, and discovered the theft on October 9.

Farmers allegedly found tire tracks in the grass, and told their local ABC affiliate that the theft would have required three or four trucks. Both ripe and unripe apples were taken, which could indicate that the thieves didn’t know how to distinguish—or that they were more concerned with timing.

But the completeness of the job and the fact that the job took place at all are both indicators that the thieves know the fall harvest industry well. Not just anybody can sell tens of thousands of apples on the grey market before they go bad; those thieves likely had a buyer lined up.

According to the Detroit Free Press, the farmers are all installing new security camera systems. (Some had security cameras already, but according to WDIV, they point away from the orchard during the hunting season.) Police have not confirmed or denied the possibility that the thefts are connected.