Two groups are angry at Tyson for its feints towards positive environmental practices. 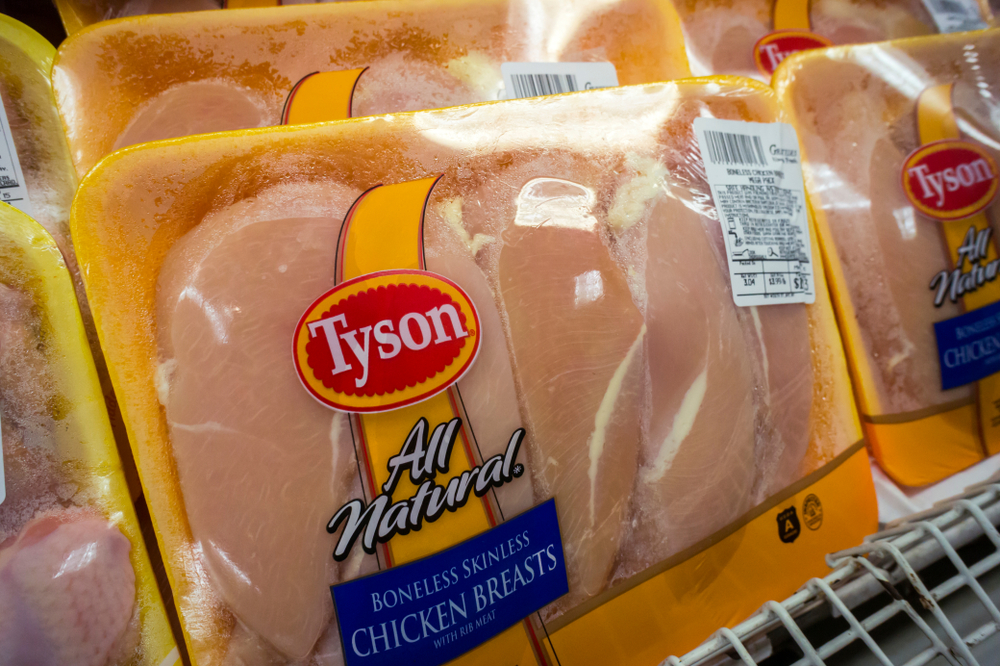 Labeling of food is a minefield; the FDA has many rules about what companies can and cannot say on their packaging and in their advertising, but there are combine-sized holes through which companies can drive.

We’ve written before about the word “natural” or “all-natural,” which can be printed on packages by anyone, at any time, for any reason or for no reason at all. That’s just one of the many ways that companies, especially agribusiness giants, can make themselves appear more in line with progressive food ideals than they actually are. And now, Tyson is getting sued for it.

As Americans become steadily more conscious of where our food comes from, there’s increasing pressure on producers to cater to those desires. Sometimes, that pressure can effect actual change; sometimes, companies would prefer to keep their costs where they’ve always been, and just adopt the veneer of respectability. A chicken company, for example, might advertise that it’s “hormone-free” or “raised without hormones.” This is perfectly legal to print, but highly misleading. After all, it is completely illegal for any chicken, organic or conventional, to be given hormones.

The Organic Consumers Association and Food & Water Watch, two activist groups, have joined together to file a lawsuit against Tyson Foods, alleging misleading tactics. They do not seek monetary restitution, instead asking for all offending language to be removed from packaging and advertising materials.

These groups find issue with several of the ways Tyson markets itself. In one video, a Tyson representative calls the company “stewards of the land.” Tyson’s website uses the phrases “commitment to conservation” and “dedication to environmental leadership.” In Instagram posts, the company has used the hashtag “#sustainable.” Another video finds a Tyson representative saying, “We’re stewards of the animals we raise. It’s our responsibility to take care of them as humanely as possible.”

These claims, while vague (how would you even measure if someone is a “steward of the land”?), imply, says the lawsuit, that Tyson’s operations are conducted with an emphasis on environmental sustainability and humane treatment of birds. But that, of course, is not the case; Tyson has earned fines for dumping waste into the Chesapeake Bay waterway, another for dumping into a Missouri river and killing lots of fish, and more. The company’s animal welfare program is full of similar problems, including recently being caught in an animal cruelty scandal in Virginia.

Whether this is a winnable suit is a matter left to the courts, but certainly it also aims to bring attention to the problem of food labeling and marketing in the United States. Heavy implications of responsibility aren’t the same thing as actual responsibility; should companies be allowed to conflate them?

Well, evidently the Supreme Court decided to agree with the “Pom Wonderful” company that lying about food products is a form of PROTECTED FREE SPEECH!

I don’t trust anyone or anything in this country. Under all the rules of companies suing Cuba, Valenzuela, etc., and the operating guide we support in Israel then the South Americans, Mexicans and Native Americans should be legally able to take America back from the Europeans and whoever else is living here!