Mertensia maritima works swimmingly as a substitute for oysters. Vegan bivalves, anyone? 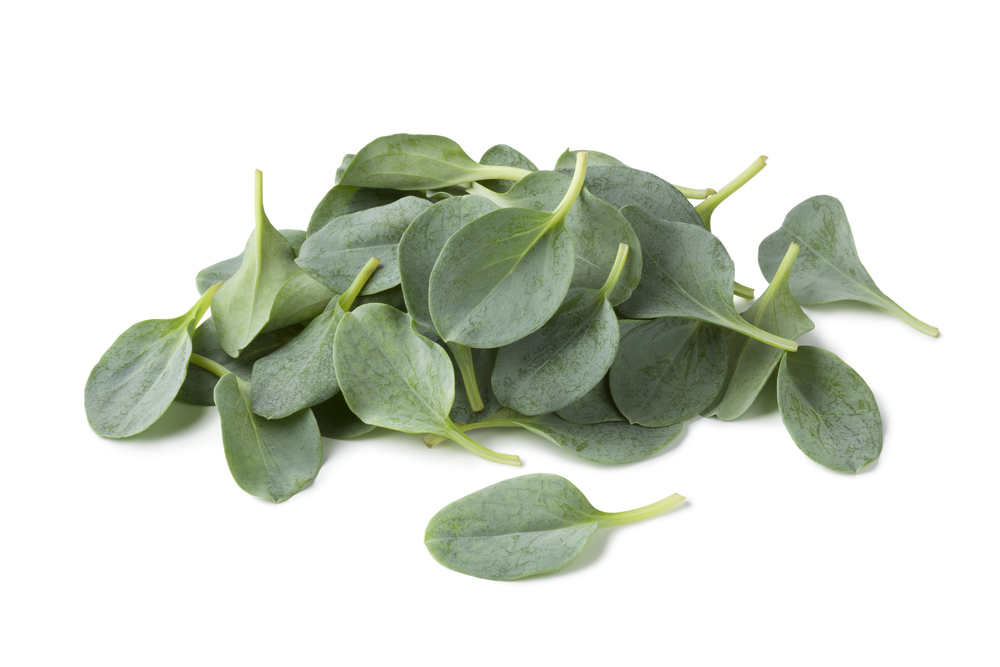 Chefs looking to add a whiff of sea breeze to their dishes generally reach for the crunch of slender salty sea beans or seaweed. But another maritime ingredient is as surprisingly pleasant a find as discovering a shiny pearl in a just-shucked Kumamoto.

Mertensia maritima, more commonly called the oyster leaf, is grown in the Northern Hemisphere, as far north as Canada and Greenland. The plant looks like a cross between Italian basil and sage, with wide greenish-grey leaves that are a bit fuzzy or waxy. But the resemblance to either herb ends right there. Call it sleight of hand or the coolest kitchen parlor trick, but nibble on a leaf and you’ll swear you just slurped back an ice-cold oyster.

“Oyster leaf is amazing,” says Dave Beran, the former chef of Alinea and Next in Chicago and current chef of Dialogue, an 18-seat tasting-menu-focused restaurant in Santa Monica, California. “It has a succulent-like texture, with leaves that are thick and have a good amount of liquid in them.” His completely vegan dish, meant to mimic the bivalve on the half shell, tops ginger rice yogurt, lychee and frozen mignonette with a sprig of oyster leaves. “They have a briny, oyster-like flavor and great aesthetic,” he says.

After researching historic Ozark cuisine and learning that oysters were shipped up river from New Orleans as early as 1840, Rob Connoley, chef at the soon-to-open Bulrush in St. Louis, Missouri, added a dish that pairs fried Gulf oysters with pickled oysters, brine foam, pawpaw “caviar” and a fresh oyster leaf dressed in a sorghum vinaigrette. “The play between actual oysters and oyster leaf is a fun way to introduce our guests to two sources of our cooking: history and forage,” he says.

Speaking of classic Americana, The Hangtown Fry dates back to the California Gold Rush of the 1850s, when legend has it that a prospector who struck it rich wanted to show off his newfound living-high-on-the-hog status and asked for a dish with the most expensive ingredients at the time, which turned out to be eggs, bacon and oysters.

You can grow your own oyster leaves, but there are several purveyors who sell them. Chris Fusaro, chef of the rustic New American restaurant North Fork in Manhattan’s West Village, sources his oyster leaves from Fresh Origins Farm in California. He steams them for a bed of couscous cooked in beet jus and Atlantic sea bass and chops them in a romanesco-like spring onion sauce for scallops.

Tucker Taylor, a master culinary gardener for Kendall-Jackson, obtained oyster leaf seeds from a source in France and has been growing his own for 10 years, serving them with a dollop of crème fraîche and caviar to winery tasting room guests. 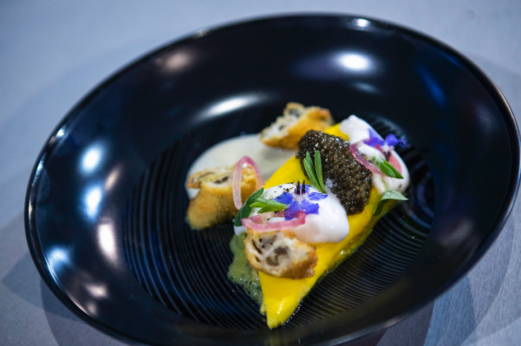 This is Timothy Hollingsworth’s Hangtown Fry with oyster leaf. / Photo courtesy of Netflix and The Final Table.

Hollingsworth also raises this unique component in the vertical gardens at Otium’s mezzanine. “The leaves look like they could be any other herb,” he says, “but they are oceanic and bright in an unexpected way, bringing a little sense of wonder to a dish.”

Very interesting I will order some