Many of the so-called "weeds” in your garden might actually be totally safe - and tasty! - to eat. 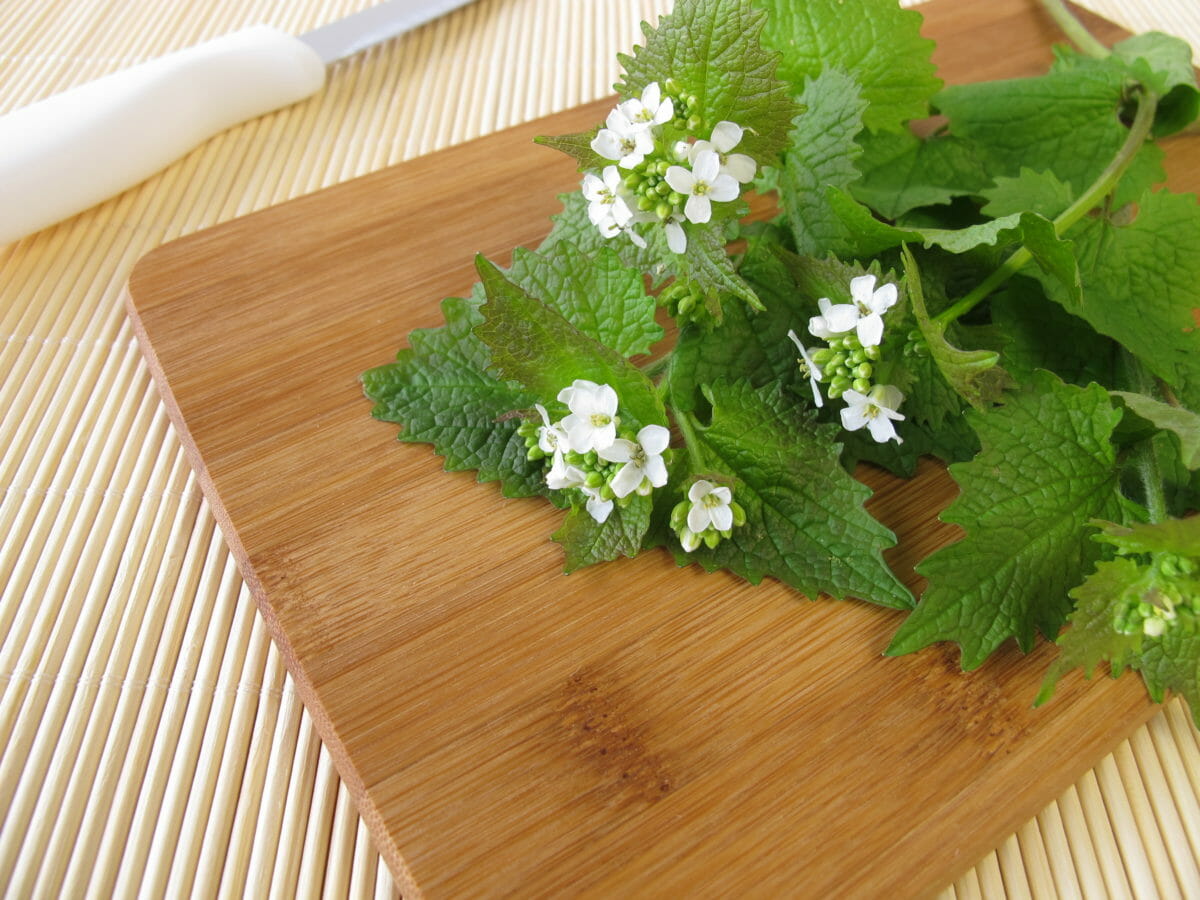 Many of the so-called "weeds" you find in your yard or garden are actually edible - and quite delicious! Pictured here is mustard garlic, which tastes like, yes, mustard greens with a hint of garlic.
Photography By Heike Rau / shutterstock.com
Share
Tweet
Pin
Email
4K Shares

We may not realize it, but an unkempt, uncultivated backyard is often full of food, especially edible greens. Many are in fact feral cousins of gourmet crops, and they typically pack more nutrients per leaf than their cultivated kin. They are almost always more potent in flavor. You likely have a few of the following species growing in your backyard already*. Let’s learn more

*The species listed here are fairly easy to identify and are unlikely to be confused with toxic species that have a similar appearance. Still, never eat a plant unless you are 100 percent sure of its identity. 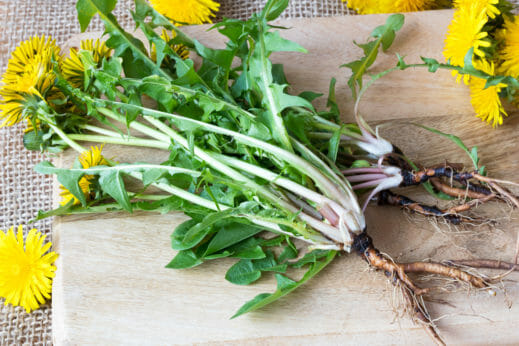 This homely plant is extraordinarily difficult to eradicate, but easy to harvest. The leaves, roots, and even the flowers all have myriad edible and medicinal uses. But the most straightforward one is to simply pluck the small leaves found at the center of a dandelion clump (these are most tender and least bitter), chop finely and sprinkle them in salads, to which they add a delightfully tangy flavor. The yellow petals make a nice garnish. 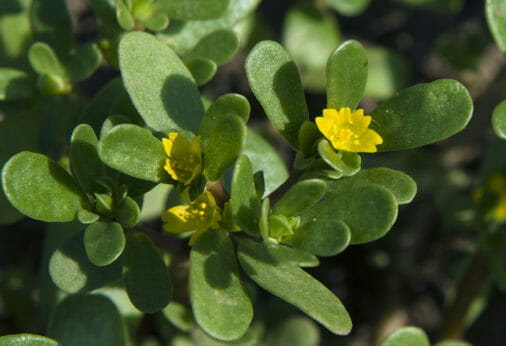 The thick teardrop-shaped leaves of this weed have an unusual succulent, mucilaginous texture, like a cross between spinach and okra. Purslane’s mild taste balances out the stronger flavors of many other weed species when mixed together in a salad. 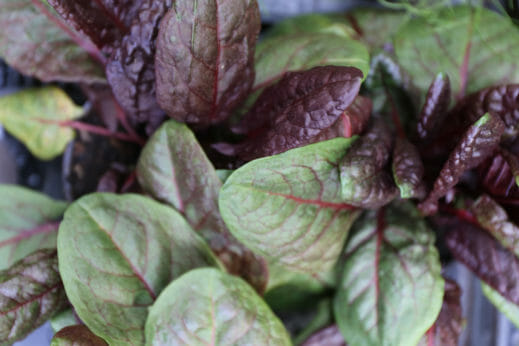 This weed is closely related to French sorrel, a gourmet green with a famously tangy flavor. The arrow-shaped leaves of sheep sorrel are nearly identical in taste, though they are much smaller and have a slightly bitter edge. You wouldn’t want to eat a salad comprised only of this plant, but chopped finely it is a delicious ingredient. 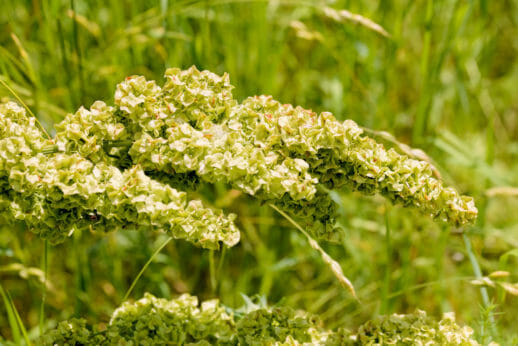 Another tangy relative of French sorrel, the leaves of curly dock are much larger than sheep sorrel. They are also tougher, so be sure to harvest the younger ones and use sparingly in salads. 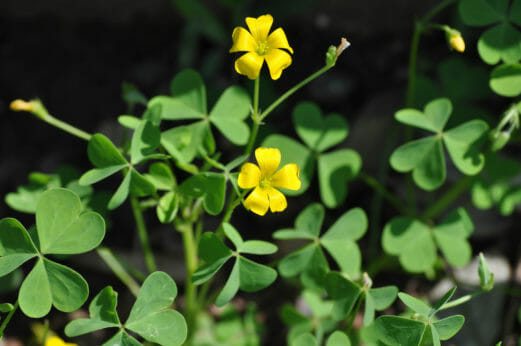 Despite the name, this plant is not related, botanically speaking, to other sorrels. But it shares a similar tangy flavor. It differs in texture, however, with soft, almost succulent leaves.

This is one of the most common garden weeds, and one of the most palatable. They make a fine spinach substitute in salads. Lamb’s quarters can grow head-high, but the leaves are most tender on plants that come no higher than your knee. 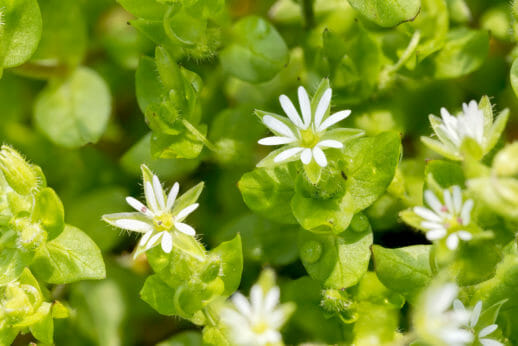 The leaves are tiny on this twining, sprawling plant, so you’ll want to harvest whole clumps, stems and all, for salads. Chickweed is one of the few weeds that can match baby lettuce in its tenderness and neutral flavor. 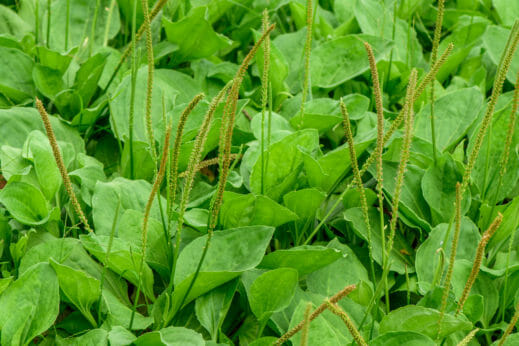 Somewhat thick and chewy, plantain leaves must be used sparingly in salads. Select the smallest, most tender ones and chop them finely. They are fairly neutral in flavor but packed with nutrients. 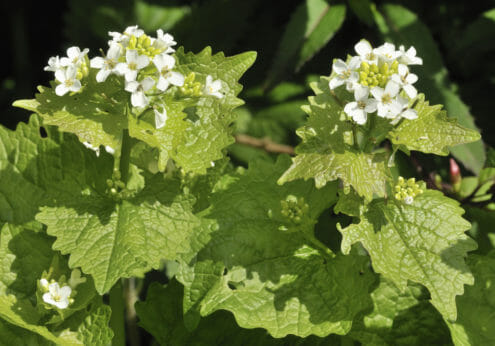 This weed tastes like mustard greens (to which it is related), with a hint of, you guessed it, garlic. Harvested when young, the leaves are reasonably tender – though if the plants grow up tall and produce flowers, you can eat those, too. 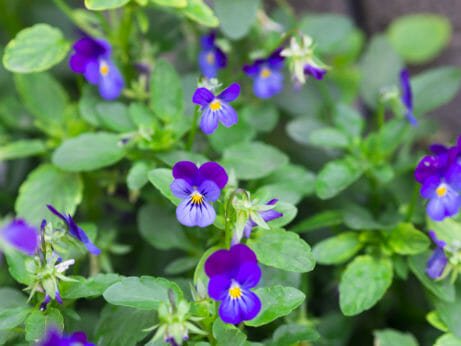 The leaves of all violets and violas are edible, including the tiny weedy ones that often invade lawns and gardens. The dainty flowers are tasty, too.

If there are food shortages, this is likely to come in very handy.

Didn’t know weeds were so good for you

Purslane is the terrestrial plant with the most omega3 fatty acids
(That is very good). Wood sorrel has to be eaten in small quantities if you are prone to have kidney stones( specially do not mix it with creamy dressings with dairy).

Where can I send a photo to identify my weeds?

Is there an app perhaps to identify names of weeds/flowers

I found a round leaf plant with reddish stems. Is it edible or not,.

FL. has lots of dollar weed, is it edible