That's a lot of bees. 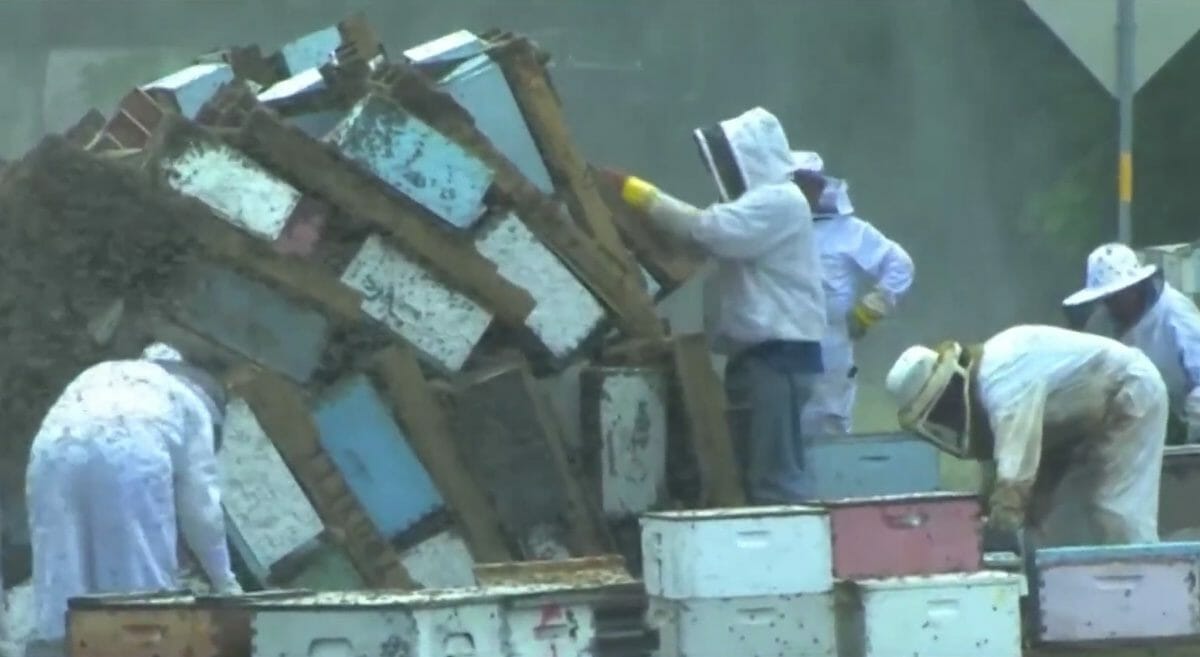 But the honeybee isn’t even native to the U.S., and wild bees are tricky to corral, so someone has to be responsible for the transportation of huge numbers of bees. And sometimes, on the way to its destination, one of those bee-filled trucks has an accident. The most recent: a truck carrying a reported 15-30 million bees – pretty wide range there, but fair to say “a lot of bees” – overturned on a highway in East Texas.

According to the local CBS affiliate, the truck overturned near Paris, Texas. First responders quickly arrived, several of whom were stung though no one was seriously injured. Shortly after, a team of beekeepers was called in to remove the bees. A witness described hundreds of escaped bees pouring out of the truck.

This is not nearly the first time this has happened, though it is one of the largest spills we’ve seen. There have been crashes in California, in Idaho, and in Washington (among others) in recent years. Escaped bees are hard to gather; in this most recent crash, beekeepers brought in a queen to try to attract errant bees back to a hive, though sadly in other cases, authorities have had to kill bees out of fear for the public.

This amount of bees is also a very valuable shipment – a previous 14-million-bee shipment was estimated at about $100,000.

[…] a bee truck crashes, “it’s a mess,” Nelson told me. It happens, and when it does, beekeepers will try to save their wares. If the queen bee stays in the hive, […]

Popular
7 Smokable Plants You Can Grow That Aren’t MarijuanaBrian Barth
The Fertilizer Shortage Will Persist in 2023Shea Swenson
Agricultural Runoff Pollutes Well Water, a ‘Public Health Crisis In the Making’Madison McVan, Investigate Midwest
Move Over, Mezcal. A Sustainable Tequila Alternative Is Taking Over.Hollie Stephens
Why Don’t We Eat Turkey Eggs?Dan Nosowitz
Explore Modern Farmer
Related
Features, Food Security, Labor
The Rise of Virtual Farmers MarketsLeah Borts-Kuperman
Environment, Labor, Water
California Farms and Farmworkers Attempt to Recover From Record FloodsNaoki Nitta
Food Security, Labor, news
A New Egg Co-operative Has Hatched in the Western U.S.Lindsay Campbell
Food Waste, Plants, Technology
New Solar Panels Allow Farmers to See the LightNaoki Nitta
wpDiscuz
We use cookies on our website to give you the most relevant experience by remembering your preferences and repeat visits. By clicking “Accept”, you consent to the use of ALL the cookies.
Cookie settings ACCEPT
Privacy & Cookies Policy